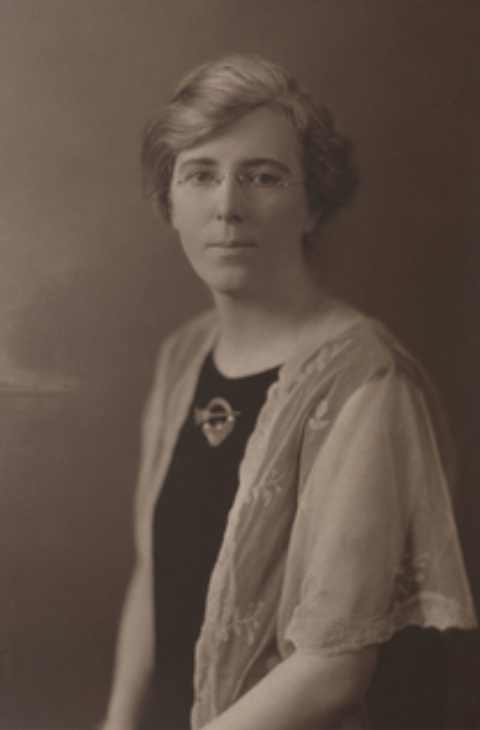 Like many women deserving of greater recognition, Kathleen Daly Clarke is often overshadowed by her famous husband, Thomas, one of the men who proclaimed the Irish Republic and was shot by the British for their role in the Dublin Rising of 1916; however, without his wife, Thomas Clarke would never have been able to achieve what he did. Mrs. Clarke was not only instrumental in helping Ireland achieve its independence, but she was also an early Irish feminist, as well as the first female mayor of Dublin. Her life story is defined by her fervent Irish nationalism and her willingness to sacrifice for an independent Ireland.

Clarke was born on April 11, 1878, in Limerick city; the third of 10 children born to Edward and Catherine Daly. She was presumably educated at the Presentation Convent Primary School and probably completed her formal education by the age of 14. According to the 1901 Irish census, she was able to read and write and speak both English and Irish. When Kathleen was 12 her father died, and with an uncle in prison, the family confronted poverty, but an uncle who had made a fortune in Australia returned to help the family, paying for a dressmaking apprenticeship for Kathleen.

A talented seamstress, Kathleen flourished as a dressmaker and at age 18 opened her own successful dressmaking business. Later, her sale of the business helped finance her family’s passage to America and initial expenses there.

Her family was passionately committed to Irish freedom. Her father and her uncle were members of the Irish Republican Brotherhood who were jailed in 1866 for running a munitions factory close to their home. They were released in time to take part in the failed Fenian Rising of 1867. Her uncle John avoided arrest by escaping to America. In 1884, he was again arrested in England as a terrorist in a Fenian bombing campaign and sentenced to life in prison. While in prison, Daly befriended another incarcerated Fenian dynamiter, Thomas Clarke, a Dungannon, County Tyrone republican who had been part of a Brooklyn Fenian cell. Clarke was released in 1898 after 15 years of brutal treatment.

Kathleen first met Clarke in March 1899 when her uncle invited him to visit the family home. Released from Portland prison just five months earlier, Clarke, emaciated, haggard, and weak, presented a pathetic physical appearance that did not attract Kathleen physically. Fiercely republican herself, she looked beyond the shy older man’s poor looks and social awkwardness, seeing instead his strength, dignity, intelligence, and courage. Kathleen and Clarke fell in love, much to the consternation of Daly’s mother, who did not approve of Clarke’s being 20 years older than her daughter, nor his precarious financial position. Nevertheless, they married, and their partnership gave Thomas emotional security and someone with whom he could share every secret of his secret life.

The Clarkes emigrated to New York where they soon settled in Greenpoint, Brooklyn, where Clarke had lived previously. They became active politically in Clan na Gael, and Thomas became an assistant editor for John Devoy’s newspaper, The Gaelic American. The Clarkes were also Irish language enthusiasts who established a Greenpoint branch of the Gaelic League. Thomas once lost his employment during their Greenpoint years, and the couple survived on income from a candy shop Katherine ran on Nassau Avenue. The Clarkes had a son, the first of three children, and prospered in America. They bought a farm in Manorville, Long Island, and made money, but their goal was always to return to Ireland to fight for Irish freedom.

In 1907, Tom, aware of the likelihood of a European war, along with a rising tide of Irish nationalism, sensed an opportunity to strike a blow against British imperialism. The Clarkes returned home, and Thomas set up a tobacco shop in Dublin, which was little more than a front for his revolutionary activities. Setting up a branch of the Republican Brotherhood, while also acting as a Clan na Gael liaison, Clarke’s shop became a center of republican plotting, which was watched closely by Crown police detectives. Tom was promoted in early 1910 to the Supreme Council of the Irish Republican Brotherhood, making him one of the most important Irish Republicans. The Clarkes had two more sons, Tom, born in 1908, and Emmet, born in 1909, but their family focus was always preparing for an Irish rebellion.

Thomas also helped establish the Irish Volunteers in late 1913, with Kathleen’s brother Ned becoming one of its first members. Ned later became Commandant of its First Battalion at the age of 23. Eager to play her own part in the struggle and help the Volunteers, Katherine became one of the founding members of Cumann na mBan, the Irish women’s branch of the volunteers when In 1913, she joined a number of other women at a meeting at Dublin’s Wynne’s Hotel that led to the organization's creation. 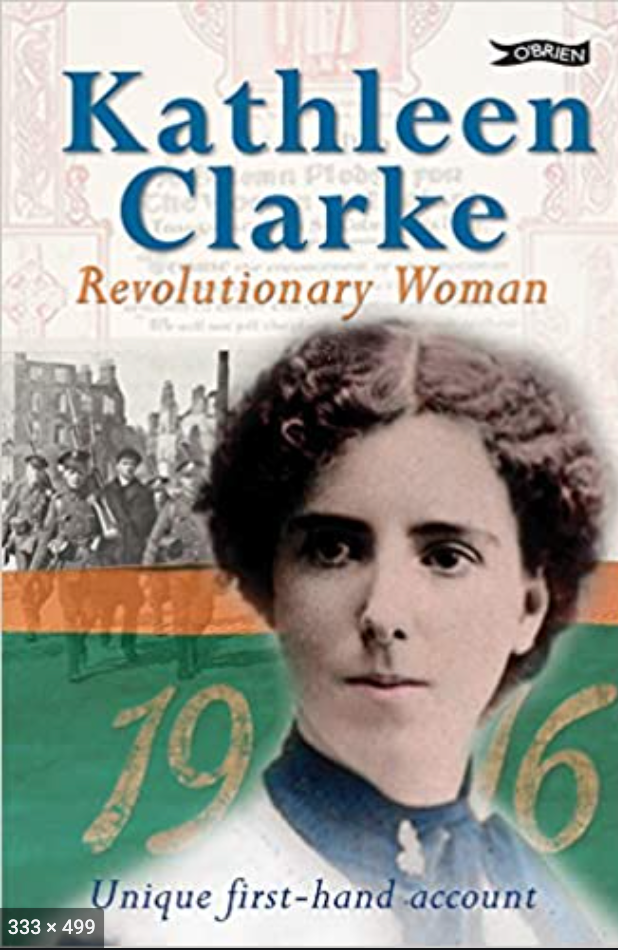 In 1915, Clarke and Sean MacDermott also established the Military Committee of the Irish Republican Brotherhood, which was planning the Easter Rising. Thomas was instrumental in making the death of the celebrated Irish Fenian O’Donovan Rossa a prelude to the rising, brilliantly conceiving Rossa’s funeral as a drama, pageant, armed propaganda, and recruiting platform for rebellion. He controversially chose famous orator Padraig Pearse to make Rossa’s funeral oration, telling him to throw caution to the wind and make an incendiary speech, which became one of the most famous speeches in Irish history.

Thomas famously read the proclamation of the Irish Republic on the steps of the General Post Office in the abortive Easter Rebellion of 1916. Kathleen also wanted to take part in the rising, but her husband forbid her from joining the fight. Clarke and her brother Ned were captured and sentenced to death. Katherine visited both in prison the nights before their executions. Kathleen was expecting another child, but did not tell her husband until their final meeting. She fell seriously ill shortly afterwards, exhausted by her work establishing a fund for Volunteer dependents, and lost the baby.

In May 1918, she was arrested because of an alleged ‘German plot,' and spent nine months in Holloway Jail in London, alongside Constance Markievicz and Maud Gonne, and was only released after suffering a heart attack. Kathleen was elected to Dublin Corporation for Sinn Féin, as part of the first Dáil Eireann, while also presiding as a judge in the Republican Courts. During the War for Independence, she also worked as a courier, smuggling money and weapons to the IRA. By the time the Anglo-Irish Treaty was signed in 1921, Kathleen was a vehement Anti-Treaty TD. She took the anti-Treaty side during the subsequent civil war but eventually reconciled herself to the Free State.

In 1926, Kathleen became a founding member of Eamon de Valera’s new political party, Fianna Fáil; she was also elected to the Senate, serving between 1926 and 1928, and later was elected TD again. Never afraid to voice her disagreement, in 1937 she became one of several female TDs who found fault with de Valera’s new Constitution because of its many restrictions on females. She remained a member of Dublin Corporation until 1945, earning the distinction of becoming Dublin’s first woman Lord Mayor in 1939, serving two terms before retiring in 1941 due to ill-health.

She left Fianna Fáil in 1943, after breaking with de Valera, and stood unsuccessfully for Sean MacBride’s Clann na Poblachta party in 1948. She lived with her son in Sandymount for many years before leaving with her son Emmet and her grandchildren for Liverpool. She died in England in 1972 at age ninety-four, receiving the honor of an Irish state funeral before being interred in Glasnevin Cemetery.

My father Tim O'Regan was friendly with the Clarke family and often visited them in Dublin. see - Peter O'Regan, Sergeant, R. I. C. Athenry - ATHENRY.ORG

Wow,
Interesting. When I am in Ireland I want to visit Tom Clarke's grave.