The image above on the left is a detail from Richard Bartlett's A.D. 1602 map of Ulster showing the inauguration of the O'Neill chief/king at Tullyhogue, County Tyrone. Bartlett has been called, "The Queen's Last Map Maker."  The man standing on the right holding up a shoe is the O'Cahan, O'Neill's principal sub-chief. According to tradition, this man threw a golden sandal over the new Lord's head to signify good fortune in this "single shoe" ritual. O'Hagan, the hereditary guardian of Tullyhogue, would then place the shoe on the O'Neill's foot and present him with a rod of office.  The throwing of the shoe may have been evolved from a tradition of throwing a shoe for good luck -- a custom which still exists in Ireland in small measure.

This is a significant detail given the date (1602) and the political landscape in Ireland at that time.  Gaelic Ireland and her nobility was on its last legs, and these inaugurations would have been few and far between at this stage.  It's a bittersweet glimpse into these final days when the great Gaelic Chieftains' days were numbered.

The image on the right above shows a larger section of Bartlett's 1602 map of Ulster.  Below is a scan of Bartlett's full map.  Below that map is a modern photograph which shows the inner meeting area near Tullyhogue, County Tyrone where the O'Neill Chieftains were inaugurated. 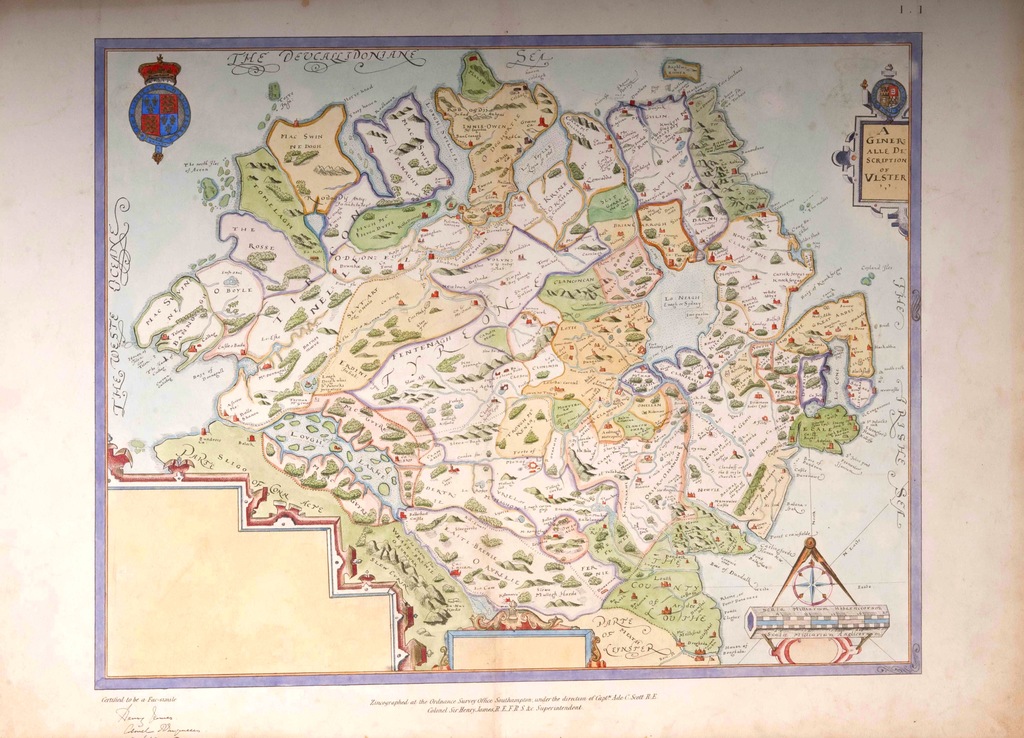 Scan of Bartlett's full map from 1602 A modern photograph which shows the inner meeting area near Tullyhogue, County Tyrone where the O'Neill Chieftains were inaugurated, depicted in the detail image at the top left of this article (Tullyhogue Fort) (Iain Crump) / CC BY-SA 2.0

'To God the Best and Greatest'

The Tullyhogue site is just outside Cookstown, heading towards Stewartstown, in Co Tyrone. There is a small carpark on the left, travelling from Cookstown, but easily missed so drive slowly. A lane from the carpark leads up through the fields to the old fort, which features two circular earthen rings around the site.

Lord Mountjoy made a point of destroying the 'stone chair' whereupon the ceremony above would have taken place. There is a story that part of the stone is built into a local church (built much later in 1735), but I'm not sure about the authenticity of that particular tale.

Wow ... great insights there, Gerry.  Thank you, my friend!

Here's an update on an archaeological dig at this site: