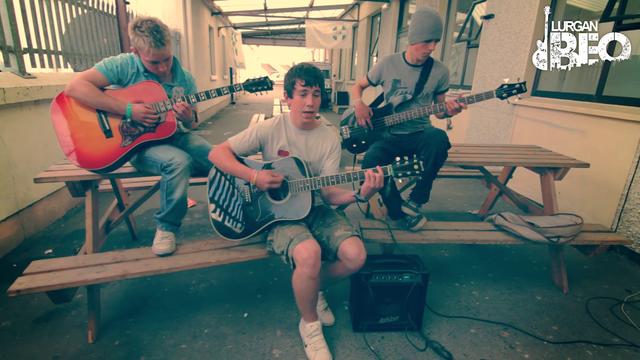 After watching the videos produced by Coláiste Lurgan in Connemara and posted here a few weeks ago, I think a few eyes have been opened.  Any eyes who are still blind to the budding revival of the Irish language amongst younger generations in Ireland are only blind because they WANT to be.

There's no doubt that Gaeilge is still an endangered language.  The measures taken through history to eradicate the language by its enemies, and even damage done by poor implementation on the part of those with good intentions, have left the language crippled.  But fresh perspectives and exciting developments over the past several years are now creating a positive "buzz" around Ireland's first official language.

Check out the kids from Coláiste Lurgan performing live on RTÉ's Late Late Show on the 13th of September, 2013:

Smashing! Among the best five minutes I've ever invested watching a video. Go raibh maith agat, Ryan a chara. Love the flash mob / cascading effect the show's producers and the kids helped create. This has made my day!

That was the best Late Late show ever.

I love this group & have followed them for a long time. This is a great version. Go raibh maith agat!  They have many great songs on YouTube to enjoy.

Enthusiatic, vibrant singing and dancing from some of the current Irish youth - Anne's advice to follow the group on You Tube provides an all too brief respite from the vicissitudes of life!