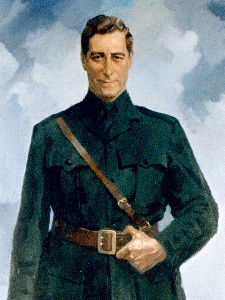 Cathal Brugha [Charles William St John Burgess] Is another man who is less known for his role in the 1916 Easter Rising. He was born and raised in Fairview, Dublin, July 1874, one of 14 children of Thomas and Maryanne Burgress [née] Flynn.  His mother was a Roman Catholic and his father was a Protestant . His father’s family cut all ties with him when he married a Roman Catholic. His father was an art dealer, so his family was raised in a manner that befitted a lower middle-class artisan family.  He was steeped in the strong family traditions of Fenians and nationalists, as his father had been a fervent Parrnellite and Home Rule supporter, as well as Roman Catholicism. Brugha would retain all of these traditions throughout his life.

Brugha  was  enrolled in Colmkille School, Dominick Street Dublin before entering Belvedere College. He had intended to study medicine, however, when his father’s business failed, his time at Belvedere College was cut short, and he left when 16.  He was an all-round athlete, excelling at boxing, cycling gymnastics, cricket and rugby and not least his education. He is said to have had a very determined, austere manner but was also kind at heart. He did not participate in smoking, drinking or swearing, his apparent mantra being 'You do not need to swear to get your point across.'

He then found himself a job as a clerk with Hayes & Finch, a supplier of church materials. Later he became a traveling salesman. By 1899 he had joined the Gáelic League, and this is when he made the decision to change his name to ‘Cathal Brugha ’-- to reflect his ongoing passion for all things Irish and the traditions that he was born into. He soon became fluent in the Gáelic language and all Irish culture.  In 1908, he was elected President of the Gaelic League's Keating Branch; he would remain as president of the Keating Branch until 1922.

It was through the Gáelic League that his was to meet his wife, Kathleen Kingston, in Birr, County Offaly, at a Gáelic class. They married in Dublin in 1912, and had six children .

He had grave misgivings about working for a British company, so he left and set up a company called Lalor Ltd. with Anthony and Vincent Lalor . It was a candle-making firm based at Lower Ormond Quay; Brugha became a director and traveling salesman, a job in which he excelled.

He joined the Irish Republican Brotherhood [IRB] in 1908. He recruited men into the IRB using his contacts around the country. By 1913 he had been made a lieutenant in C Company, 4th Battalion, of the Irish Volunteers, so that by 1914 he was said to have been battalion adjutant, and proved his worth by being named as vice-commandant to Éamonn Ceannt during the 1916 Easter Rising .

When the Asgard yacht owned by Erskine Childers and his wife landed a shipment of guns at Howth Harbour in 1914, he led the advance column of volunteers.  However, a riot ensued between the Dublin Metropolitan Police and Irish Volunteers, and while all this was happening the guns were taken and hidden in the nearby Christian Brothers grounds until it was safe to move them to a more suitable IRB-managed location. The police managed to seize 19 rifles. However, in a court hearing regarding the riot; the 19 rifles taken by the Dublin Metropoitan Police were ordered returned when the court ruled the weapons had been taken illegally.

During the 1916 Easter Rising, Brugha was badly wounded when he  became separated from his unit. He did, however, manage to single-handedly hold off a large body of British troops despite the fact that he had shrapnel and multiple bullet wounds.

Éammon Ceannt, Brugha's commanding officer, found him by chance on the 28th April – when he heard a lone voice singing ‘God Save Ireland’ taunting the British soldiers, as he defiantly clutched a pistol in his right-hand, squeezing off shots at British troops. He was propped against a wall lying in a pool of his own blood. He was subsequently taken to Union Hospital, close to death. Not expected to live, he was transferred to Dublin Castle and then George V Hospital. By August, it was thought that there was nothing more that could be done for him medically and he was discharged as incurable, by which time his detention order had expired. He made a partial recovery over a very long period of time, but was left with a permanent limp.

Brugha went on to become chief of staff of the Irish Republican Army and was was elected as a Sinn Fein MP for County Waterford 1919. All Sinn Féin MPs refused to accept the legitimacy of the Parliament of the United Kingdom, and subsequently he became the first Ceann Comhairle (chairman) of Dáil Éireann, in January 1919; Brugha held this post for only four months due to the fact that de Valera was a prisoner at this time. Upon de Valera’s release, Brugha acceded the Ceann Comhairle to him.

By July 1922, during Ireland's Civil War, Brugha was stationed at Hammam Hotel in Upper O’Connell Street. It came under heavy fire, and while others surrendered, he fought on. With the hotel on fire, he charged into the street with a pistol in his hand -- he was then shot in the thigh. He died from these gunshot wounds and is buried in the Republican Plot in Dublin's Glasnevin Cemetery.

Despite the fact that both he and Michael Collins were on the same side politically, they remained bitter enemies. However, Collins was deeply moved by Brugha's death and is on record as stating:

‘Because of his sincerity, I would forgive him anything. At worst he was a fanatic -- though in what has been a noble cause. At best I number him among the very few who have given their all that this country -- now torn by civil war -- should have its freedom.

When many of us are forgotten, Cathal Brugha will still be remembered’ Media Partner Comment by Irish Cultural Society of GC on February 8, 2015 at 4:57pm

I see, Mary, that your book "That's Just How It Was" is available at Amazon on February 21.  I'll be there at the head of the line.  John Walsh