Since the 'dead babies in Tuam' story *hit* the headlines I've read a lot about it on the internet in particular and I wonder a lot of things and this is a difficult blog to write because where do I let my thoughts go.

1. Do you have any idea of what life was like for those people (the mothers).

2. Do you remember what…

Message re one of my Facebok pages

My name is Jane Lyons, Ph.D., and I post on this page. I set this page up as an attachment to my Jane Lyons Genealogy page. This page is called Irish Genealogy, it has NOTHING to do with any professional site of the same name

This page has been set up by a…

I've just been sent a link to a 'video' of my talk at this conference and y'know, I was wrecked, had had about three hrs sleep the night before, it was 4.30pm, I was tired.

I've been told I was very good, but me, I thought i was very borderline......now that I see the video though, I realise I wasn't bad at all *except* I should really have stood closer to…

We tend to forget the things that so many people have done, especially in this day and age of advanced technology. Many of you don’t remember the days when the Irish Census returns were not on the internet, many of you don’t know about the days when you had to go to the Irish Civil Records office to get the references for births, marriages and deaths. Today, we can get those references if they exist on the internet (for the most part). We all forget so…

This week, I finished an index for all the names on all the stones in Rathdowney, Laois(Queen's Co) and I head of into town to go to the graveyard to begin checking the 1300 or so names and with my new magic torch hopefully be be able to read the bits I had a problem with.

As I get into the town, I wonder to myself if an acquaintance of mine who is also director f a funeral home would be interested in the index so I call to ask him.  "Ah Jane", ses he......"I have an index.  I keep… Ordnance Survey Maps and a Torch 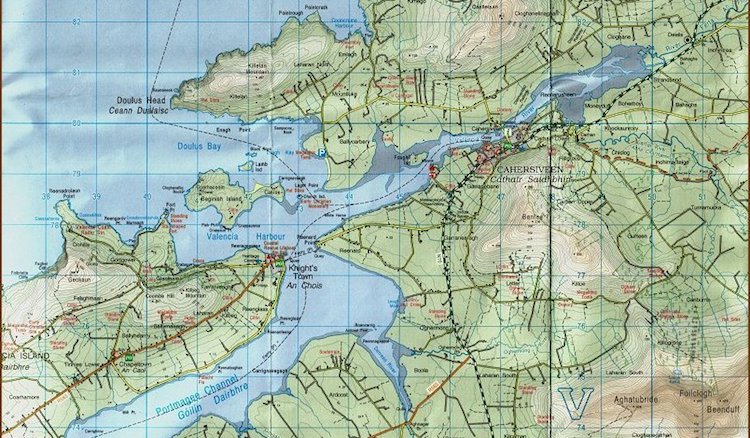 I sent the below message in to Facebook today and it is only as I read through the replies that I realise people don't actually think about these maps.

On Friday, the day before Janet arrived in this area, I dropped dogs with June my wonderful dog minder and then I drove to Dublin because I…

Jan 2011, I fell down a stairs, next morning quarter of my skull was removed and I was kept in a coma for two weeks.

Truthfully....I'm not as fast as I used to be and \I can forget things.

A year later, I was diagnosed with a disease called haemachromatosis - iron collecting

Names have been extracted from a paper published in the “Proceedings and Transactions of the Kilkenny and the South-East of Ireland Archaeological Society” Vol 3. 1855. pp. 231-274

The article was written by John G. A. Prim.

and yes, you can…

This was actually one of the most interesting Churches I have been to because most of the side walls and the back wall had been knocked down and yu could still see the tiles from the inside of the Church and the wall remnants as you stood beside it.

I went off here because one day, a man on my FB page told me I had been close to a Church his family used to go to one day when I said I has walked the dogs around a bog beside the train line out the Templemore Road.  So, next day i was…

This is actually a very pretty little church and the thing about it is that it is on my way from Laois to Tipperary as I was a few weeks ago on my way to Nenagh. You literally drive through this little patch of Offaly and then you are into Tipperary. I have done the graveyard a good while ago but I haven't checked my site to get a link. Been at the computer for about 2 hours now and all I seem to be doing is talking!!!…

Posted to my Facebook page a few mins ago and I've just decided that yep, this is what I will do with this blog.  Post whatever new links I have created on from-ireland and yatter away about whatever I am going to do or where-ever I am going to go any time I go off out looking for something :)

I've posted that I had put photos of this Church up before, but they were photos taken from the graveyard at…

Genealogy of Others & Introduction

I have a website which was created in 2001 and two years ago we put 170,000 gravestone and church photographs online.  I indexed the names off every stone I could read and we have that index online as well.  The numbers of gravestone photographs have increased since that time and the places I have been to stretch from…