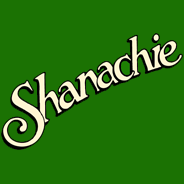 The story of Shanachie Entertainment, one of America’s most successful and long-lived independent labels, was born in the Bronx in 1975, founded by Richard Nevins and Dan Collins as a vehicle to release traditional Irish music.  The company’s name—pronounced “Shawn-ah-kee”-- is an Irish word referring to a traditional storyteller.

Within half a dozen years, Shanachie boasted one of the world’s great catalogues of Irish music, with such notables as The Chieftains, Makem & Clancy,  DeDannan, Planxty, Clannad and many more.  In 1980, the company released its first reggae album, King Tubbys Meets Rockers Ina Firehouse by the legendary Augustus Pablo and soon was riding the wave of interest in reggae by releasing acclaimed albums by top reggae artists such as Rita Marley, Culture, Bunny Wailer, Judy Mowatt, Alpha Blondy, Lucky Dube, The Skatalites and others.  By 1983, Shanachie was a pioneer of World Music, unleashing the first U.S. release by South African harmony group Ladysmith Black Mambazo, who later recorded with Paul Simon on his “Graceland” classic, as well as landmark recordings by Fela Anikulapo-Kuti, Tabu Ley Rocherau, Franco, The Mahotella Queens among other African artists. The company then pioneered the “world beat” concept with an array of innovative recordings by Ofra Haza , Najma, Nusrat Fateh Ali Khan and more.

By 1987, Shanachie Entertainment was a dynamic indie force in the music world. The company then took innovative steps in the business realm. At a time when most independent labels were distributed by a patchwork of independent distributors, Shanachie decided to begin building its own distribution network, opening a distribution office in Minneapolis and placing salespeople in various locales around the country.

Approached by Koch Entertainment, at that time mainly an importer of classical releases, Shanachie decided to merge its nascent distribution network with Koch’s network, thus forming a powerful national independent distribution system.  Koch began signing distribution deals with other labels and given the growing power of the distribution set-up and the ability to do coordinated national sales and marketing, as the major labels were able to do, Shanachie began expanding into other musical genres—blues, jazz, singer-songwriters, R & B, gospel, groove and alternative music, scoring hits at urban, gospel and jazz radio through the Nineties and into the new Millennium.

All along, Shanachie Entertainment provided a home for exceptional, strong-selling artists, affording them the focused attention that a “full-service” independent label with a strong whose distribution competed admirably with the majors. Today Shanachie continues to flourish in its fourth decade of success, bringing a unique combination of musical quality, marketing and promotion expertise and  personal attention to an ever-growing roster of special artists. 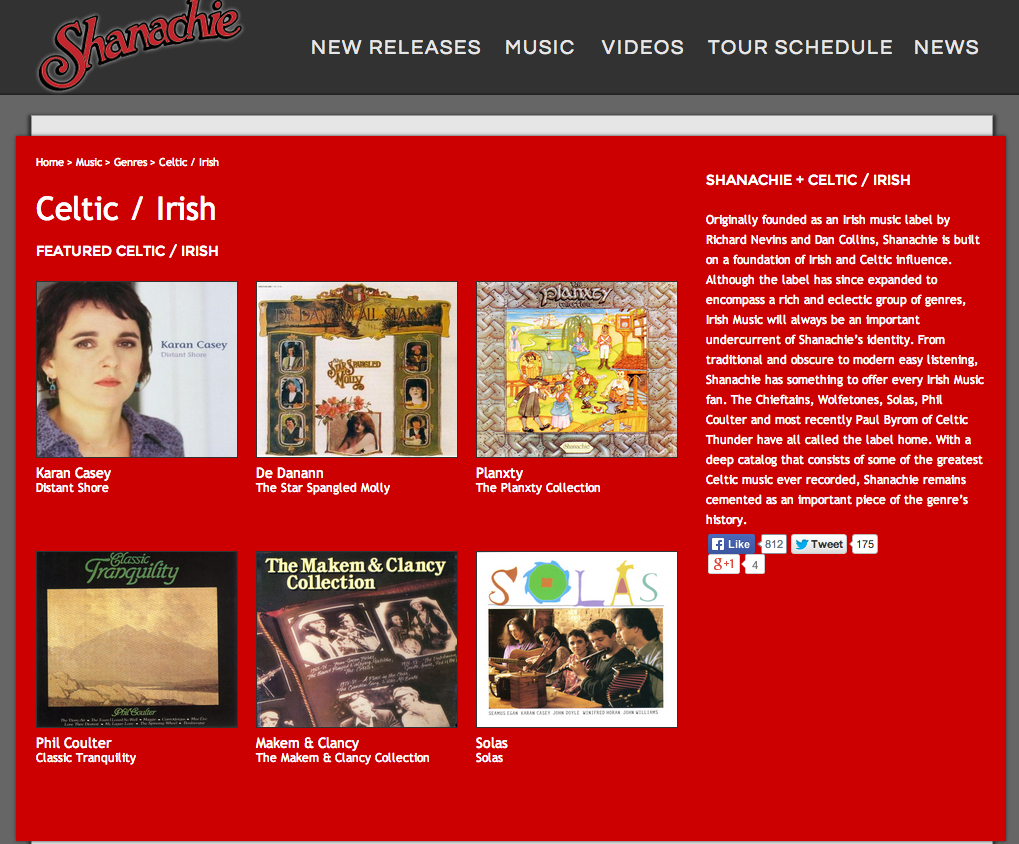 Originally founded as an Irish music label by Richard Nevins and Dan Collins, Shanachie is built on a foundation of Irish and Celtic influence. Although the label has since expanded to encompass a rich and eclectic group of genres, Irish Music will always be an important undercurrent of Shanachie’s identity. From traditional and obscure to modern easy listening, Shanachie has something to offer every Irish Music fan. The Chieftains, Wolfetones, Solas, Phil Coulter and most recently Paul Byrom of Celtic Thunder have all called the label home. With a deep catalog that consists of some of the greatest Celtic music ever recorded, Shanachie remains cemented as an important piece of the genre’s history.

Check out the full catalogue at http://shanachie.com/genres/irish-celtic/

This Ning App is not visible to members on the Main page.