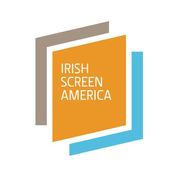 Irish Screen America, formerly known as Irish Film New York, supports and guides Irish media-makers by showcasing their work and fostering partnerships in the two largest cities for the entertainment industry in the United States – New York and Los Angeles. The organization holds screenings, industry panels, discussions and master classes throughout the year.

Irish Screen America was founded by Irish filmmaker and producer, Niall McKay and is produced out of his media production company, Media Factory.

This year they will be hosting their annual Film Festival in New York on October 2-4, 2015.   Their will be several movies shown as well as a director class and opening night party.  For more details about the festival, please visit their website.