Through the history of folklore worldwide; fairies, or some variant of similar qualities, have existed. They are either tall, ethereal creatures of unpredictable humors, tiny pixies with wings of a thousand colors, sneaky; suspicious-looking beings of the elements – the list goes on and on, and no one definition suits all.

In the Wild West of Ireland; fairy stories have a particular focus. You might know them from the “fairy forts” that dot the landscape from Knocknarea to Ennis and on. These immovable mounds are shrouded in lore and superstition; something we touched upon last time in our exploration of Yeats.

Fairies of Ireland are referred to as the Aes Sídhe, or sometimes just Sídhe [mound or hill], which is synonymous with reference to the aforementioned mounds. It is believed the fey lived [or still live under said mounds and to disrupt their presence was to bring negativity into one’s life. Events that befall people seem to be linked to the moving of the forts: farmers in particular, who need the land to be clear for livestock, are the typical victims. To move a fort is to risk the failing of crops or even escalation to the point of unexpected death. Not your typical Tinkerbell interaction, albeit she did seem to have it out for Wendy Darling.

One of the best examples of just how much fairy forts are still “in play” in today’s superstitions in Ireland is developer Sean Quinn’s run-in with financial difficulty in 1992 following a risk he made in moving forward with an excavation of a fairy fort [re: megalithic burial tomb] in Western Ireland’s Cavan. People of the area blamed Mr. Quinn’s failures following this [and there were a substantial amount, from bankruptcy to business loss] on his decision to touch said tomb. Whether it was coincidence or the Celtic variant of “bad karma”, needless to say, speculation flared.

The varieties of fey [or Sídhe] in Ireland are complex and numerous as stones on the Atlantic shore. You might also be familiar with creatures such as the banshee; the wailing woman washing the clothes of the unfortunate in ominous visions of things to come, or perhaps recall the impish púca, who slips between the world of faerie and ours when the veil is thin – as it is believed to be when the seasons change during the Celtic year; especially at Samhain and Bealtane. The “veil” itself refers to the line separating our world from the Sídhe world of spectacle and radiance, through which all manner of Sídhe travel. A time of creativity, a time of reflection, a time of prayer or rebirth is perhaps nowhere near as powerful than in Yeats’ “Land of Heart’s Desire”; where things still feel wild and unbound.

Yeats himself was fascinated with Irish folklore and fairies (two novels about the subjects say so) – “do you think the Irish peasant would be so full of poetry if he had not his fairies?” he writes – possibly describing himself, “Do you think the old men would take life so cheerily and mutter their proverb ‘the lake is not burdened by the swan, the steed by its bridle, or a man by the soul that is in him’ if the multitude of spirits were not near them?”

These ‘multitude of spirits’ seem to thrive off ‘haunting’ the people of Ireland overall. Even in modernity, talk of Sídhe is serious business – especially in rural communities. Besides the immobile and ominous mounds; there are also “fairy trees” which exist in isolation in fields where no other trees seem to grow – they are left alone, not cleared away, for fear of offending the Sídhe. It’d be bad luck to cut any of these down.

Much like their trees and the other emblems of nature, fairies have (allegedly) existed in Ireland for countless centuries. They predate Christianity as a species referred to as the Tuatha Dé Danann; “the shining ones”, more godlike/goddesslike in nature than mere twinkling lights with little starry wands. They were an epic race of conquerors and legends; skilled artisans supposedly descended from the goddess Danu, driven underground by foes to become the Sídhe as we know them today. Their elaborate stories; histories, and even family trees exist as remnants of the lore they once were: perhaps once upon a time, people who genuinely traveled to Ireland from the outside, now made myth by the passing of time. The duality of the Sídhe reflects the duality of the Irish spirit; in a way – less the dour and dreary vs. the sunny and optimistic/welcoming, but more a black and white polarization of each. The human quality is lost as it is insinuated that the fey; while perhaps human in some origins, are inhuman in many other ways. They can cause havoc when their homes are disturbed [which is, arguably, kind of understandable]; swap children for changelings [e.g. fey doppelgangers: a potential archaic explanation for badly-behaved kids; mental illness, or some other malady], or even whisk people away on one of their nighttime gallivants during the Thin Time. On the other hand, however, Sídhe could be exclusively helpful by doing chores [a little “elves and the shoemaker”, anyone?], or even left gifts and bestowed talents upon those who treated them well [an example of which is leaving out a bit of fresh milk or cream for them to enjoy].

As Christianity crept in, it couldn’t quite override the influence of fairy stories in Ireland. As it did with most pagan influence, Christianity adapted and coexisted with it: addressing the Sídhe as potentially “fallen angels” to account for their established selves in Celtish history and traditions.

Origins of the fey can still be found in Western Ireland to this day – if not in the fairy forts of Sligo, then certainly in the tales people tell of their existence.

Hostess Geraldine; a Wild West Irish Tours affiliate and keeper of Yeats Lodge B&B in Sligo; reflected on a few of her preternatural fey experiences:

“I'm not sure if it were the fairies playing tricks,” says Geraldine, “but I was lost down the Glen for a few hours about three years ago and couldn't find my way out. I tried all four corners in an attempt to get out and at one point tried the most unlikely route (which was extremely muddy). I was in my sandals (which got stuck in the mud), and I had to put my hand way down to retrieve them. I was beginning to panic, it was nearly 10:00 PM, misting rain and beginning to get dark. I was in mud up to my knees & elbows. I gave up and sat on a tree stump and, strangely enough, when I came to the realization that I could do it, spend the night if I had to, calmly had another wander around, back to all the areas I had been and found my way out quite easily. Was it the fairies? Who knows. Maybe it was a 'stray sod'.” 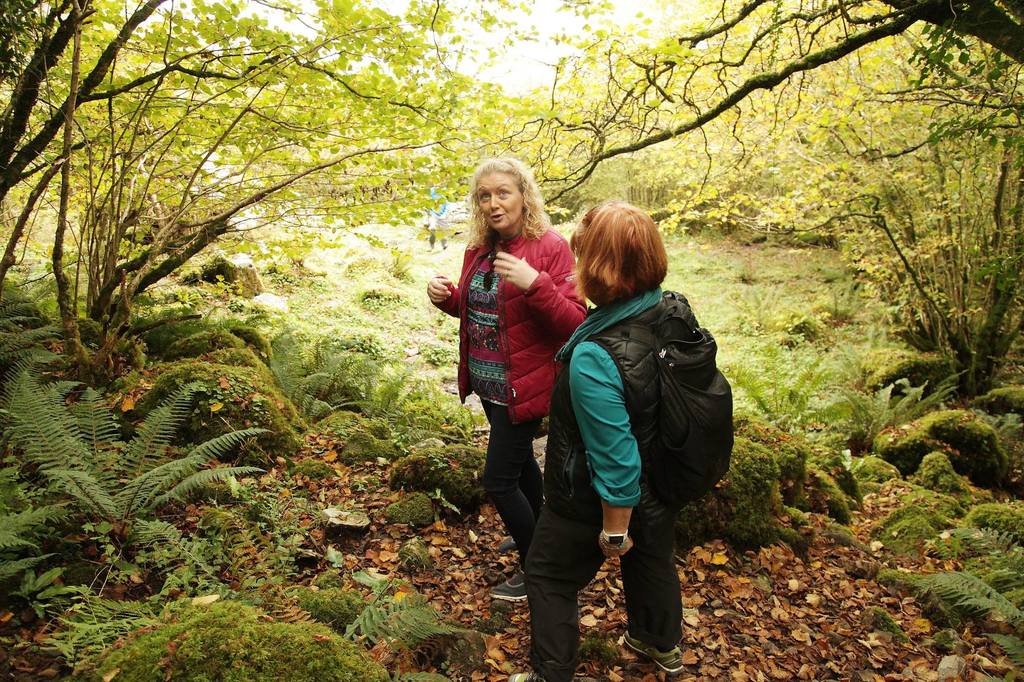 When asked for clarification, Geraldine added:

“When I was a child a lot of my elderly neighbors used to talk about a ‘stray sod’… I remember when I was very young, my dad was out on the land and he came home hours later, he said 'the strangest thing happened, I couldn't find the gap out of the big meadow, I spent ages trying to find it.' One of my old neighbors was in and he said ‘you walked on a stray sod, you should have taken your jacket off and turned it inside out. It works every time’. I inquired a little more and was told that if you walk on a stray sod, you lose your bearings, get disorientated and ultimately get lost. Not sure if there are stray sods in the Glen but I definitely got lost.” Perhaps the work of mischievous fey, or something of the old Celtic spirits at play – the twists and turns of the Irish countryside brim with magic either way.

So what about fairies? Are they good or evil; or even neutral? What is it about them that perpetuates into modernity? Can you find them in Ireland? To the last, we at Wild West Irish Tours emphatically say: perhaps.