With the bombings in Boston earlier this week still freshly on my mind, it led me to think of a few photographs I captured just a few weeks back.  The cross monument you see in these photos stands near our house here in Indreabhán (or Inverin) Connemara.  It marks the spot where nine Galway fishermen were killed by a floating German mine which had washed ashore at this location. Here's the story as it appeared in The Morning Olympian (Olympia, Washington, USA) on the 19th of July, 1917:

Galway, Ireland, July 18 - Nine Galway fishermen were blown to pieces a few days ago while examining a German "barrel mine" which they had found at sea and towed ashore. Irish fishermen have made lately a great many lucky hauls of barrels containing petrol, tallow, oils, and similar treasures, supposedly from torpedoed ships. This time they saw a promising-looking barrel afloat some distance from land, with a convenient handle on each side, and they promptly towed it ashore, rolling it up on the beach for examination.  Four men were in the boat, and six more gathered around while the prize was on the beach. One man, Joseph, had a suspicion of danger, and warned the others, but they paid no attention to him, and he hid himself behind a rock. One of the fishermen removed a couple of screws from the head of the barrel, and then began to pull out a piece of cord. The explosion which followed was heard miles away, and shook houses four miles distant.  After a time O'Flaherty, who had been wounded in the head with a piece of stone, stood up, but not a trace of the mine or the men was to be seen. There was only a great hole in the beach. Searchers found a portion of the fishermen's boat nearly a mile away. A small boy whose attention was attracted to the group of men on the shore, was running toward them just as the mine exploded. One of his arms was afterwards found near his home, but there was no other trace of him. 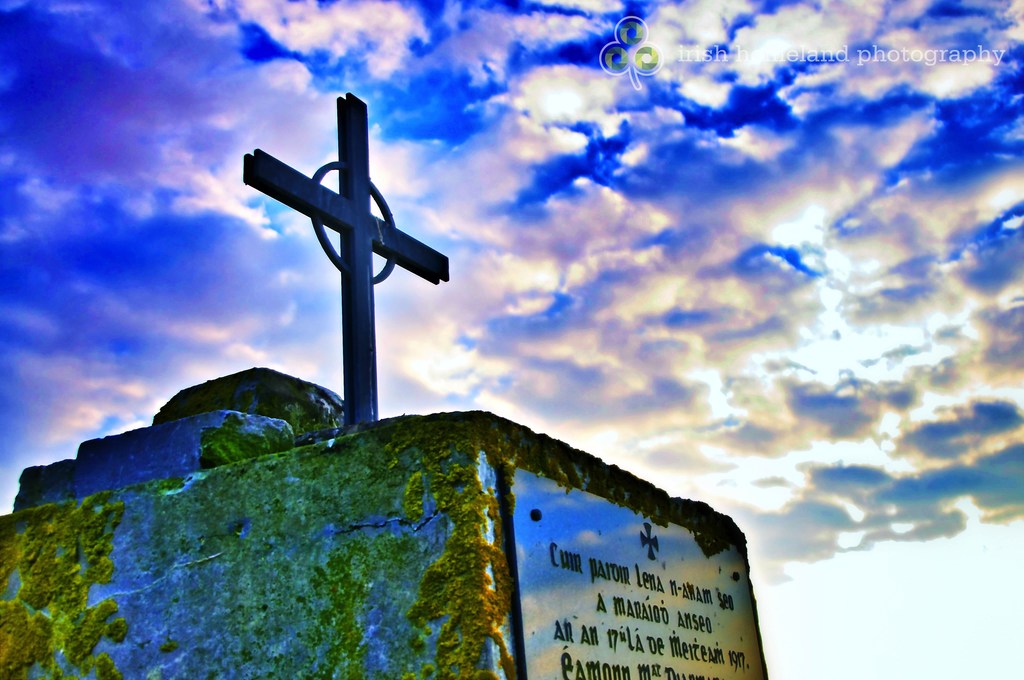 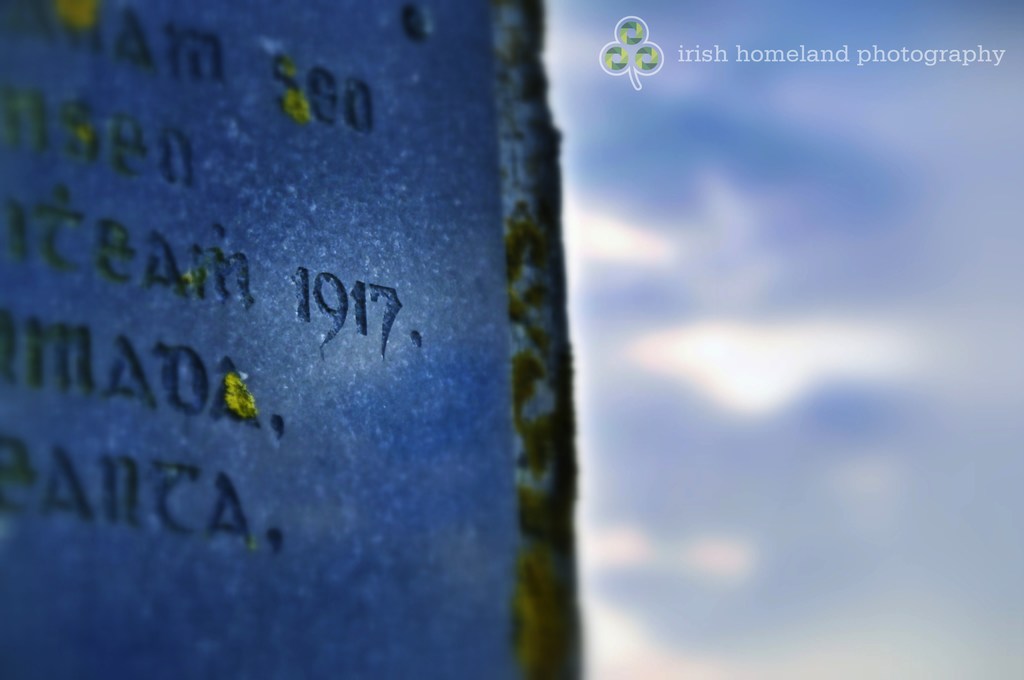 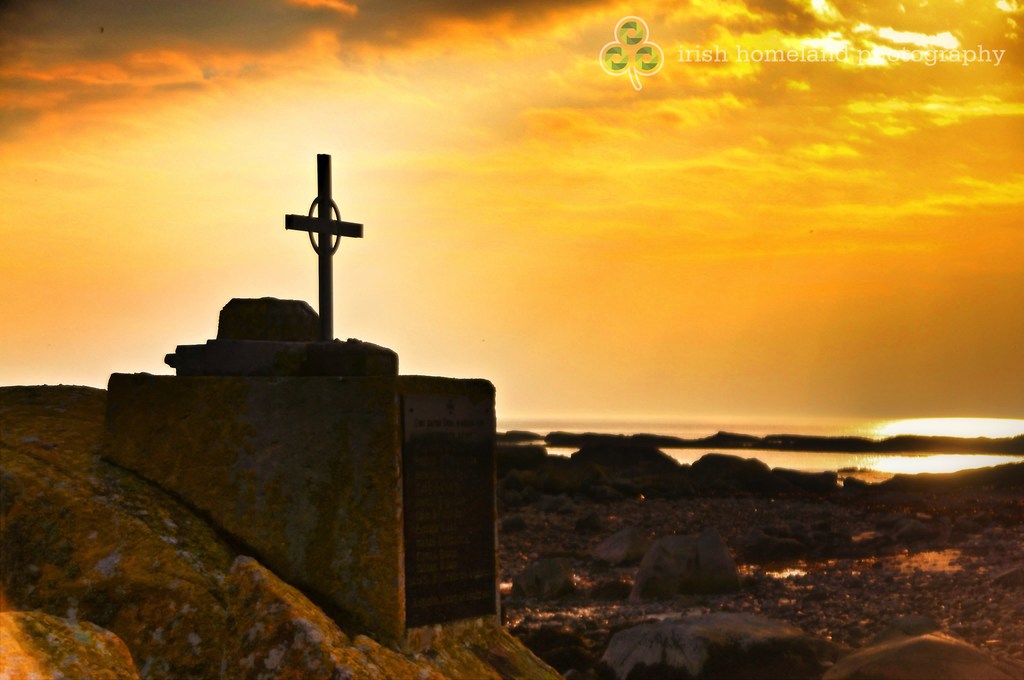 One of our friends who lives nearby just completed a school report on this same tragedy.  She was able to add some additional detail which has been passed down orally in our little townland here.  She tells me that Joseph -- the man referred to in the newspaper article as the survivor who had a suspicion of what it was and ducked behind the rock -- never spoke of the tragedy he witnessed from that time on.  He built a house just up from this beach (which still stands) and lived there until his own death many years later.  Most of the men who were killed or injured have family still living in this townland.  It is likely that a special ceremony will be held in four years time to mark 100 years since this tragedy on Trá Mór (big beach) occurred.

Ryan, go raibh maith agat for this account and these images. Perhaps you might present us with a map (Google map) showing the location both of this monument. Ger

Great idea, Gerry.  I've just added that map below the last photograph.  You can see the location of this beach I've plotted on the map, and that the mine would have floated from the open Atlantic and past the Aran Islands to make its way into the mouth of Galway Bay.

We're all about making connections, with the land and the people -- bravo, Ryan! Go raibh maith agat.

Update: There was indeed a big ceremony this past month (June 2017) at the site of the tragedy. The two memorial stones are most impressive and overlook Galway Bay.  To find it you drive about 3 miles past Spiddal and look for a LEFT .  There is a sign but it is easy to miss.  That road will wind around and take you down to the monument.   Any local will be able to help you..

This was considered a very big deal in Spiddal.  Everyone turned out for the ceremony