This Week in the History of the Irish: September 16 - September 22

LUAIN -- On Sept. 17, 1860, units of the Irish Battalion of St. Patrick of the Papal army fought a Piedmontese army allied with Garibaldi

LUAIN -- On Sept. 17, 1862, the Irish Brigade of the Federal Army fought in one of the most famous battles of the American Civil War: Antietam. As Gen. George McClellan attempted to push back the Southern arrny of Robert E. Lee across the Potomac, the Irish Brigade and the rest of the 2nd Corps of the Army of the Potomac attacked near the center of Lee's line along the banks of Antietam Creek

AOINE -- On Sept. 21, 1827, Michael Corcoran (right), a brigadier general in the Federal Army during America's Civil War, was born in Carrowkeel, County Sligo. Corcoran served as a policeman in the Royal Irish Constabulary but resigned during the Great Hunger, no longer able to condone the repressive actions of that police force against the starving Irish. He emigrated to New York and found work in the city's employ while also joining the 69th New York State Militia as a private. He rose through the ranks to colonel commanding the regiment and won the hearts of the city's Irish population when he refused to parade the 69th 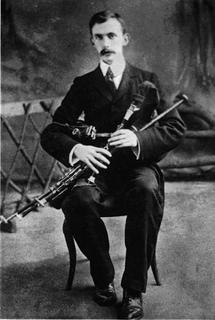 AOINE -- On Sept. 21, 1881, revolutionary Éamonn Ceannt (Kent) (left) was born in Ballymoe, County Galway. He was educated at University College, Dublin, and worked on the clerical staff of the Dublin city council. Éamonn joined the Gaelic League in 1900 and later taught classes in Irish. Ceannt was a pipe player, once playing the uileann pipes for the Pope in Rome. He was said to love the language, music and dance of his native country and to have an unshakeable commitment to Irish freedom. Ceannt joined Sinn Féin and the Irish Republican Brotherhood in 1908. He was also one of the founders of the Irish Volunteers in 1913, and was elected to its Provisional Committee. The day before the Easter Rising in 1916, Ceannt was one of the seven signatories to the Proclamation, in effect, signing their death warrants. During the Rising, he commanded the area of the South Dublin Union. The plan called for him to hold the area with 1,000 men; he had only 130, but his small command, especially Cathal Brugha, resisted the British until Patrick Pearse surrendered the entire rebel force. Like the other leaders of the Rising, Éamonn Ceannt faced the kangaroo court that condemned him with his head held high. On May 7, he wrote his wife a note, telling her, "I shall die, like a man for Ireland's sake." On May 8, he was put up against a wall in Kilmainham Jail and shot.