This Week in the History of the Irish: October 10 - October 16

LUAIN -- On October 11, 1860, all the militia units of New York City were ordered to turn out to march in honor of the visiting Prince of Wales, the 19-year-old heir to the English throne. 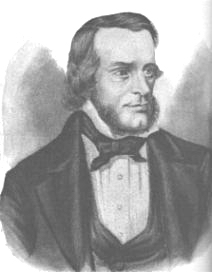 DEARDAOIN -- On Oct. 14, 1814, Thomas Osborne Davis, the poet laureate of the Young Ireland party and one of its founders, was born in Mallow, Co. Cork. Like many other revolutionary Irish leaders, Davis was of an Anglo-Irish family; his father was a British army surgeon. He graduated from Trinity College and was called to the bar in 1838, but he never practiced.

DEARDAOIN -- On Oct. 14, 1880, nationalist and Gaelic League activist Mary Ellen Spring-Rice was born in Foynes, Co. Limerick. Her family had Jacobite roots but by the time Mary Ellen was a child, it was very much a part of the Anglo-Irish ruling class. Her father was the 2nd Baron of Monteagle, with estates in Kerry and Limerick, her cousin was the British ambassador to the U.S. Mary grew up around many Irish speakers in the Foynes, Co. Limerick, area and became a fluent Irish speaker. This was to influence her entire life. She met Dr. Douglas Hyde early in her life and later joined his Gaelic League. Mary organized many Irish language festivals in Limerick and hired an Irish teacher for a local school. She helped her cousin Nellie O'Brien organize an Irish-language summer school, even getting many of her establishment relatives to contribute money. Like many others before and since Mary Ellen's study of the native language of Ireland influenced her politics and she was soon an ardent nationalist. It is said that it was she who first proposed to Erskine Childers the idea of transporting German arms to Ireland aboard private yachts, such as the one Childers owned. She then helped plan the famous Asgard gun-running affair into Howth on July 26, 1914, and accompanied Childers and his wife, Molly, on the ship during the actual operation. Mary's health began to fail while she was working as a nurse during the War of Independence. When she died in 1924, she was buried in Loghill, Co. Limerick, near her childhood home. Local republicans carried her coffin to the cemetery in honor of her contributions to the fight for Ireland's freedom and the preservation of its language. AOINE -- On Oct. 15, 1763, Lord Edward Fitzgerald, military leader of the United Irishmen, was born in Carton House, Co. Kildare. Like Wolfe Tone and Emmet, Lord Edward was from a prominent family. His father was the 1st Duke of Leinster and his mother was the daughter of the Duke of Richmond. But there were rebels in his family tree also -- he was a descendant of 'Silken Thomas' Fitzgerald, who was executed by the English in 1537. Lord Edward served in the British army with the Sussex Militia against the American colonists and was severely wounded at the battle of Eutaw Springs in '81. He spent time in Paris after the war, where one of his companions was Thomas Paine. There he acquired his republican ideals. One night at a dinner of British residents of Paris he toasted to the abolition of hereditary titles, which caused his discharge from the British army.