DOMHNAIGH -- On November 29, 1895, Denny Lane (right), author and poet, and member of the revolutionary Young Ireland party, died in Cork. Lane was born in Riverstown, near Glanmire in County Cork, in 1818. Denny attended Trinity College, Dublin. While a student there, he met fellow student Thomas Davis, a man who would have a profound effect on his life. After his schooling, Lane passed the Bar, but he soon became involved in the political activities surrounding Daniel O'Connell, joining the Repeal Association. Lane was active in the Association as was his friend Davis. Davis, Lane, and small group of their friends soon became known by the name which has survived to this day: the Young Ireland Party. The young men became increasingly impatient with the slow pace of O'Connell's repeal campaign and soon began to contemplate armed insurrection. Davis, along with John Dillon and Charles Duffy, founded the newspaper of the movement The Nation in 1842. In its pages, the idea of total separation from England was soon openly suggested, and Lane became one of the paper's contributors. Lane contributed articles and later poems to the paper, his best-known poems being "Carrig Dhoun" and "Kate of Araglen." Finally, in 1846, the issue of physical force split the Young Irelanders from O'Connell's Repeal Association. Lane supported the split. He was among those arrested by the British after the failed '48 Rising, spending four months in prison. After his release, he returned to Cork and does not appear to have had much political involvement from then on. Lane was president of the Cork Literary and Scientific Society, and also had a successful business career in subsequent years before dying at the age of 82.

LUAIN-- On November 30, 1864, Corkman and Confederate Gen. Patrick Cleburne, one of the finest generals produced by either side during America's long, bloody civil war, was killed in command of his division in the battle at Franklin, Tennessee. The Irishman, of whom Robert E. Lee would later say, "In a field of battle he shone like a meteor on a clouded sky," had flashed one last time and fallen to the ground. John Bell Hood, commander of the Confederate Army of Tennessee at Franklin, and one of the finest division commanders the Army of Northern Virginia ever had, was in the last stages of proving himself incapable of independent command. The Federal defensive position at Franklin was a formidable one, but Hood was still angry about the escape of Schofield's army from a near-trap the day before at Spring Hill and was determined to attack the Federal works, though most of his officers, including Cleburne, strongly advised against it. Cleburne was mounted for the first part of the assault, but soon had that horse shot from under him. A courier dismounted to give Cleburne his horse, but that one was killed before he could mount it. Advancing on foot near the 5th Confederate Infantry, perhaps next to one of the many Irishmen in that unit, Cleburne was hit just below the heart by a minie ball and killed. Franklin was one of the most horrific defeats of the war for the western Confederate army. In addition to Cleburne, they lost generals Gist, Granbury, Adams, and Strahl, all killed that day, and Carter, who later died of his wounds. But their greatest loss was Cleburne, 'The Stonewall of the West.' It must have surely convinced the few remaining soldiers of the Army of Tennessee that their cause was lost. Cleburne had died with his face to the foe, as he would no doubt have chosen, but it had been a needless death in an ill-advised attack. Just before the attack, General Daniel Govan had told Cleburne he expected few of them to survive the fight. "Well, Govan," said Cleburne, "if we are to die, let us die like men." And so he had.

LUAIN -- On November 30, 1864, as the valiant Cleburne met his fate, a tiny band of his countrymen were engaged on another part of the field. The Irish 10th Tennessee, by now whittled down to a mere 36 men, went into the fight at Franklin as part of the second line of Gen. Bate's Division. Just as the 10th was really a small company masquerading as a regiment, Bate commanded a regiment masquerading as a division. The 10th went into action as part of a thin second line on the left flank of the Confederate attack. The unit's attack briefly led the men of the 10th into the works of Federal Gen. Ruger's division, but a strong counterattack soon had Bate's men, including the 10th Tennessee, running to the rear to avoid death or capture. Miraculously, the 10th would have only one man killed, but 10 were wounded, nine of whom were also captured, and one unwounded man was also captured. They had lost a third of their tiny number. Death, injury, decease, and desertion over four years had now whittled what had begun as an under-strength regiment in May 1861 down to a squad. For Pvt. Martin Fleming of Co. E, 10th Tennessee, killed that day at Franklin, it is very likely that whatever family he had would never have a body to inter in a family plot. Like millions of 'Wild Geese' the world over before him, Fleming was another Irishmen who died on a foreign field. Just as the soldiers of other generations of 'Wild Geese' now lay in "far foreign fields, from Dunkirk to Belgrade," the bodies of Fleming's generation had sown the ground from Gettysburg to Franklin. 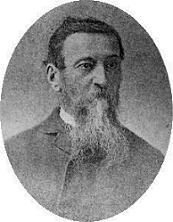 CÉADAOIN -- On December 1, 1901, Fenian Thomas Clarke Luby died in New York. Luby was born in Dublin in 1821. He was the son of a Church of Ireland minister and graduate of Trinity College. His first political experience was in the Young Ireland movement. After the failed rising in 1848, he and James Fintan Lawlor attempted further agitation in Dublin, and he was arrested and imprisoned for a short time. In 1858, he helped James Stephens found the Irish Republican Brotherhood, writing the oath that members would later swear to secretly. In '63, Stephens sent Luby to the United States to raise money but he had little success. Back in Ireland, he became co-editor of The Irish People, a Fenian paper founded by Stephens. He was among many Fenians arrested in a preemptive strike by the British in '65; he was sentenced to 20 years in prison. Luby was among the many Fenians released and deported in '71 (Devoy and Jeremiah O'Donovan Rossa were also in this group). He traveled first to Belgium and then to America. In the United States. Luby joined Clan na Gael but opposed both Devoy's New Departure and the Land League. He was a supporter of Rossa's Skirmishing Fund, which ran the dynamite campaign against England. Luby worked as a journalist during his years in New York. He also published a book on the life of O'Connell and another on famous Irish figures from history. On December 1, 1901, the old revolutionary, who had been a Young Irelander, Fenian, and member of Clan na Gael, died in New York. 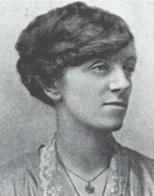 AOINE -- On December 4, 1887, Maria Winifred (Winnie) Carney, trade unionist and revolutionary was born at Fisher's Hill, Bangor, Co. Down. Her father, Alfred was a protestant and her mother, Sarah (Cassidy) was a catholic. Winnie was reared as a catholic. Shortly after her birth, her family moved to Belfast and her parents separated. Winnie went to Hughe's Commercial Academy and was graduated as a shorthand-typist. At this same time, she was becoming involved in the Gaelic League as well as the socialist and suffragist movements. In 1912 she became the secretary for the Irish Textile Workers Union in Belfast. Winnie met James Connolly as a result of her involvement with the 1913 lockout in Dublin. Winnie then became deeply involved in the republican movement. She was present at the founding of the Cumann na mBan in Dublin in 1914 and joined Connolly's Citizen Army, becoming his personal secretary. On the day of the Easter Rising, she was the only woman in the group that seized the GPO "with a typewriter in one hand and a Webley [revolver] in the other," it was said. Though other women arrived later, all of them except Winnie were evacuated before the final day. Patrick Pearse attempted to get her to leave, but she refused to leave Connolly's side. She stayed until the end, tending to Connolly and other wounded men. Following the surrender she spent 8 months interned in Mountjoy and Aylesbury prisons, finally being released in December. After her release, she was appointed president of the Cumann na mBan branch in Belfast and was imprisoned again for a short time during 1918. She ran for a seat in parliament that year but was easily defeated by the large unionist majority in her region. During the War of Independence, she was Belfast secretary of the Irish Republican Prisoners' Dependents Fund. Winnie opposed the treaty and was again jailed for a time in 1922. Winifred continued to work for Socialist causes during her later life. She married a protestant socialist George McBride in 1928. In her mid-50s, perhaps affected by her time in various prisons, her health began to deteriorate. Winifred died on November 21, 1943, in Belfast and was buried in the Milltown cemetery. Though she is little known or remembered today, she was one of the unsung heroines of the republican movement and the Easter Rising.

1, 1848 - Seventy-two Irish immigrants fleeing the famine are suffocated in the hold of "The Londonderry" in Derry Harbor.
1, 1901 - Thomas Clarke Luby, Fenian, dies in New York.
2, 1980 - Three nuns and a female Catholic lay missioner are raped and killed by the Salvadoran National Guard. (Three of the four women were of Irish ancestry.)
2, 1865 - The Fenian senate deposes founder John O'Mahoney as president, replacing him with William Roberts.
3-8 1792 – Meeting of the “Back Lane Parliament” Catholic Convention.
4, 1649 – Publication in Cork of the first newspaper in Ireland: Irish Monthly Mercury.
4, 1882 - John Curran, Dublin magistrate, opens a special inquiry into the Phoenix Park murders, in which Parnell is falsely accused.
5, 1920 The burned and mutilated bodies of Volunteers Pat and Henry Loughnane, murdered by the Auxiliaries, are found in a pond at Owenbristy near Ardrahan, Co. Galway.
5, 1921 – The Irish committee negotiating the Anglo-Irish treaty is told to accept the terms or face "immediate and terrible war" by Lloyd George.