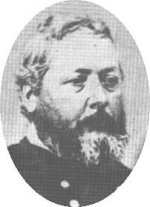 MÁIRT -- On Nov. 16, 1814, Michael Kelly Lawler, general in the Union army during the American Civil War, was born in County Kildare, Ireland. Lawler emigrated to the United States with his family at just 2 years of age. His family moved from New York to Maryland, and finally to Gallatin County, Ill., where they settled. Michael married the daughter of a large landowner and opened a mercantile business in Shawneetown. He also commanded a company in the local militia and went to war with the regiment in Mexico in the 1840s.

MÁIRT -- On November 16, 1688, Irish Catholic Ann "Goody" Glover was hanged as a witch by the Puritans in Boston. Goody was born in Ireland in the first half of the 17th century and came to Massachusetts colony when she, her husband, and daughter, like many other Irish men and women, were deported from Ireland by Oliver Cromwell. She went first to Barbados, where her husband died, then to Boston. She and her daughter found domestic work in Boston, but unlike most other Irish Catholic immigrants of the time, they refused to convert, in spite of the lack of priests or a church to attend. Holding to her religion would prove a fatal mistake for Ann. Soon, she was falsely accused of stealing from her employer, John Goodwin, and was dismissed from his employ. The "stolen" items were found to have been misplaced, but the downward spiral of Ann Glover's life was set in motion. When Goodwin's four children began acting "strangely" after Ann departed, no one doubted the cause: witchcraft. Who then could be the witch? Certainly, an Irish Papist with a possible grudge against the Goodwins was first on the list. Glover spoke only Irish, no doubt another reason she was looked on with suspicion. She was interrogated by the Reverend Cotton Mather, of later Salem Witch Trial infamy, using translators about whose actual knowledge of the language we can only speculate. It comes as no surprise that Mather claimed that Ann Glover confessed she was a witch. Though no other confessed-witch had ever been hanged at the time, Mather condemned Ann Glover to death. On November 16, 1688, Ann Glover was hanged in Boston, for, in all likelihood, the misfortune of being a resolute Irish-speaking Catholic in Puritan New England. On November 16, 1988, the Boston City Council took note of the injustice done to Ann Glover 300 years earlier by proclaiming that day "Goody Glover Day" and condemning what had been done to her. 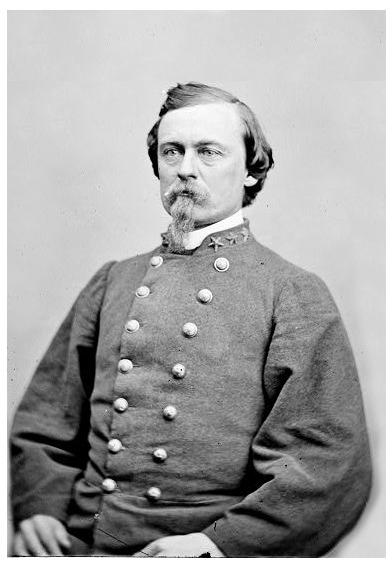 CÉADAOIN -- On Nov. 17, 1814, Joseph Finegan, a Confederate general in the American Civil War, was born in Clones, County Monaghan. Finegan immigrated to Florida in his early 20s. He built a lumber mill in Jacksonville and then later moved to Fernandia, where he was involved in building railroads and also practiced law. After serving as a delegate to Florida's secession convention, he was appointed to command the state's military by Governor John Milton. Finegan was praised for his organizing of two Florida brigades sent to the armies in Virginia and Tennessee. Meanwhile, Finegan's few remaining troops were spread thin trying to protect Florida's enormous shoreline. In early 1864, Union forces under Gen. Truman Seymour landed in Jacksonville and began to move inland. Finegan assembled three brigades and met the Federals at Olustee on February 20, driving them from the field and back to the Atlantic. It was the largest battle fought in Florida during the war. A "Thanks of the Confederate Congress" was later voted for Finegan and his men. Shortly after Olustee, Finegan was transferred to the Army of Northern Virginia, where he led a brigade of Floridians in William Mahone's division of the III Corps. Finegan's independent decision to attack the flank of Barlow's division at Cold Harbor on June 3, 1864, helped repulse the Union assault there, and his brigade also fought well during the Petersburg campaign. Finegan performed very well at Hatcher's Run on Feb. 6, 1865, when he commanded four brigades that held off four Union divisions. After the war, Finegan practiced law and was a state senator in Florida, and then lived in Savannah, Georgia, for a time working as a cotton broker. His final years were spent in Rutledge, Fla., where he died October 29, 1885. Finegan, who was said at the end to still be an "unreconstructed rebel," was buried in Old City Cemetery in Jacksonville.

SATHAIRN -- On the morning of Nov. 20, 1917, the 16th Irish Division of the British army assaulted an area of the German lines known as "Tunnel Trench," named for an elaborate tunnel system that ran along it. The attack was meant as a diversion for the main attack, about 8 miles to the southeast at Cambrai. The whole area in front of the Irish was scattered with concrete machine-gun forts, or Mebus, similar to those that had decimated 16th Division at the Battle of Langemarck the previous August. To maintain the element of surprise, the division's artillery did not open fire until the moment the assault began at 6:20 a.m. At the same time, Stokes mortars began to lay a smoke barrage upon the German trenches in imitation of a gas attack, causing many German to don cumbersome gas-masks and retreated to their underground bunkers. Thus the plan worked to perfection, and the Irish quickly overran and captured most of the German line. Within an hour, the assault on the first line was a total success. Attempts to expand the ground taken resulted in heavier opposition and were driven back after the fiercest fighting of the day, but the initial ground was held. According to the Divisional historian "… this swift and successful operation by 16th Division was a model of attack with a limited objective." The 16th had captured nearly 3,000 yards of trench, killed 330 Germans, and taken 635 prisoners. More importantly, though, the mayhem caused by the diversionary assault contributed greatly to the initial success of the Cambrai offensive. (Read more about the Battle of Tunnel Hill.)