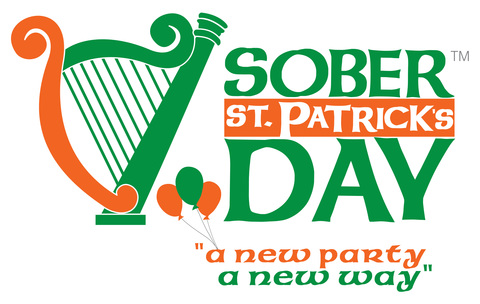 Sober St. Patrick’s Day was created by award-winning theater and television producer, William Spencer Reilly, who almost lost a member of his family to addiction nine years ago. He first proposed the idea to leaders in the recovery and Irish American communities, a pitch that led, a year later, to the 2012 inaugural party. Now an annual event, Sober St. Patrick’s Day was held again on March 16, 2013; parade day in New York City and is scheduled to again grace St. Patrick’s Day rites with a larger venue Monday, March 17, 4p to 7:30 pm ET.

With the participation of celebrities from the arts, world-class musicians and dancers, senior Irish politicians, television cameras, and a sold-out crowd, Sober St. Patrick’s Day was launched on the world in New York City on March 17, 2012. This new kind of party attracted significant media coverage and was, by any standards, a roaring success – no green beer or bad behavior, just a really good time! The party sold out in advance again in 2013 and received even more press and TV coverage, as Sober St. Patrick's Day has now expanded to other cities, too.

The Irish national holiday – St. Patrick’s Day – is celebrated around the world and nowhere more enthusiastically than in America. Unfortunately, the holiday has become increasingly associated with uncontrolled levels of drinking and public intoxication, alienating citizens and audiences everywhere who want to enjoy the best in traditional Irish culture and "reclaim the true spirit of the day."

Sober St. Patrick’s Day is for anyone looking for an alternative to the boozy stereotype, whether you’re looking to provide a healthy celebration of Irish entertainment for your entire family, want to go on a great new date or are a person in recovery who has long since abandoned the holiday.

Please do not call Cathedral H.S. for tickets.

Snacks, Fruit, Baked goods, and Soft drinks will be served.

To learn more, visit http://www.soberstpatricksday.org/aboutus.html and view these stirring video highlights of past events and current plans.

An inspiring concept - I wish all the supporters of Sober St Patrick's Day increasing success in their efforts to make the celebration of this important day a memorable one, which is remembered the next day!

I'm not averse to a pint of Harp's, but it's upsetting to see what St. Patrick's Day has turned into, and I am happy to see that there is an alternative movement growing. I left New York and now live in Fort Wayne, where the Irish-American community is small, yet bars will be overflowing next Monday, as a couple of thousand people who don't care whether it's St. Patrick's Day or Arbor Day will joke that they are wearing green underwear and say stupid things in their Lucky Charms version of an Irish accent. (How I'd love to be on Fifth Avenue instead!) God bless all reading this.