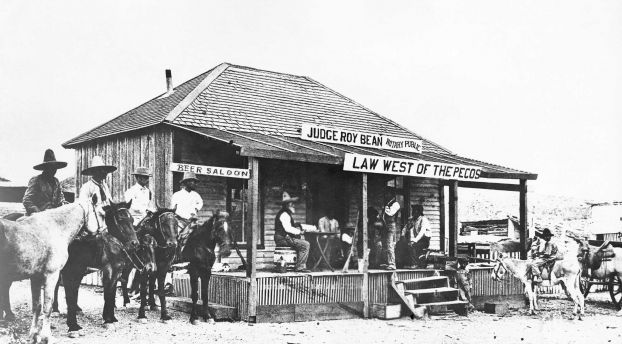 The ‘Wild West’ judges are lined up and raring to go! Knowing their mettle and commitment to promoting Irish culture, we are confident that “justice” will be a lot fairer, if a tad more considered, than that meted out in Tombstone or the OK Corral. ;-)

Speaking of 'swift' justice, by the way, our judges have requested additional time to more carefully consider each of the competition's 60 entries. Knowing how much passion and effort each represents, we have acceded to this request and are postponing the announcement of the winner to July 15. At that time, we will reveal the winner’s name in a special edition of TheWildGeese.Irish newsletter.

So, without further delay, here is the lineup of judges for “The ‘Wild West’ of Ireland: You Won’t Forget Your First Time” competition:

Photoblogger Val Robus lives in County Sligo. Her blog magnumlady.com is very popular and at the moment gets between 500-1000 views a day. Val has had numerous photos shown on Irish TV and was listed as one of the 25 Irish Instagram Users to follow this year. In 2013 she won the Twitter award for photography in Ireland. She is currently working on a photography exhibition which will take place in the Hawk's Well Theatre Sligo later this year. Val has recently found a love of adventure and when she isn't taking photos she spends much of her time in or on the water. 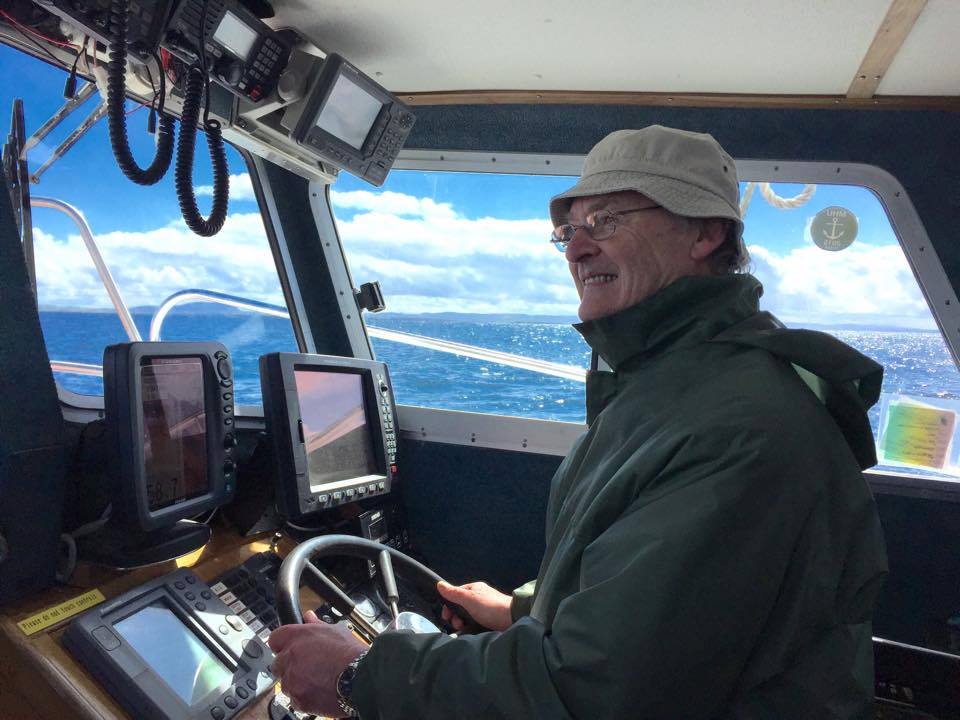 Folklorist and author Joe McGowan has been associated with The Wild Geese as a corresponding editor and a member for more than a decade. Joe is a native of Mullaghmore, Co. Sligo. For many years he has been dedicated to preserving, visually and orally, Ireland’s disappearing traditions and customs. His books are inspired by countless nights spent listening to the stories of the older generation augmented by meticulous archival research. His short stories, cameos of Irish life both past and present, feature frequently in national magazines and on national radio. His publications include: ‘Echoes of a Savage Land’, ‘Inishmurray: Island Voices’, ‘In the Shadow of Benbulben’; ‘Constance Markievicz: The People’s Countess’; ‘Inishmurray, Gale, Stone and Fire’, ‘Sligo: Land of Destiny’, ‘The Hidden People’ and due for release in July 2015, ‘Sligo Folk Tales.’

Denise Foley is the former contributing executive editor and editor-at-large of Prevention magazine and the co-author of five books on health and parenting. She is a founding editor at www.irishphiladelphia.com, a freelance writer whose work has appeared in numerous national publications including Time.com, Good Housekeeping, and Parenting. Denise is also a professional photographer.

Writer and editor Mike Quane has been writing about destination travel for more than 25 years. His outlets have included The New York Daily News, Newsday, Endless Vacation Magazine, Parents Magazine, Grit, The Portland Press Herald, Telegraph Publications, eturbonews.com, Traveling Magazine of Hong Kong, the in-flight magazines of Singapore and Korean airlines, and many more. He wrote a weekly travel column for This Week Publications for 15 years, and a monthly column for LongIsland.com for over a decade. He has written well over 100 articles on travel to Ireland and he is currently travel editor of the Global Irish Travel Group of TheWildGeese.irish.

Lucinda O'Quinn, pictured below. is the author of "The Path," a collection of poems inspired by Lucinda's first trip to Ireland. The collection in toto reflects the people, landscape and mystery of the land, and includes verse inspired by experiences of love and living. "The Path" is available at Amazon.com. Lucinda lives in central Florida, with her husband and children and has been an educator for more than 25 years. She enjoys outdoor activities and live music. She is currently working on her second book of poetry.

(Any questions, please contact Gerry Regan, ger@thewildgeese.com, or Michael Regan Waugh, at wildwestirishtours@gmail.com) Best of luck to everyone entered!) 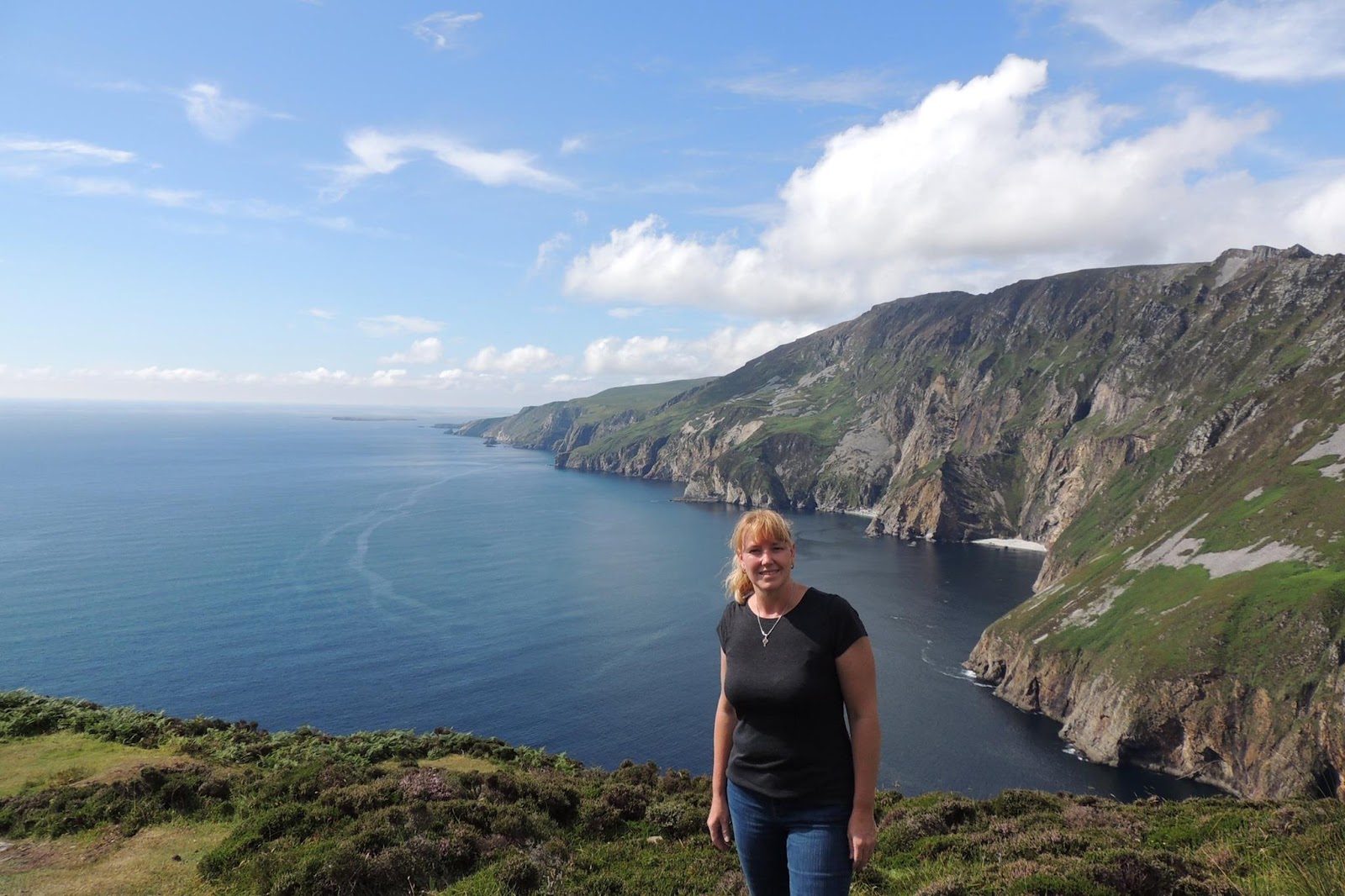 It's funny TWG that you should refer to Tombstone's brand of justice in your article above.  It reminded me of the following incident:  I actually made sure that my Aussie husband, who is always one to play practical jokes on anyone and everyone, was handed his own punishment for past, present and future--since I know they will occur--indiscretions and jokes.  Upon our arrival in the U.S.A. from the land down under (Australia), I took him to the "town that never dies" (Tombstone in the Wild West of Arizona) and arranged with the HUGE Vigilantes--my husband is 6' 4" and they towered over him!--to find him at the bar in Big Nose Kate's Saloon, to pull him up from his seat, and then drag him down to the center of town and string him up at the hanging tree.  The entire population of the town followed us to the tree that day.  Now, mind you, if looks could kill I would be dead by now.  The charges were read by the Sheriff and the noose was slipped around my husband's neck.  Those charges included his running away from the Little Red House on the Hill (we know what happens there!) without paying his bill, as well as a host of other charges.  As his luck was running out and the noose was tightened, there was a "technicality" noted and he was set free!  And to think, his luck couldn't have been attributed to being Irish since the poor lad doesn't have a single percentage of Irish in his DNA.  By the way, this was my birthday present to my practical joker Australian husband, and even though he has promised to get even with me after that 1995 incident, he has yet been able to accomplish that goal.  Please note that, in anticipation of his payback, I always sleep with one eye open!!!!

Doni, thanks for sharing that story. A good-ole 'neck-tie' party! Any pix of the event to share?

Yes, Gerry, I do have pictures of the event.  As soon as I have a chance to pull out my boxes of snapshots, I will post some of the event.  For all of the humiliation that he endured that day, my husband was even awarded with a plaque for his bravery.  It was a fun day ... at least for me!  Even though a lot of time has passed, I still sleep with my one eye open (scary thought) ... since I know that he will get even.

Thanks for posting the judges bios and photos. I've never seen a better looking or more intelligent and witty group of people in my entire life.