The Wild West of Ireland - Pa loved it! 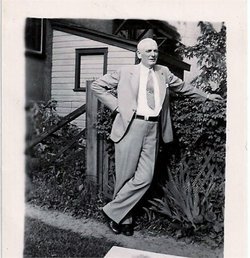 “Ah, my darlin, surely you've got the map of Ireland on your face.”   He always dropped his “g’s” when speaking. Perhaps it was still a hint of Ireland in his voice.

As a boy, he along with enough brothers and sisters for baseball team, and their parents, bravely left their home in the west of Ireland for the promise of a future in America.  This adventurer and the first real love of my life was called Dennis by some, Frank by others (for practical purposes, as the family was and continues to be, well populated by men and boys who respond to the name “Dennis”) and Pa to his children, plus Grandpa to me.

Pa stood at 6” 4” with shock of white hair, twinkling blue eyes, and the straightest, whitest teeth that I have ever seen. There was one special feature that we shared.

“You've been blessed, my darlin, for you’ve been kissed by the angels.”  Pa and I each had a dimple on our left cheek, thus we shared this delicious angel kissed blessing.  I felt special because of the gift of the dimple and because I was someone’s darlin.  “Angels kisses? Map of Ireland? Your darlin?  Now Pa don’t be spoiling my child, as she'll surely have a big head,”  my father admonished his father. “You know that Grandpa has the blarney in him, don’t you?”

The blarney, is it? As I reached adulthood I was glad to have had a bit of the blarney.  Life has some twists and turns and when challenges hit you smack in the face, it’s lovely to be able to pick yourself up and remember who you are – a bit of Irish that has been kissed by the angels and just as importantly, someone’s darlin.  The sense of humor and love of music are a pretty good legacy also.

Cue the music!  When my dad suggested that Pa was filling my head with leprechauns and fairies, Pa smiled at his son, winked at me with those beautiful twinkling, blue eyes and picked up his harmonica.  The carpet was rolled up.  Soon he was joined by his children (including Dad on the mouth harp) for some dancing and singing.  Kevin Barry, you made me sad as did you, Michael from The Fields of Athenry.  The Connemara Cradle song has stayed with me all of those years, since the first time that Pa sang it to me.

"On the wings of the wind o'er the deep rolling sea 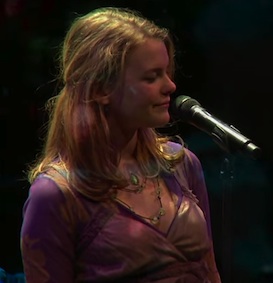 It seems that the cradle song is just as soothing to four leggeds, as it is to humans.  Meet Bentley, a blind little piglet resident of an animal sanctuary. Bentley was being comforted recently during a life- threatening episode of meningitis.  This video captured the hearts of many all over the world after it appeared on the sanctuary page.

I hear Pa now, as I did when I was a child:  “Home (the west of Ireland) will call you one day and when it does, you must go my darlin, for I know that it's in your heart, just as it's on your face.”   The dimple - the angel’s kiss, which once was so prominent, has faded a bit as my face changes with ahem, age, - character, oops, wrinkles!  Whatever the case the “character” hasn’t changed the memories.

"Home" is calling me now.  I want to lean my head over and hear the wind blow.  How do I know that "home" calls to me?  Is it the blarney speaking?  Is it in part, about  a sign from one of my four footed darlins, of which there have been many? Molly Malone (yes, she was a German Shepherd Dog, but had red hair like me, so she must have been a bit Irish) was special. My darlin Molly took part of my heart with her when she passed.  I bought shamrocks to keep her company.  The garden store said they would bloom, every spring, but they hated New England winters. I faithfully replaced them every year for 10 years. “Okay Winter, you win.” I decided not to plant them again this year.  I had a surprise a few weeks ago when I went out into the garden to prepare it for spring and to inform it that there would be no shamrocks this year!

What’s that in the photo to the left - below Molly and her  feline companion, Celtie?  I think Molly Malone is telling me something!

“Angels are coming to watch over thee.  Lean your head over and hear the wind blow.”

P.S.  I received the results from a DNA test. Just as Pa saw Ireland on my face, it appears that my DNA got a big dose of Ireland in it also! Lissacholly is inland... a townland south and east of Ballyshannon... south of Assaroe Lake by maybe ten miles, if that...

Minus the modern buildings, this would have been the view your Grandfather might have seen in his youth: 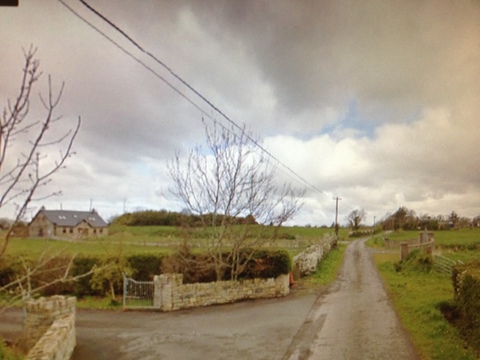 Thanks for the information and the photos. Now I realize that I have spelled the place where he was born incorrectly.  Thanks for that also.  These photos look very much like the farm that the family moved to in Canada in the 1880's.

This piece thrills me for its stream of consciousness delivery. I love to read creative pieces such as this that dance with such soulful implication in general, yet leave the reader to garner the specific meaning. This kind of writing gives the largess of the reader's interpretation. Well done, Ms. Keenan. You have my vote!