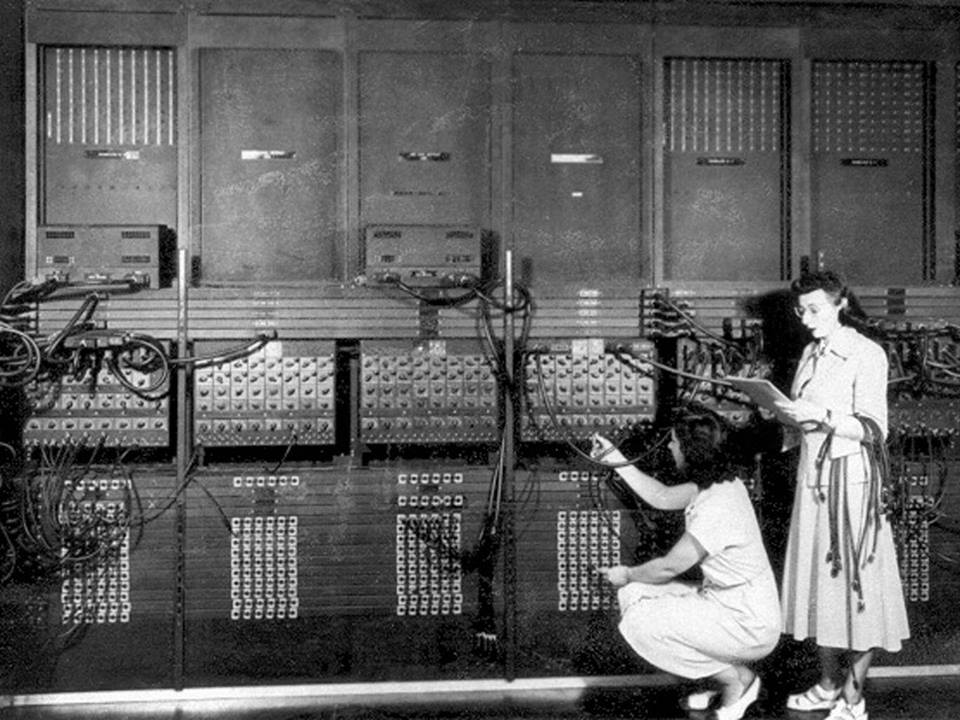 The next time you power up your computer or go to the rifle range, take aim and set your sights on a target off in the distance, knowing that you will hit the target, raise a glass to a ground-breaking Irishwoman from Donegal named Kathleen McNulty. She is one of the six original programmers of ENIAC, the world’s first general-purpose electronic digital computer.

Kathleen McNulty was born on 12 February 1921 in the Creeslough area of Co Donegal, Ireland. When she was three, she moved with her family to Philadelphia, Pennsylvania, where her father James established a successful masonry business. At school, she excelled in mathematics and earned a degree on the subject from Chestnut Hill College for Women in 1942 where only three women in her class of 92 students graduated in mathematics. Soon afterwards, McNulty went to work for the US Army’s Ballistics Research Laboratory in Maryland. The organization had been seeking women to work in its division at the Moore School of Electrical Engineering at the University of Pennsylvania. The job involved calculating trajectories for shells and bullets, crucial information for soldiers using guns and artillery. With her sharp mind and forward-thinking personality, McNulty eventually became the team leader. As the work progressed it became obvious that faster calculations were necessary.

J Presper Eckert, an engineer at the school, realized that the analogue machines being used could not be pushed much further and that an electronic calculating machine, rather than a human, was the answer. He and another engineer, John Mauchly, worked out the basic idea for the world’s first general purpose digital computer, called ENIAC (Electronic Numerical Integrator and Computer). The resulting mammoth machine had no memory to hold instructions on how it was to perform a calculation and instead, it had to be programmed by hand because ENIAC was to be used to calculate trajectories,

McNulty and five of the other best women ‘computers’ at Moore School – Jean Jennings Bartik, Frances ‘Betty’ Snyder Holberton, Marlyn Wescoff Meltzer, Frances Bilas Spence and Ruth Lichterman Teitelbaum, were transferred to work on ENIAC. Their job would be to programme ENIAC to perform the calculations. The women essentially taught themselves how to program and ENIAC eventually performed calculations in 15 seconds.

McNulty worked on ENIAC for two more years until, in 1948, she married Mauchly and became a full-time housewife and mother to seven children. However, she continued to work with her husband on computer program designs and techniques. Mauchly died in 1980, and in 1985, she married photographer Severo Antonelli who died in 1996.

She began to argue publicly for Mauchly and Presper Eckert’s recognition as the co-inventors of the first general purpose electronic computer. By 1984, she was in demand as a speaker on ENIAC, computing history, and the role she and her women colleagues played in the development of modern computing. In 1997, she was inducted into the Women in Technology International Hall of Fame. Her oral history was recorded in 1998 and is part of a documentary about the ENlAC programmers titled ‘The Computers.’ In Co Donegal, the Letterkenny Institute of Technology established an annual award for the best computer science student, the Kathleen McNulty medal and prize. Kathleen McNulty died after a brief illness in Wyndmoor, Pemnnsylvania, on 20 April 2006. She was 85.

(This article uses some material from the Wikipedia website.)