Soon after Laoghaire Mac Neill's ascension to the throne, Lochra, Laoghaires’ trusted chief Druid, beset with feelings of unease and worrisome thoughts, began to have a frightening, recurring dream. In the dream he was naked and tied to a large, white oak tree, the last one standing. The symbols of his birthright and power, his inscribed stones of divination and his oft-used staff, lay scattered and broken on the ground at his feet. All across the land the sacred oak groves had been cut down and burned on large pyres and the hilltop fortress of Tara was gone. In its place on the hill above the wide valley, he could see a high, wooden cross, silhouetted against the backdrop of the western sky. A strange man, holding a staff with a crooked top, appeared to be addressing a large crowd, was calling his name and with outstretched arms, beckoning him to join them… With a lineage stretching back through several generations, Lochra held the secrets and rituals of divination that had been passed down orally to him through the years. Starting when a young boy, he had been taught, first by his grandfather, and later his father, in all aspects of foreseeing the future and when he was deemed to be proficient, was given the staff of knowledge, cut from the old growth of a Rowan tree, the symbol of his power. His first responsibility as advisor to the new king, was to accurately foretell any and all events that may have an impact during the time of the king’s reign. Lochra, fully aware of the importance of his position within the royal household, took his duties seriously. Until now, he had successfully guided the people in all things; the best time to plant crops, when to reap, what herbs to use to cure illness. He was the teacher and knew all and when they had doubts and fears he reassured them, without him they would be lost. Recently, rumors were spreading of a foreigner landing on their shores to the north, speaking in a peculiar language about new things and Lochra had heard that he had gone to a rowan tree and cut a staff from it. He knew of this stranger and understood he would have to face him soon, and even though he did not fear the violent legions in the lands to the east, this lone figure scared him with his other worldly knowledge. Earlier in the year, on a warm summer afternoon, Lochra took his leave of the royal house, walked slowly down the earthen ramp and followed the well-worn path to the sacred oak grove. After entering, the quiet and coolness surrounded and comforted him as he made his way toward the cave in the center of the circle of white oaks. Within the sacred circle, he chanted the spells of clarity, touched each tree with his staff and spread ashes from the recent Lughnasadh fire at their bases. He then rested on a flat rock at the mouth of the black cave, deep in thought, his purple robes and long white cloak fastened about his neck with a golden clasp. His long hair and beard were silvery as a moon's glow and neatly combed. His brow, deeply etched, spoke of the many years of worry endured on behalf of his beloved people, but his bright blue eyes were clear and focused. His sturdy staff leaned against a moss covered rock by his side and as he sat, he read again the old Ogham inscriptions that were cut into the outer cave wall. He had added his own over the years, using a sharpened piece of flint. The carvings always gave him inspiration in times of doubt, and he had doubts now. So many relied on him alone that his broad shoulders sagged as he worried about what was to come. 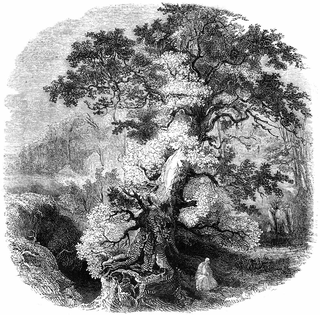 He always entered the silent realm when vital decisions had to be made, and, as he pondered, the veil slowly parted and he was granted a vision. With piercing clarity, he could see a robed figure standing on a pebbled beach, on the northern shore, a crooked staff in his right hand. A deep sense of foreboding swept over Lochra then, like a cold ocean wave, and soon he was awash with dark, dreadful thoughts of self-doubt and insecurity. This man had come, not with an army but with symbols more powerful. What was he to do? He had heard that the man had been here once before as a boy, taken by a raiding party from his home in the land to the east and had lived as a sheep herder on the slopes of the fiery mountain. But that was many years ago, and the boy had since returned to his own people across the sea. Now he had come back. Why? What did it mean? 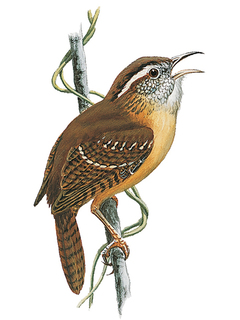 In commune with his ancestors, he reached into the deerskin pouch that hung about his waist and brought out the inscribed stones and small animal bones from within. They had been passed down to him by his father many years ago, and as he shook them in his loosely cupped hands, he chanted the spells that would invoke the wisdom of the ancients, and cast them on the ground. Bending over to read, he noticed the dark eyed, dappled fawn emerge from the cool forest, and after passing through a patch of fading sunlight, approach him unafraid. This was an omen and not unusual, and as she came closer and nestled at his feet, he reached out to her, as if to greet an old friend. As he stroked the silken fur on her breast, gently, she licked his hand. At that moment, a wren lit on the branches of a small blackthorn tree nearby, and sang her song for him. He smiled then knowing what he must do. Another glance at the stones confirmed his belief, and picking them up, returned them safely to their resting place. He then rose to go back to his people, tell them of his revelations and fulfill his destiny.

On his arrival back at Tara, Lochra requested and was granted a private meeting with king Laoghaire. At the meeting, he told Laoghaire of the vision he had had while on his sojourn and prophesied that, "A tailcenn (baldhead) will come over the raging sea, with his perforated garments, his crook-headed staff, with his table (altar) at the east end of his house, and all the people will answer 'Amen! Amen!" Lochra’s prophecy came to pass soon after, and he advised Laoghaire to be wary of the tailcenn as he was a threat to their time-honored customs and way of life. Agents were dispatched with instructions to closely observe the stranger and report his movements and practices. Word had come back to Tara, via messengers, telling of a man, whom the people were calling Patricius, and his retinue who were traversing the country speaking to them about a new God who had sent his son to the earth to save them. He told them that they must forsake their old Gods and beliefs, their custom of animal sacrifice, their worship of trees and that they must embrace the new way of life or be dammed forever in everlasting fire. Many, including Laoghaire’s daughters Eithne and Fedelm had already embraced Patricius and agreed to the new philosophy, and Laoghaire, fearing for the future, had ordered his death. Two separate attempts were made on his life, but he somehow managed to survive each one. It was further reported to Laoghaire that Patricius had erected a house at Ard Macha, a shrine at Saul and another one at Cashel where people were meeting and worshiping the new God. It was also reported to Laoghaire that Aonghus, the king of Connaught and Daire, the king of Ulster, had welcomed Patricius and invited him to their royal residences where they had accepted the new faith and were baptized. When news reached Tara that Patricius had lit a fire on the Hill of Slane during the spring equinox, Laoghaire was infuriated. The law was specific and stated that ‘No other spring fires be lit except for the festival fire at Tara.’ Fearful, desperate, and under increasing pressure, Laoghaire demanded that the troublemaker attend the Feis at Tara and explain his intentions to the assembly. If he refused to attend, he was to be brought before the king by force. . . .

From "Out of the Ice: Ireland Past and Present."
By Author/Poet John A. Brennan.

Another wonderful story told with your usual fine artistry - enjoyed!

Did you read Part One?

Terrific intro to the story of Patrick's mission. As usual you have all the details like a man who had just come back from there and who sat with the Bards.  Well done.

Thanks Mike. The final installment will be posted soon.

Brings me back to National school John but now I am impatient for the third part; many thanks a chara...

Thanks Norah. Sadly we were never taught this in school. We had to learn it for ourselves.

Wonderful story about St Patrick's mission, John and the importance of Lorca in the Patrick story. Excellent work

Thanks Jim. It is truly a wonderful story. Glad you liked it.

Great storytelling John. I never knew this history. Thanks for this great  and fascinating presentation.

Thanks Daniel. I think anyone who takes the time to read all 4 parts of the story will come away with a deeper understanding of that period in Irish history. I am glad you enjoyed it.