On July first, we Canadians celebrate what we refer to as ‘Canada Day’, that day in 1867 when The British North America Act brought the Provinces of New Brunswick and Nova Scotia together with the formal dividing lines for Ontario and Quebec, and these provinces together formally became the Dominion of Canada. The many pressures and politics of the region had finally forced the emergence of a Confederation.

Not without some Irish influence did this union of provinces happen. In fact the Irish Fenian Brotherhood movement had spurred along the idea of union among the British North American colonies. Due to increasing skirmishes along the border as the Fenians tried to move in from the United States to capture British North American colonies, believing that they could hold these as ransom to bargain for Ireland’s independence from British rule, the colonies became increasingly aware that they required a united defense against threats. And with Britain urging independence within the North American colonies to develop their own economic plan and therefore decrease the tax burden on Britain itself, unity was becoming increasingly predominant. 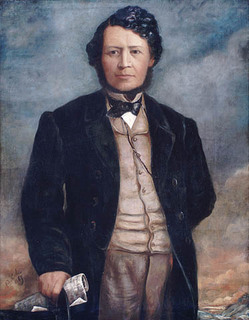 An Irishman by the name of Thomas D’Arcy McGee (pictured at left) had come to Canada in the year 1857 and ended up proving to be one of Canada’s most colourful politicians. Having had to flee Ireland after supporting the failed Irish rebellion of 1848, McGee had spent time in the United States as editor of his own newspaper which he used to voice his opinions for Irish independence and also for the betterment of Irish immigrants. He could not find much support in these endeavors and made the decision to move his family to Montreal, Quebec where he continued his editorial profession and pursued the topics of Irish politics, adding to that his new venture of uniting the British North American colonies. He eventually became a Canadian politician, easily gaining the large Irish vote.

During his political career, McGee became one of the most talented orators of his time and increasingly rallied for a national vision of Confederation. He lobbied, toured and eloquently spoke his way into Canadian history. But his opposition to the Fenian movement at a time when most Irishmen supported Irish independence was to be his undoing. Although supporting the Irish cause, McGee rejected and criticized the Fenians on the grounds of their violent tactics. Just as his political career was winding down, he was shot outside of his rooming house in Ottawa.

Although becoming one of the Fathers of Confederation in Canadian history, Thomas D’Arcy McGee became a victim of assassination in 1868 at the young age of 43, just one year after our nation was born.

His Irish influence will forever be a part of that history. 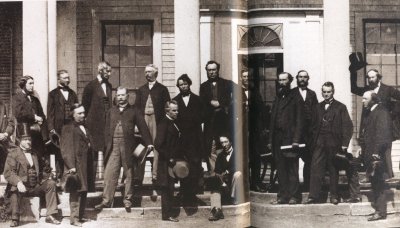 Thanks for sharing this important history with our closest neighbor, Fran. Reading this does remind me though of an article I encountered 10 or so years ago, outlining the Canadian government's secret plan for defending itself in the event of a US attack. This was prepared, I think, in the 1920s.