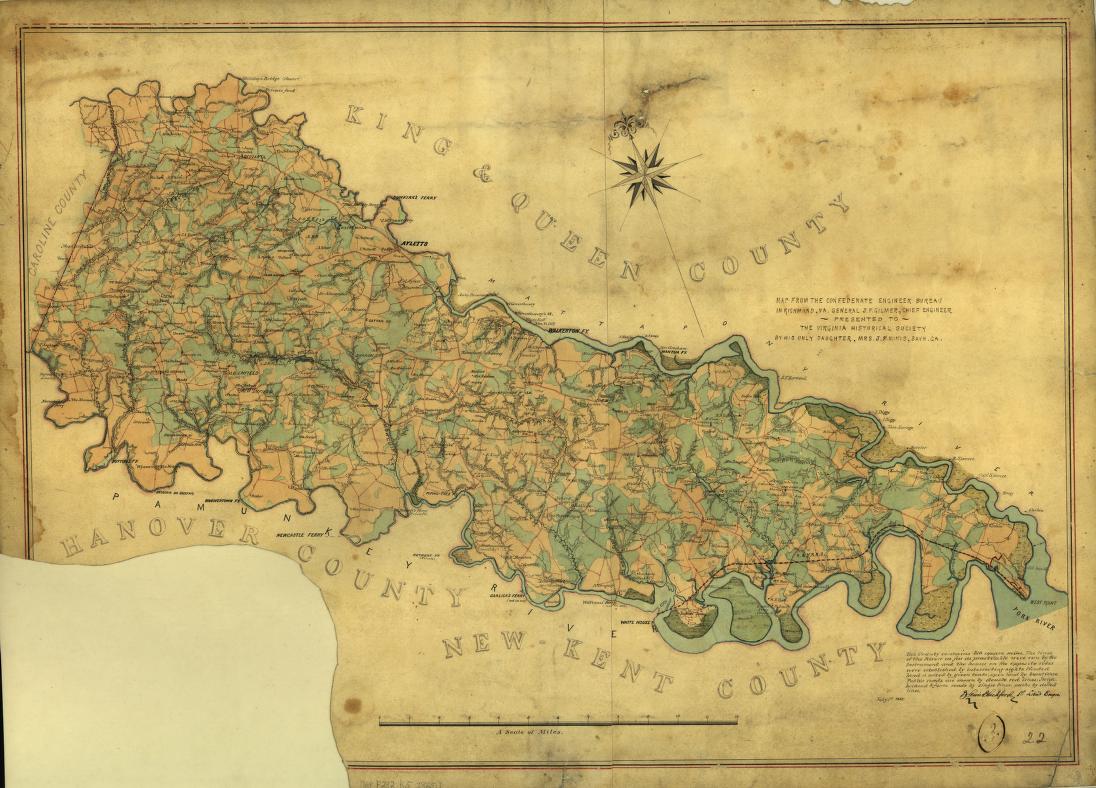 The genealogy and history of the Presbyterian Church has always been intertwined in Virginia history. Beginning in the 18th century, protestant dissenters were seen unfavorably by the Established Church of England. Presbyterians, Quakers, and Puritans because of their religious beliefs were penalized by the British government socially, politically, and in matters of religion. The Presbyterians, especially, had a traumatic relationship with the authorities.

Beginning in 1717, a massive immigration of Scots-Irish persons who had Scottish ancestry from Northern Ireland, entered the British colonies and continued until 1775.1 A majority of the immigrants were Presbyterians, however, it was not uncommon for other dissenters from the Church of England to participate as well. The reasons for leaving their homeland were many. One of the most devastating causes was the growing difficulty of maintaining a livelihood due to an oppressed economy. One of the once historically favorable industries of Northern Ireland was being targeted by the English government. Being a pastoral society, these Scotsmen developed a thriving wool and linen industry that caught the attention of the British.2 Aware of the income generated, the English authorities enacted a law that prohibited the export of their products to other countries, except to England and Wales. To complicate matters, the ability to support a family with a respectable level of income was hampered by the frequent number of famines that occurred.

Rent-Racking was another controversial issue that further limited prosperity. In 1717, landlords increased the rent on Scottish, Presbyterian tenants by doubling or tripling it.3 After this, farmers were unable to pay their rent which was worsened by the declining woolen industry.

Having enough of this injustice, Scottish families left Ireland for a better and hopeful future. However, they would be sorely surprised at what they would actually experience in the new world. In Virginia, the Presbyterian Church and its followers would still experience social, religious, and political persecution.

In the upcoming part 2, we will examine how the Scottish of 18th Century Central Virginia struggled and how they managed to survive in the new world from a genealogical and historical viewpoint.

3. Dunaway, The Scotch-Irish of Colonial Pennsylvania, 29.

5. Dunaway, The Scotch-Irish of Colonial Pennsylvania, 31.

Thanks so much! Several of my ancestral lines belong to this group. It's great to learn more!

David, would you please provide a link for the map image? I'd love to view it in more detail. Thanks!

The credit for the image goes to someone else,actually, I don't know who. When I submitted the post, I didn't have an image. I also think it is very beautiful as well :}. I like pictures of old maps as well.

Hi David, TWIG admins once included a photo for one of my posts too. Nice that they do that! Old maps are so beautiful and often teach me so much.

I found the image by doing a key-word Google search, probably using the names of the counties David highlights, along with "18th Century."