Racing fruitlessly after a tram that was speeding away from him, a young British soldier spotted a shy young woman, out for a stroll in Dublin City, on her day off from working as a governess in Merrion Square. Lillie Reynolds, a softly spoken young woman who had been raised in the Protestant faith, did not usually flirt with soldiers, nor indeed with any man, but on this occasion she shared a wry smile with the soldier who had missed the tram. That soldier would become her husband, and the man who would be graced with the title of freeing Ireland . . . this soldier's name was James Connolly.

Lillie, along with the other women who would become widows of the 1916 Easter Rising (Maud Gonne McBride, Kathleen Clarke, Áine Ceantt, Grace Pllunkett and Muriel MacDonagh) were not to know that when they met and fell in love with these men of principle and were married that they would share their lives with men who were so passionate about freeing Ireland that they would literately die for this cause.

Lillie Connolly [née Reynolds] was born in Carnew, County Wicklow to a Protestant family which, in that era, carried the assumption that one's family background was aristocratic and wealthy. Some sources would suggest that she worked as a domestic servant in Merrion Square; other sources would suggest that she was a governess there. However, the many photographs of her would suggest that she was a woman of groomed appearance, with her hair and clothing reflecting what would befit a governess of that time rather than a domestic servant whose clothing would be black and white as provided by the master of the house to reflect their status.  [Read "That’s Just How It Was."]

When Connolly deserted the army [or resigned as some sources would suggest] she moved with him to Scotland where they married in the Catholic Church in Perth in 1890. Soon afterward they moved to his home city of Edinburgh, to live at 22 West Port in the Cowgate area, where they shared a house with 30 other people. They went on to have seven children; their last child Rodrick was born in 1901. Mona, their eldest daughter, was burned alive in 1903 while tending to her younger siblings when Lillie had gone to purchase the tickets to sail to America. Neither Lillie nor James Connolly ever recovered from this tragedy. 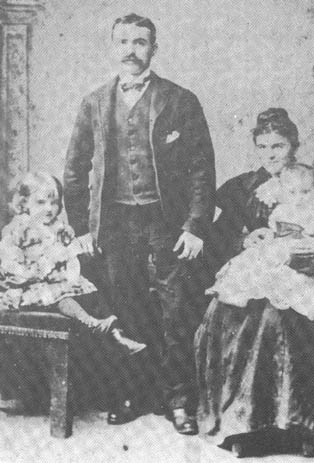 In Edinburgh, living in what would be considered a hovel, they were desperately poor. Lillie sacrificed a great deal to support her husband’s dedication to socialism; she  unwaveringly followed and encouraged him wherever his unreliable work took him. Connolly name preceded him and so it was in the style of being a Scottish Socialist that he was invited to return to Dublin in May 1896 as a paid organizer of the Dublin Socialist Society, and Lillie packed her bags once again and followed her husband’s dream to promote socialism wherever he could. Lillie stood firmly beside Connolly while he inspired others to follow him and as he founded the Irish Socialist Party.

While his time was spent promoting all Irish causes and he became the founding editor of The Socialist Newspaper, Lillie raised their children. Some sources suggest that Lillie home-schooled all their children, with Nora [2nd daughter] being able to read and write by the time she was three years of age. This would suggest that Lillie had indeed been a governess, rather than a servant, as the majority of Irish Catholic people could not read and write in this era.

By September 1903, Connolly was frustrated with the little progress being made by the Irish Socialist Party and economic factors in Ireland at this time, and this drove him to believe that the family would be better off in America. It was while they were in the process of buying tickets and packing that the tragic death of their eldest daughter took place. They did not postpone their emigration ideal, and carried on with their plans; not knowing what James would do to earn a living in America, Lillie once again put all her trust into following her husband.

While in America, Lillie once again allowed her husband the freedom to pursue his dreams of a socialist world. He joined the Socialist America Party [1906], the Socialist Party of America [1909] and the Industrial Workers Party. He founded the Irish Socialist Party of America [1907], and wrote a book called “Labour in Irish History,“ and also founded the newspaper called “The Harp “ [which would become a highly contentious and thorny issue in Ireland in later years, between Larkin and Connolly -- read about Larkin here]. Connolly traveled around the United States delivering his lectures on socialism while Lillie steadfastly raised and educated their children and stood firmly beside him.

By 1910, Connolly made the decision that the family should return to Ireland, where their hearts still lay, and once again Lillie booked the tickets and did the packing while caring for their children.

Back in Ireland, Connolly was offered the job of being James Larkin's right-hand man in the Transport and General Workers Union. He also tried to get into politics, standing twice for the Wood Quay area of Dublin, both times unsuccessful. During this time, Connolly lived at Countess Markievizc's home in Dublin, while Lillie made a home in Belfast for the family, with Connolly traveling to Belfast every weekend.

During the now infamous '1913 Dublin Lock Out' for which Connolly was jailed, Lillie walked from the jail to the mansion of the lord lieutenant and persuaded the politician to intercede for her husband. Throughout the following three years, Lillie continued a normal routine of caring for and schooling their children and supporting her husband, knowing full well that he was putting in place plans that would put his life in danger; throughout this time she never faltered in her support for him.

When the Rising began, Lillie and the children were sent for and they were all guests in Countess Markievizc's home. When Connolly was mortally wounded and subsequently arrested, Lillie was beside herself with anguish. Frantic with worry, owing to the serious nature of Connolly's injuries, and with the media hyping the expectations that all of the leaders would be executed, Lillie fought to see her husband on the 8th and 9th of May. Then when she was sent for in the early hours of May 12th, fear gripped her because she knew in her heart that this was to be his end. Lillie and Nora attended Connolly in Dublin Castle Hospital. In a haze of pain, she stood beside her husband’s bed, knowing that his physical and emotional anguish must be far greater than her own. She fought to control her tears as her husband spoke calmly of his execution. As he said the words "I am to be executed," Lillie was distraught and cried "Your beautiful life, Jim, your beautiful life" to which Connolly replied "Wasn’t it a full life, Lillie, and isn’t it a good end?"

Three months after the execution of her husband, Lillie along with the wives of the other executed men, were received into the Catholic faith. She initially received £50 from the Irish Volunteer Dependents Fund. All of the wives of the executed men had to fight hard to gain a pension. Lillie, like many other women, struggled through poverty and illness to raise their children; some would succumb to depression.

Some sources suggest that a house was made available to all the families of the executed men, in Sherries north of Dublin, to accommodate them and their children in a holiday atmosphere. Lillie is believed to have taken advantage of this, so her children could have as normal a life as possible. 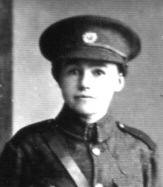 Lillie died in 1938 after a long illness and is buried in Mount Argus Cemetery. The then-Taoiseach, Éamonn de Valera, joined in the tributes to her for her dedication to her husband’s cause, and her lifelong support of socialism.

Their youngest son, Roderick, and daughter Nora would go on to become politicians in the same socialist mold as their father. No doubt, both Lille and James Connolly would be proud of them, as they would have been of all their children and grandchildren.

Most of the music and songs of Irish Revolution, the Easter Rising, the 1981 Hunger Strikes are of the men or places.  Very little music is written of the Women in Irish Revolution.  Of course there is "Grace" and "Women of Ireland" but not too many more.  A few month back I found a song on Lillie Connolly written in 2007 by Brendan Phelan, a member at that time of The Beer Mats.  It is a good song and you can find a bio on the group at this link http://www.cdbaby.com/Artist/TheBeerMats.  The photos on the jacket of this CD are the same as in this article.  The CD is "The Beer Mats" Easter Lily.

Thank you Diane V Byrne.s...The women of the 1916 were mostly forgotten, so it really good to see them being highlighted in articles like like the above and in music...

They were as much a part of the 1916 Easter Rising as the men were..... lets them them all the respect that they deserve and more