Childhood memories if School . In Ireland school days commenced at the age five years . I was born in the January – so I was five and a half years old when I started school/ I followed my older sister Ronnie [Veronica] and brother Pat [Patrick or Watser- his nick name] who also attended St Patricks National School Bray Co Wicklow . Pat however had been transferred up to St Cronins School boy’s school before I started school. My mam ; aunts and uncles all attended St. Patricks R.C School 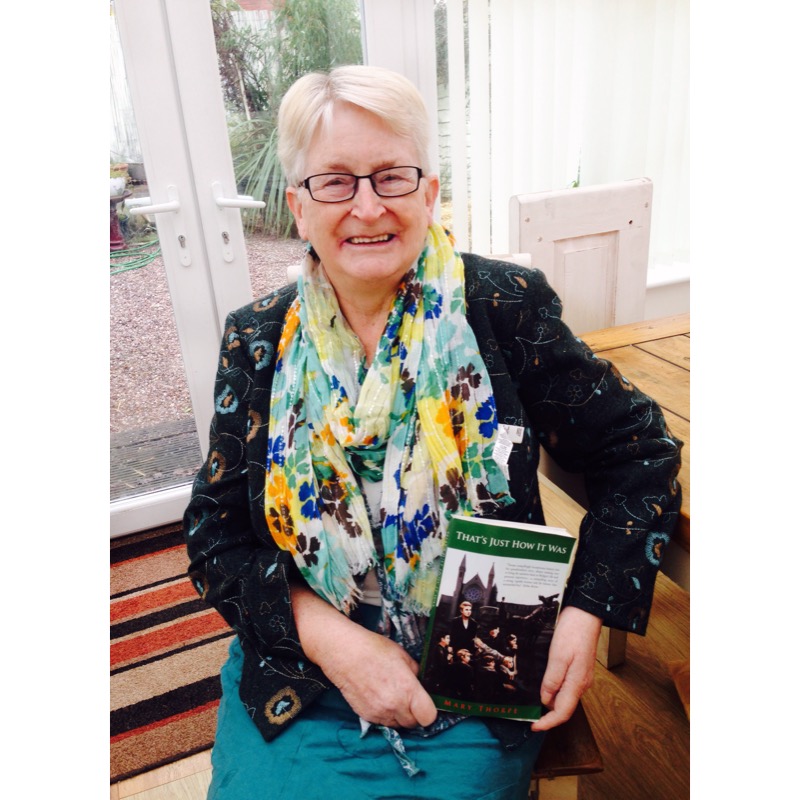 Pat’s nick name came about because he was always looking out the window and not paying attention to what the Teacher had to say. So when the Teacher would call out Patrick Kavanagh- he would invariably answer with ‘what Sir’.

So the ‘What Sir’ became ‘Watser’ – and forever after he became known as ‘Watser’ . For example – if I met anyone in Bray Town that knew our family – they would ask- are you ‘Watser’s sister .

My sister Ronnie was a favourite of Mother Antoniou’s – not only was our Ronnie blond haired /blue eyed ; she was also a ‘nerd’ always studying; and Mother Antoniou’s encouraged her; despite the fact that our family lived in one of the poorer areas of Town . Mother Antoniou’s saw the potential in her. Our Ronnie was not subjected to any of the smacking or beaten with a chair leg because of her studies attitude.  The nun who beat me would often ask ‘why is she not more like her sister ‘; not knowing; not caring and not even trying to understand why I could not spell or be as studious as her.

Now you may wonder what living in the poor area of Town has to do with education. Well it had a lot to do with living in the wrong part of town in this this era ; living in the poorer area of Town meant that for some Teachers and Nuns ; they had the justification to treat us children differently; i.e those children who live in the better area’s had packed lunch’s in Lunch boxes ; and were therefore not dependant on the merge cup of hot chocolate made up of half milk /half water; and a bread bun with no butter; were spoken to kindly ; smiled at and in general terms; were treated like people.  .

Children whose parents who were deemed to be of a better class; i.e had good paying jobs and private housing – were treated better in the classroom as well; those of us who lived in Wolfe Tone [a council estate] or other less salubrious accommodation; not private; were treated as second class citizens.

Some of the Nuns and the Teachers – I do honestly believe- took their frustrations of having to teach the poorer children; out on us. Lateness was not tolerated; school work not completed – was not tolerated; nor was talking in class; for all the children who happened to be poor. Those more fortunate enough to belong to the families of better off parents were excused from all of this/ they sat at the front in their nice cloths with their nice school bags and lunch boxes .

I was dyslexic ; but as this was not a known as a learning disability  in this era; the teachers /nuns would very often call me stupid. I would be made stand in the corner with my back to all the class for hours- I was not the only one who was treated like this.

Any excuse was used to take out the ruler; to smack us over the knuckles as hard as possible; not once or twice but several times. ; for not know the spellings; not being able to answer a question. I remember very distinctly on one occasion I was cheeky to the Nun because she had accused me of taking a towel.

Before she even checked my desk or done anything else to investigate this alleged theft – I was beaten with the leg of a chair; very hard on the back of my legs . Very painful. This was not a one off for us poorer children; it was the norm.

When I got home that evening my grandmother noticed I was limping; so that started the conversation about ‘she is not going to be treated like this anymore ‘ whereby the decision was made that my Mammy would go to the school the next morning to challenge this nun.[this nun is now dead so I will leave her to meet her maker] .

As it turned out our Ronnie had found out that another girl had told lie’s on me and got me the beating; but ‘guess what ‘ – she was a girl whose father had  a good job and they lived in a private house in a good part of town . Was she ever taken to task for lying; of course not. The excuse given was that she had thought that she had seen me taking the towel. [so that’s all right then]!! All these years on- the mind boggles at the discrimination that befell those of us who just happened to be poor.

Would this happen today in a more enlightened society in Ireland today; my guess is ‘yes’ ; but it would be in more covert way . [if anyone thinks any differently ; please let me know

That’s my memories for today Folks