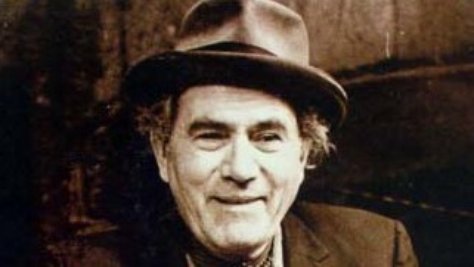 My love for stories started with my Uncle Jack Fallon and the stories I heard as a child growing up in Co. Westmeath in the 1940s and 50s. My Uncle Jack was not a "trained" storyteller, but he had a wonderful ability to weave and tell stories about the local people and everyday happenings. In Ireland, they say if you are good at something (dance, sing, play music) you have the "gnaa" for it. Well, my Uncle Jack had the "gnaa" for telling stories. I was fascinated at how he could weave everyday events into an exciting narrative that was interesting and funny. I remember thinking, "I want to be able to do that some day!"

My love of stories led me to be an English teacher for 39 years where I had the privilege of teaching the great authors of our literary heritage and their stories.

I came to storytelling after an acting career with theater groups on Long Island and in New York City. I told a story entitled "An Beal Bocht" ("The Poor Mouth") from the satiric novel of the same title, written by the great Irish writer Brian O'Nollain as part of the Irish Arts Center's production Siamsa (Entertainment), a performance that told the history of Ireland from Pre-Christian times up to the 1980s, including Bobby Sands and the Hunger Strikes.

Then I began searching for other stories, as well as writing my own. This lead me to the stories of Eamon Kelly (pictured above), whom I remembered hearing on the radio when I was growing up in Ireland. Eamon was born in Rathmore, Co. Kerry in 1914 and grew up in what was referred to as a "Rambling House." This was a time when there was no radio or television, so people "rambled" to each other's houses to socialize.

These "rambles" were an important part of the social fabric of the community. In his biography, The Apprentice, Eamon says that "people were attracted to my parents' home as a moth to a candle." "Our kitchen had all the rude elements of the theater: the storyteller, with his tragic and comic tales; we had music, singing and costume."

Eamon's father was a storyteller, so Eamon learned from him and other local tellers and eventually started telling himself. Along with the storytelling, he was involved in local theater where he met his wife, the Listowel actress, Maura O'Sullivan. Eventually they both acted with the Abbey Theater in Dublin.

In the 1950s and 60s, Eamon drew large audiences as he traveled the country telling his stories. This lead to a weekly radio program called "In My Father's Time."

The wonderful thing about Eamon's stories is that they give us a view into Irish life, the people, their habits and events in their lives. All told with great wisdom and humor. According to Eamon's friend, Mattie Lennon, "As a storyteller, his vivid and evocative descriptions are unsurpassed." "Whether it was about an 'immigrant' laden train gathering speed or sparks flying when the blacksmith struck the red hot iron, nobody could tell it like Eamon." Lennon goes on to say that everything Eamon said or did was tried, tested and honed to perfection. As an example, when rehearsing for Seamus Murphy's play Stone Mad, Eamon spent three (3) days at a quarry in the Dublin mountains practicing to cut stones. In the play he actually lettered a stone on stage.

While the great Eamon Kelly won't be heard and seen again on stage, (he died in 2001) luckily his voice lives on, on records, tapes, CDs and in the voices of those of us who love to tell his stories. The day of Eamon's funeral over a 1,000 people gave him a final standing ovation as his coffin was carried from the church. I'm sure if Eamon could have stood up, he would have bowed in appreciation!!

I’ll be appearing on Monday’s Wild Geese Sibin, where I’ll share more of my Irish story, along with classic Irish tales from Eamon Kelly and folks whom I’ve encountered along the way. Tune in! 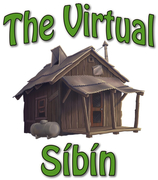 Looking forward to this. The session (literally) with Mary Courtney was fabulous.