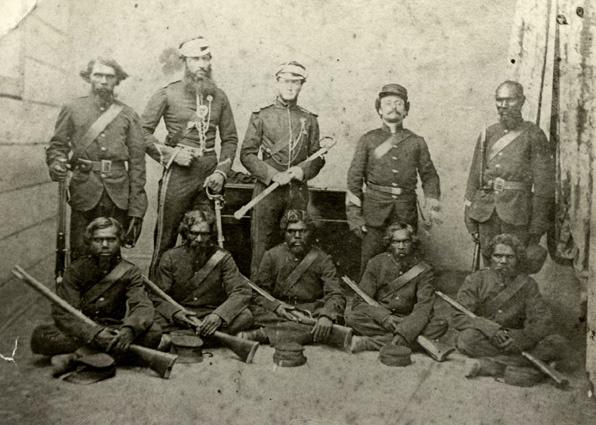 I'm a historical novelist and I do my best to get the history right, until it gets in the way of a good story, I then declare the bits of history that I've changed or made up in the historical note at the end of the book. My job’s to entertain rather than educate but I’m not out to knowingly deceive anybody about the past.

However, for much of my career, I’ve been a Government Internal Auditor and like to think that I’ve developed a fairly effective nose for dodgy statistics. By way of information, internal auditors don’t tend to check columns figures but exist to provide CEO’s with assurance that adequate internal controls exist in organizations to prevent fraud and manage risk appropriately. In other words, most of our time and effort is spent attempting to form a true, fair and independent view of a business problem and trying to devise ways to solve it. In other words, we deal in evidence and defensible statistical analysis.

In my novel, I wanted to include a few pages about a character who’d been morally broken by service as a policeman in the Tasmanian Black Wars, but after a bit of research I concluded that I couldn’t, in good conscience do so. The Black Line Operations, were like an episode of “Dad’s Army” with a Captain Mainwaring-like, Governor Arthur, trying to retain control of two thousand blokes spread out across a hundred-mile front, presumably being followed by a bewildered ADC saying “do you think that’s wise sir?” I’m not good at writing comedy and I’m not going to manufacture a massacre where no evidence of one exists. However, I’m not sure that many Australian Professional Historians share my scruples.

The Death Count from the Frontiers Wars

Currently, there appears to be a competition amongst Australian historians to try to produce the highest body count from the settlement of Australia during the 1800’s. It started with Prof Henry Reynolds in the seventies and eighties when he estimated the number of white casualties in the settlement of Queensland at about a thousand, determined that the ratio of white/Aboriginal deaths was about 1:10 and thus estimated the number of Aboriginal deaths in Queensland at 10,000. He then decided that this was half the total for the whole of Australia and an estimate of 20,000 came to be accepted as historical fact.

Prof Henry Reynolds claims that the Queensland Native Mounted Police were a large formation of unscrupulous killers and were responsible for many of the black deaths. It appears that his professional colleagues have jumped on the bandwagon and I have read estimates of a death toll of up to 60,000 people being killed by the Native Mounted Police being passed off as 'history'. One of the latest estimates comes from Prof Raymond Evans and Robert Ørsted–Jensen of the University of Queensland. This places the butcher’s bill at 45,000.

Briefly stated, the basis of their estimates are:

This might sound a reasonable approach until you consider the actual size of Native Police. Then they sound like something scrawled on the back of a packet on Benson and Hedges.

How many men were in this force?

If you listen to Reynolds and his mates they don’t state the size of the Mounted Police up front, and try to give the impression that it was a comparable size to the current Queensland Police with eleven thousand sworn officers. These historians state it was a “large force”, they don’t specify the actual size of the unit.

It was actually a cavalry squadron sized formation and over its history from 1848 to 1900, numbers rose from around one hundred at formation, peaked at about 170 officers and men in the 1870’s and then declined back to one hundred as the force was wound down for disbandment.

It appears that there was approximate ratio of one white commissioned officer to eight Aboriginal Troopers. Consistent with these rough orders of magnitude, it appears that there were about 200 commissioned officers who served in this unit throughout its history. From the 200 officers, it appears that duty was both dangerous (5 subalterns were killed in combat with Aboriginals) and there were high levels of accountability (25 subalterns were dismissed or required to resign their commissions for various forms of misconduct including brutality to the Aboriginals).

These figures come from a book by Jonathan Richards, who gives the impression that the Mounted Police operated in a similar manner to a South American Death Squad but unless you understand that it was actually a small unit, the significance of these statistics is buried.

However, I’m pretty certain that I’d be reluctant to join a peace time force where there was a 2.5% probability of getting killed in the line of duty, and a 10% dismissal rate indicates that the leadership were keeping a very close eye on junior officers.

Wikipedia estimates that there were 6,000 Boer combat fatalities during the Boer War. This means that the public is being fed a myth that a squadron of irregular police, many of whom, according to the current literature, were coerced into service; armed with carbines (presumably single shot breech and muzzle loaders) killed up to ten times as many people in battle, as half a million British troops deployed during the Boer War.

The numbers just don’t stack up, even Rambo couldn’t kill that many!

I'm pretty sure that many of the blokes in the mounted police weren't choir boys and an article I found in Hansard and the proceedings of an official enquiry by the Queensland Parliament in 1861 seems to support this view. The 1861 enquiry came on the back of two parliamentary enquiries conducted in the 1850’s by New South Wales, (before Queensland became a separate state in 1860). Three Select Committee Enquiries seems to give lie to the assertion that this was an officially sanctioned murder gang.

I imagine that a lot of ‘interviews without coffee’ occurred after that discussion in Parliament and the leadership of the unit ‘pulled their socks up’ pretty rapidly. (25 dismissals of commissioned officers in subsequent years would seem to support this view).

Using “Camps” rather than staffing levels as the basis of estimates I suspect that the use of the term “camps” rather than “boots on the ground” as a basis to estimate fatalities as the result of an alleged genocide is a deliberate attempt to form a mental association, in the minds of the public, with those camps that were a prominent feature of more recent and much better documented genocide. However, I might be shooting at shadows there.

The Australian public are being fed a myth of an officially sanctioned sustained campaign of genocide by ostensibly respectable academics which dishonours the victims of real genocide and ethnic cleansing campaigns.

There is also a myth being spread that the records were deliberately destroyed in 1940, therefore there's no information on the Native Police available. However, I am pretty certain there would be a lot of information in Hansard, financial statements, personnel returns and other official records.

In my opinion, the historical establishment in Australia are trying to perpetrate a myth of British Genocide as “fact” and a historian called Keith Windschuttle, who attempted to expose this phenomenon was portrayed in the same manner as the lunatics who deny the Holocaust. However, imagine if the prosecutors at the Nuremberg Trials had come to court armed with this calibre of “evidence”? I don’t think that they would have secured many convictions….

Why invent a genocide?

Reading between the lines, it appears that Reynold and his mates keep trying to pressurize Government to give the Frontier Wars an equal standing as those of our Overseas Wars. Failing that, they want a “well-funded National Aboriginal Museum” set up. I’m pretty sure that they’ll all make a bit of coin and gain a lot of status out of that. In my opinion, the truth is much more important and you can’t have a national history that’s been made up based upon estimates written on the back of a cigarette packet.

I think that there should be a national enquiry based upon proper investigation, audit and sound rules of evidence that will settle the question of whether genocide occurred in Australia for good. If it did occur, acknowledge it and move on, if it didn’t, then set up proper systems of accountability so that historians have the same obligation to tell the truth as they see it as other professions.