Louis Philip Brennan was born on Main Street, Castlebar, County Mayo, on January 28, 1852, the 10th child of Thomas Brennan, a hardware merchant in the town.

After the death of at least five of his older siblings as small children during the Great Irish Famine, spanning 1842-1847, the Brennan family emigrated to start a new life in the gold rush boomtown of Melbourne, Australia.

Louis Brennan started his working life as a watchmaker in Australia and went on to become an Irish-Australian mechanical engineer and inventor of Brennan’s torpedo, the world’s first practical guided missile, and the gyroscopic monorail, prompting Sir Winston Churchill to remark, "Sir, your invention promises to revolutionize the railway systems of the world."

Over the next three years, Churchill would do his very best to ensure that Brennan’s gyroscopic monorail would become the must-have transport system of the 20th century. He did not succeed but nonetheless, with a torpedo and a helicopter also under his belt, Brennan must surely be the most remarkable inventor born in Ireland.

At the tender age of 22, Brennan invented for coastal defense a torpedo that was propelled by counter-rotating screws driven by the unwinding of two fine steel wires from internal drums, steered by the differential action of the two wires, which were wound on to drums on shore or on shipboard by a 28-horsepower steam engine.

Louis Brennan was manager of the Government Torpedo Manufacturing Plant, at Gillingham, Kent, which manufactured his  torpedo from 1880 to 1896. He took up employment with the Ministry of Munitions from 1910 until 1918, when he moved to the Royal Aircraft factory at Farnborough, where he invented a type of helicopter. However, the withdrawal of funds prevented the invention from becoming a commercial success. Louis Brennan had at least 38 items patented in London by the time of his death. 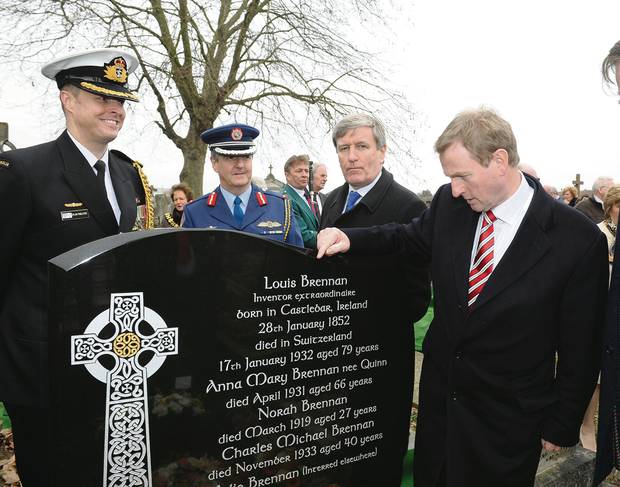 After a public meeting held in the T.F. Royal Hotel in Castlebar, in 2012, a local committee was formed to arrange for the erection of a suitable memorial to this famous Castlebar-born inventor.

This small and dedicated group, comprising local historians Brian Hoban and Ernie Sweeney; Michael Baynes; Michael Feeney, M.B.E.; and Mayo Person of the Year and Councillor Ger Deere, worked tirelessly behind the scenes to ensure this project would reach completion.

Thanks to the sponsorship among members of The Irish Diaspora in England, especially retired Manchester businessman John Kennedy, C.B.E., K.St.G, D.L. of Manchester & K.M.C.O.; Andy Rogers; John Basquill; Kieran McCormack, London; and the support of Castlebar Town Council, Louis Brennan has been given the recognition he richly deserves. Descendants of Louis Brennan from the United States joined members of the organising committee from Castlebar and members of Mayo Associations in the UK for this historic event.

A plaque commemorating the work of Louis Brennan was also unveiled in the adjoining oratory and a memorial service conducted by Monsignor Canon Thomas Egan (also a Castlebar native), the chief administrator of St. Mary’s, was held. 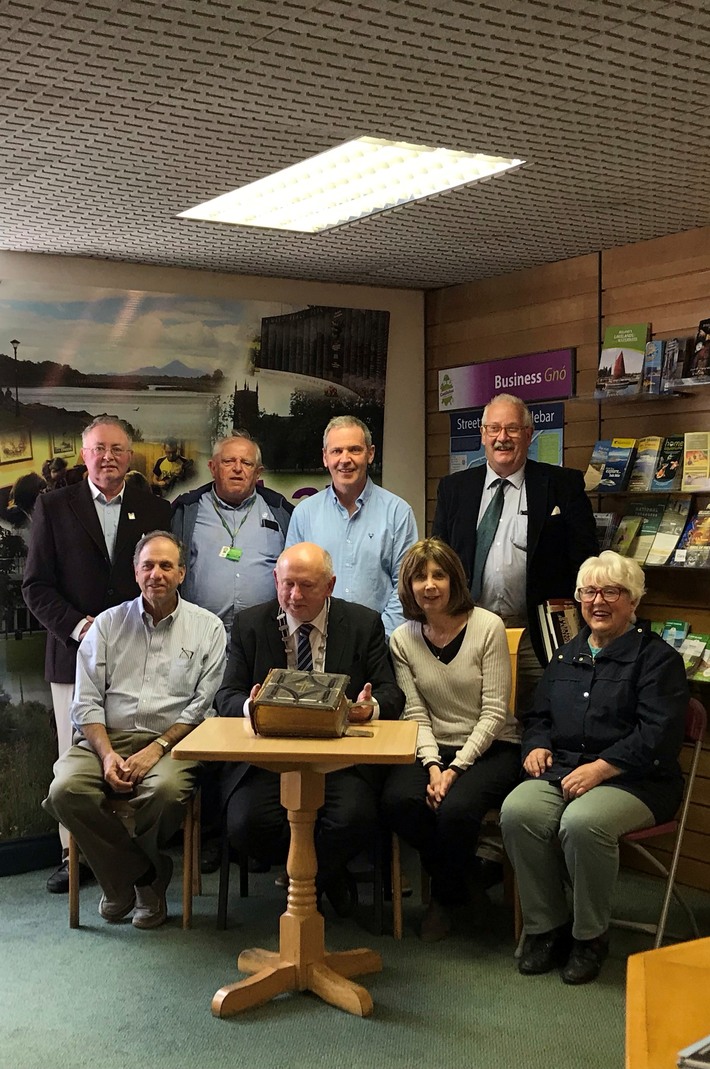 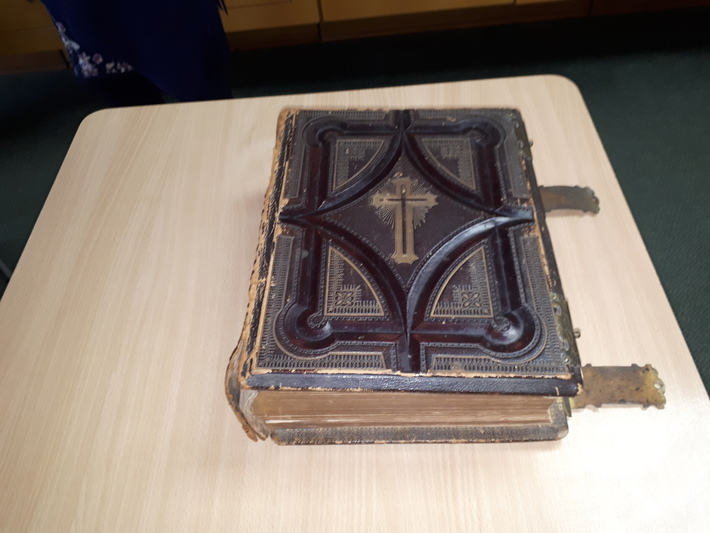 On Saturday May 11th 2019, Brennan relations Karen and Gene Wardamasky Bobrow visited Castlebar from South Carolina for the first time. They brought with them the Brennan family Bible that is over 170 years old and gifted it to the town.

It was both an honour and privilege for me to accompany Brennan descendants from South Carolina  on their first visit to Castlebar. It is hoped that following some conservation work on this valuable heirloom that it will be displayed in Mayo County Library for the people of Castlebar and visitors to the area to view.

This family bible includes complete list of births, deaths and marriages in the Brennan family, and from a historical point of view it is invaluable.

Brian Hoban is a Mayo-based historian and tour guide.