This is Part 2 of 2 of a Q&A with Sixteen Films Director Ken Loach, part of Sixteen Films' Production Notes for its biopic "Jimmy's Hall." The notes, assembled for the produceers by Benji Wilson, were presented to the entertainment industry trade and news media. We are delighted to share these perspectives with our readership, in cooperation with Sixteen Films and Sony Pictures Classics. (You can find Part 1 here.)

And why did you choose to film it in Leitrim, where the original hall was situated?

We looked all over the west of Ireland but in fact Leitrim was the best, not only because it was the truest to where the story actually happened but because it’s quite an empty county so the impact of modern technical things isn’t so great. It’s also quite deserted. A lot of people have left because of the lack of jobs, so it’s quite easy to film in. In the end, there seemed no reason to go anywhere else.

How did the locals respond to you telling a local story?

They couldn’t have been more welcoming. We had a lot of young people in the film and their commitment was very strong. What’s great is that they weren't cynical, they were very open-hearted and generous and absolutely committed. They worked their socks off and their enjoyment was infectious.

We looked all over the west of Ireland but in fact Leitrim was the best ...

What was the casting process?

We tried to keep a strong connection to the area, but there wasn’t quite the range of people in terms of professional actors. So we had to spread the net a bit wider. It’s just a long process - we see as many people as possible, anybody who shows interest. Kathleen [Crawford, Casting Director] is very good at drawing them in. We tried to cast as many parts as locally as possible because the sense of community is very important in this film - it isn’t just one or two characters and a bunch of extras. Everyone who is in it became part of the process - and, I hope, felt embedded in the project. I think you can always tell when there are big scenes in films and people have been hired from a casting agency. They just turn up and they’re placed by the assistant directors and the director directs from a monitor. You can’t do that. Well, you can but it shows in the fabric of the film. 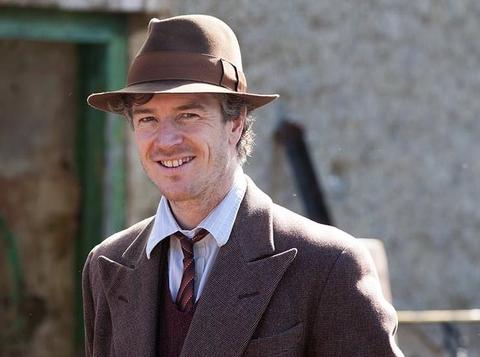 Why did you choose Barry Ward to play Jimmy?

Jimmy, as written, is politically very committed, he’s got a genial spirit, he’s got empathy with people, he’s got a history of working-class struggle, of working in different manual jobs, of travelling around the world. There’s a warmth and a generosity to him as well as a shrewdness. Finding all those elements was quite tricky. We didn’t want him too young and we didn’t want him too old - in real life I think he was about 40 when this happened. So we saw lots and lots of people but Barry was the one who seemed to bring all those qualities all together.

In real life he was a dedicated activist. I’ve met many over the years, dedicated trade unionists and organisers, people drawn to politics - once it gets its claws into you, it doesn’t let go. When Jimmy came back to Ireland, having been kicked out ten years earlier, reopening the hall was a big decision. Once the hall is reopened they’re going to be after him again. And once they’re after him, he’s either got to abandon the politics in order to stay or face the same huge battle as before. There was a feeling that the change of government would open possibilities but somebody with Jimmy’s politics would know that a politician like de Valera would betray the interests of the working class. Jimmy understood class struggle, and that conflict is inevitable. So it’s a very difficult question for him to dive back into politics when he’s returned to be with his mother, to help look after the farm. He’s exhausted after twenty years of travel and yet in the end what else can he do? If you’re political, you have no choice.

What parallels are there between Jimmy’s Ireland and Ireland today? 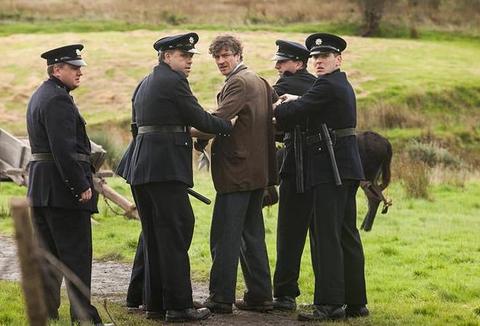 Well, I guess it’s the same struggle. There was a financial crash in ‘29 followed by a decade of depression and mass unemployment. That seems to be the case now: it’s a huge struggle for the left to get any purchase in the political argument; it barely does. Politics is presented as a narrow discussion between different right-wing parties, and yet there is great hardship with the poorest taking the hardest cuts, lots of young people with no future, and in Ireland mass emigration to look for any kind of job security. So it’s very similar in that respect: financial crash followed by economic depression.

Can film-making make a difference or affect the debate?

No I’m not sure it can really, not much. By-and-large, films reinforce the status quo because those are the big films that get made and get the big budgets and get the most advertising. They either reinforce the status quo or they’re just an escape valve. But I think that’s pretty well always been the case. The medium is capable of much more, but commercial cinema and the people who run it are not concerned with that. On the other hand, films can make connections, ask questions, challenge received opinions. At the very least, films can give value to the experience of ordinary people. It is through the drama of everyday life, its conflicts, struggles and joys, that we may glimpse the possibilities for the future.