Summary: Songs of the Snowy Mountains: The Settlers represents an important new contribution to the history of Australian folk music and to Australian folklore. The new book tells the story of Ulick O’Boyle, a prolific writer of songs, poems and ballads. Compiled and edited by his daughter Shannon O’Boyle, the handsome book tells the history of the man and his times and includes pages of the words and music of 24 songs, with a superb collage of photographs.

Australia's huge Snowy Mountains hydro-electric scheme was started in 1949 and completed in 1974. Covering more than 5,000 square kilometres, it has been described as ‘one of the modern wonders of the world’ -- there is only 2 percent of the massive engineering project above the ground . It was an enormous undertaking that would change not only the landscape of the Snowy Mountains but the very culture of Australia forever.

During its construction, more than 100,000 people from 30 different countries, including Australians, worked on its 90 miles of tunnels, drilled and blasted through granite rock. Towns were moved to new sites or submerged beneath 16 large dams. Seven power stations, two of which were underground, together with a pumping station, were all part of the infrastructure. The project diverted the waters of the Murrumbidgee, the Snowy and the Tumut rivers, to provide irrigation water west of the Great Dividing Range, and to generate hydro-electric power for use in New South Wales, Victoria and the national capital, Canberra.

Into this feverish activity in 1962, came a young Irishman, Ulick O’Boyle, from County Roscommon, finding employment as a concrete worker. During the five years he worked on the scheme, O’Boyle observed the interaction of people from many nationalities that lived in the construction camps and nearby small towns. Working and living together in the freezing cold or stifling heat of the capricious mountain climate, these ‘New Australians’ forged a vibrant multiculturalism. 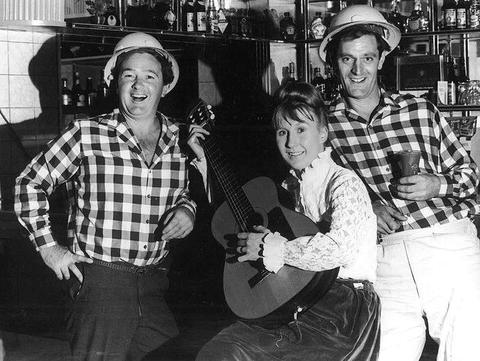 O’Boyle was a very talented man, with the heart and mind of a poet. In poem, ballad and song, he wrote his impressions of the places, the people, and the work that was being done. His fellow settler Paul Davey says, “Ulick captured the atmosphere of the life of Snowy workers, the diverse nationalities, the loves and heartaches, the dangers and terrors, the comedies and tragedies.”

To perform the songs he had written, together with his wife, Anne Rutherford, and a fellow worker, Peter Barry (pictured, left to right: O'Boyle, Rutherford and Barry), they formed a group, named The Immigrants, that later became The Settlers. They released their first album on the RCA label in 1966, followed by five more over the next 30 years.

The songs tell the stories of The Big Construction Game, the fate of The Dozer Driver Man (Olaf) and the tragedy of The Ballad of Big Pedro. Interspersed with these gripping tales of the lives of workers are songs of young love, Old Talbingo and the pain of parting (and renewing) Winter Back in My Heart. Then a change of mood to the ‘colour, life and laughter’ of the times with The Cooma Cavaliers, The Thredbo Slop and Friday Night – Long Weekend.

But O’Boyle reminds us of the price of progress with touching songs and poems like Jindabyne Farewell (one of the old towns submerged) and Jack Bridle’s Farewell to a way of life on the land. A well-informed man, he comments on life and social issues with wry humour in Long Gone Pom and Dear Hoffman and poignantly in Paddy Went Home in the Rain, Young Jack Frost -- Texan and Hard Rock Drilling -- I’ve Done It. There are 24 songs on a CD that comes with the book, or it can be purchased separately. 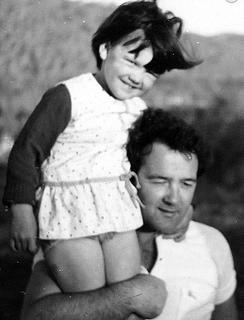 Ably accompanied by Anne Rutherford, Peter Barry and, later, Paul Davey, O’Boyle’s instrumental skills match his lyrics to perfection. Behind it all is the admiration he felt for those who came together from so many countries to build the wondrous Snowy Mountains scheme. The last lines from the song 1949 say it all:

There is something of value left behind

When you come from the breed of the building kind

That built and worked and made the Snowy Scheme

His daughter, Shannon (pictured, with her father), has made a fitting tribute to her father and has ensured due recognition of a man who in the words of Paul Davey, “will stand in history as one of Australia’s foremost song writers and balladeers.” Ulick O’Boyle’s songs and ballads have become part of the Snowy legend and as such are a significant contribution to the story of Australia. Click on www.songsofthesnowy.com.au for the full story.

Photographs are courtesy of Shannon O’Boyle.

Very thoughtful insight into a Irishman's life in Australia in the ear 1962 .. This is an era when I was growing up in Ireland ; and I can remember very vividly many of my friends older brothers /sister /aunts /uncles - making the bold decision to emigrate- leaving heartbroken Mothers /Fathers behind ; never to see their ;loved ones  again. Such was the distance in miles and money in that era - that in the present day era of emigration - it is more likely that Mothers and Fathers do their utmost to visit children wherever they are in the world....