Irish Neighborhoods In NYC At The Irish Cultural Society Meeting 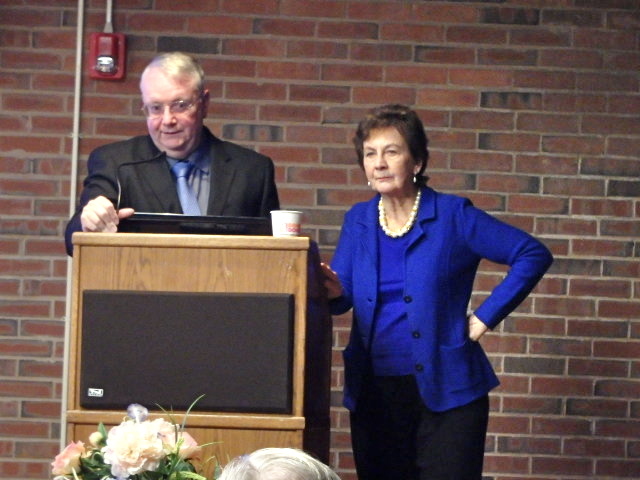 John Ridge, premier researcher of Irish life in the New York metropolitan area, spoke about the discoveries he has made about Irish neighborhoods in New York at the Irish Cultural Society meeting on November 13, 2013 at the Garden City Library.  The more than fifty people who attended the talk  took away from the meeting a sense that the Irish immigrants to New York in the late 19th century and early 20th century sought comfort in the new world by living among people who came from their own counties in Ireland.

John Ridge was introduced to his audience by Clare Curtin, vice-president of the Society, as “The greatest New York historian around.” John lived up to that description in the presentation which he titles “The Lost Colonies of New York,” a talk which he illustrates in a Power Point presentation with maps and photographs.  In his talk, John escorted his audience to the Irish colonies of Old New York with pictures of churches, marching bands, athletic clubs, social gatherings and neighborhood streets.  For instance, he referred to the 7th Ward in lower Manhattan as the Cork colony and the 4th Ward as the Kerry colony.  Gathered also in lower Manhattan in neighborhoods we now call Chinatown and Little Italy were settlements from Sligo, Longford, Tyrone, Tipperary, all within walking distance of Old St. Patrick’s Church and Transfiguration Parish.  The Clare people, Ridge pointed out,  preferred uptown, settling in the West Village around 14th Street, as did Kerry Irish in Hell’s Kitchen. 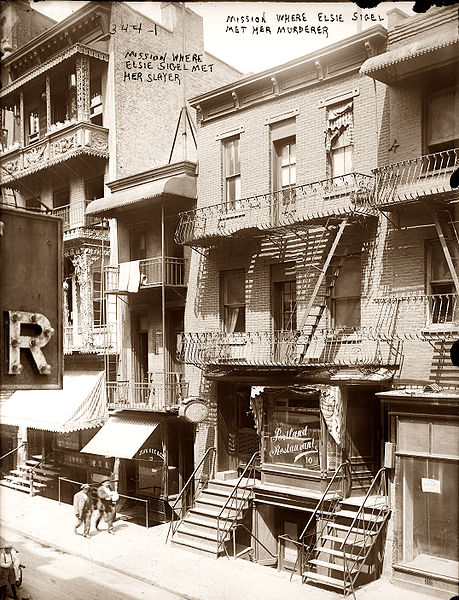 During his research, Ridge noticed that many of the colonies were near the waters of New York, the Harbor and the East and Hudson Rivers, as many of the jobs the Irish immigrants took were maritime related, such as stevedoring.  The attraction to water continued in Brooklyn, such as in the Navy Yard area of north Brooklyn which attracted a Donegal presence and a Longford population which followed a priest from Longford.  Not far from the Navy Yard was Greenpoint where the McAllisters of Antrim, the tug boat entrepreneurs, and others of the County Antrim found homes.  The Connecticut Irish immigrants, too, followed the water with many colonies along the Connecticut River.

Ridge’s rsearch found that not all of the colonies were located near water.  Interior neighborhoods in The Bronx were home to many Kilkenny immigrants and Yonkers to Waterford people.  Flatbush hosted Clare people around Holy Cross Church.  Bay Ridge was home to immigrants from Limerick and Staten Island, north shore only, to Cork Irish.

Work, too, was not exclusively associated with shipping.  Knox Hats hired many Irish and the leather industry and coal industry had work for the Irish, as did Civil Service.

John Ridge’s talk stimulated many questions from the audience.  John’s depth of knowledge about the Irish was on display as he fielded questions about churches, marching bands, Irish societies, genealogy, Boss Tweed and so many other enquiries about the Irish in New York.  One question stumped John Ridge:  An audience member asked John if he had ever heard of “half-door” dance competitions.  John had not, but every audience member knew that “half-door” dance competition would be put on John’s agenda that night for his patented indefatigable research.

John Ridge’s presentation at the Irish Cultural Society’s meeting confirmed his status as the “greatest New York historian around.” ICS