Headlining were the Prodigals' foursome of Gregory Grene, Dave Fahy, Eamon Ellams and Trifon Dimitrov. Regarded as the “Best Irish Traditional-Rock Band” by The Village Voice, they didn't disappoint the Sinatra Park Amphitheater audience, which braved a cold night to join the fun. Keeping the toes tapping in wait of The Prodigals were local favorites the Will O’Connor Band, Gold n Brown and Colin Nisbet.

Hoboken resident Alexis Walling, a speech-language pathologist by day and co-organizer of the Hoboken Social Sandbox on the side, a local meet-up-style group, attended the festival with friends. Walling, whose great grandparents on her father’s side hail from Donegal, acknowledged the chill, but thought it was "great regardless." "The bands were the best part and the open air beer garden was a nice touch," she said. 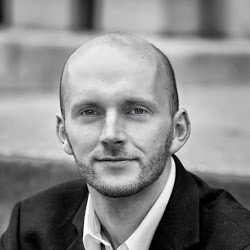 The Jersey City Fire Fighters Pipe and Drum Band, which performed at the Lepre-Con event March 2, provided traditional parade music. Also offered on the evening was face painting, dance performances by the Garden Street Irish Step Dancers, Emerald Fire Dance Ensemble and Peter Smith School of Irish Dancing. Emerald Fire is a dance company that was originally based in Dublin and put together to tour with symphony orchestras in Europe in 2001.

Students from Hoboken Charter School and their high school student council provided a booth with craft activities for children. Anthony David’s, Bin 14, FlipSide and Baker’s Bounty were a handful of the vendors offering excellent food. A portion of proceeds benefitted the Rebuild Hoboken Relief Fund and American Legion Post 107.

The only missing element from the festival compared to last year's inaugural, aside from the balmy weather, was the city's hurling pride on display -- The Hoboken Guards Hurling Club. Though team members represented the club at this year’s event, the third-year nonprofit social / sporting organization of mixed Irish and Americans didn't have the chance to play a exhibition match as transpired last year, due to field renovations taking place.

The Mayor said Hoboken is proud of its hurling heritage, and energized to help bring Irish culture to the loc al population through the increased presence of NJ's lone GAA club. "Last year children and adults - myself included - absolutely loved being introduced to this famous Irish sport by the Hoboken Hurling Club," said Zimmer. "We look forward to hosting the Hurling Club on Sinatra Field when it is completed this summer. … I am certain that Hoboken residents will love the chance to learn more about this popular Irish sport."

Sinatra Field, a soccer-style field with netting sits adjacent to Sinatra amphitheater. Hoboken's top two claims to fame remain that it is the home of Frank Sinatra and baseball. The city is also home to one of the first reported hurling matches on American soil. (See sidebar, “Hoboken’s Hurling Club’s 1858 Roots Planted on Elysian Field.)

Kurt Gardiner has lived in Hoboken for 10 years. "Part Irish and a mixture of German and Lithuanian," Gardiner was covering the event for the community events-based website he runs, TheBoken.com. "It is a nice new family oriented tradition," said of the Guards. The weather was cold so the turnout was down from the first year but the festival has potential. The music was great and I think over time this could grow into something special,” he said.

Whether Hoboken hosts a parade or festival on a weekday or weekend, whether the city enjoys an 80 or 40 degree temperature day during a cultural festival or concert, Galway-born Geoff Healy, writing from Dublin wrote longingly of the Mile Square City he "loves but was forced to leave." Geoff lived in Hoboken for more than a year with his girlfriend, but his visa ended shortly before Christmas, propelling their collective return to the old sod. Healy can't speak more glowingly of Hoboken.

"It was a fantastic experience (living in Hoboken), the best of my life and I'm gutted to be home," said Healy. "The last three months I was in the States, I lived in the West Village of Manhattan, and I missed Hoboken and the sense of community it offered every evening. Hoboken is a special community." WG