The  following is a transcript from the LIVE Community Chat held here at TheWildGeese.com on Friday, September 26, 2014 with with Niall McKay of Irish Film New York..  Some editing has been applied for clarity.

The Wild Geese:  Céad míle fáilte, a chairde! So glad to see each one of you who have stopped by for this evening’s LIVE Community Chat here at TheWildGeese.com.  We’re talking Irish films today, and especially the brilliant work of Irish Director Jim Sheridan.

With us is Niall McKay from the group known as Irish Film New York. IFNY will be hosting a talk with celebrated film writer and director, Jim Sheridan on Friday, October 4th at the Cantor Film Center in New York City.  Sheridan will discuss his previous films including the Oscar-nominated "My Left Foot" and "In the Name of the Father" as well as his upcoming projects.  The talk will be followed by a screening of Sheridan's film, "In America."

Niall McKay:  Good afternoon folks. So happy to be with you.

The Wild Geese:  Niall, please tell us about the organization you're with -- Irish Film New York (IFNY).

Niall McKay:  Irish Film New York started four years ago when I moved to New York. Culture Ireland and the Irish Film Board asked me to replicate what I had done in San Francisco. (I had started the San Francisco Irish Film Festival)

The Wild Geese:  And what is the main function of IFNY, Niall?

Niall McKay:  We've had four great years, hosted President Higgins, premiered 10 films, shown 20, had an audience of over 3,500 people over that time.

Niall McKay:  We are here to help Irish Films and Irish film makers make their way in the U.S.

Jerry Kelly:  What projects are you working on yourself, personally, Niall?

Niall McKay:  I am actually a producer/director. I run Irish Film New York because I love Irish film.  I am doing an comedy TV series called "On the Lig" (about a group of Irish artists who mooch free food and drink at high class New York receptions and openings. (i.e people like me!)

Jerry Kelly:  Where can we see "On the Lig"?  It sounds like a great premise.

Niall McKay:  We hope to have the first episode out in the next two months.

Jim Curley:  Hi Niall, curious as to what you mean by "make their way". Do you help these movie get distribution in the States?

Niall McKay:  Jim, we screen their films, introduce them to distributors (if that's necessary). I organized screenings in San Francisco, LA too.  We also hold industry events, such as a party to celebrate the Irish Films at Tribeca.

The Wild Geese:  Niall, a bit about yourself and your own "Irish story." Where was home originally? Where did you grow up?

Niall McKay:  I grew up in Kilmacanogue, County Wicklow and went to Trinity College in Dublin.

The Wild Geese:  And when did you immigrate to the U.S.?

Niall McKay:  I was a journalist for many years, had a column in The Irish Times and wrote for Economist and Wired but I became a filmmaker in 2004.  San Francisco was my first stop. I was covering Science and Tech (i.e. Silicon Valley).

Jim Curley:  Is it possible to generalize on the quality of the films you are seeing coming out of Ireland today? Are there any film schools in Ireland (please excuse my ignorance on these matters)?

Niall McKay:  Hi Jim. I ran the San Francisco Film Festival since 2004 so all and all I've been doing this 10 years. I would say that the quality of the films is increasing every year.

Jerry Kelly:  I loved "The Guard". Are you finding it easier or harder to make films these days?  In terms of funding, I mean.

Niall McKay:  There's the filmmakers that you know like Jim Sheridan and many coming up who are brilliant. Such as Lenny Abrahamson.  I think funding is always a challenge in Ireland but In the US there's no government funding for film.
So the difficulty is relative.

Gerry Regan:  Niall, how would you distinguish the Irish voice in film from that of other filmmakers. Is there a distinctly Irish voice in filmmaking today, and in the past? It would seem so, based on the proliferation of Irish-centered festivals.

Niall McKay:  Gerry, great question.  Ken Wardrop made a film called "Undressing My Mother."   Its' a stunning short film. He is the guy who did "His and Hers." Ken is a unique talent and has a distinctive Irish voice.  Lenny's films, too, are wonderful.

Niall McKay:  I would say the "The Guard," falls in a genre of Irish films pioneered by Paddy Breathnach.  He mede a film called "I Went Down."

Gerry Regan:  I think of "The Field" and its lyrical voice, so different than any American film I can recall seeing.  NIall, I take it Ken Wardrop's work is included in the upcoming IFNY festival.

Niall McKay:  Unfortunately, not this year ... but soon.

The Wild Geese:  Niall, please tell us about the festival Irish Film New York is putting on next week.

Niall McKay:  This year we are honoring Jim Sheridan, as you know.  It's the 25th Anniversary of "My Left Foot," and the 10th anniversary of "In America."

Gerry Regan:  Hey Niall, what would you say a film-goer can expect from IFNY's films next month -- any highlights you want to predict?  Why should we here in NY plunk down their money? What's in store?

Niall McKay:  I think Jim's talk will be brilliant. He's going to talk about his new film and TV program.

Gerry Regan:  I will note that the festival seems likely to have a truly festive air, with a lot of Irish denizens of culture and politics stopping in. Likely to have the feel of a reunion, I'm thinking.

Gerry Regan:  What's the film you expect to surprise most people, with its color and impact? Any sleepers?

Niall McKay:  I love love them all. But I really love "Broken Song", a documentary by Claire Dix. It's just beautiful.  There's an unconfirmed rumor that a major star (I can't say who) might also be around.  :-)

Jim Curley:  "In America" was a wonderful movie of the Irish immigrant experience, circa 1980-1990. Granted the Irish aren't emigrating to the States today in the numbers they did then. But are today's filmmakers tackling that subject?

Niall McKay:  Well yes Jim is going to tackle it again in a HBO TV pilot called "In America."  But Jim will tell you more about that himself.

Gerry Regan:  On a more personal note, Niall, tell us about the film you yearn to make, and why? Presume money is no object. And who'd you like to cast? Or is it a documentary in your sights?

Niall McKay:  Gerry, actually I've made a film called "The Bass Player" about my father, Jim McKay, who is an Irish jazz bassist.  I am very proud of it. It got nominated for an IFTA in Ireland, played on TV at home and festivals here. We'll release online next year.

Brian Conaty:  Hi Niall, Why don't we see any big screen adaptions of Irish myth, like "The Tain" for example? There is certainly a wealth of material there.

Niall McKay:  That's a very good question.  I believe that Michael Fastbender is going an film on Brian Boru.  I think there's a larger question of how Irish culture is hidden in popular media.

Niall McKay:  "Epic" is really an Irish Story.  I'd say large parts of "Harry Potter" is borrowed from Ireland.

Jim Curley:  Niall, I see one of Sebastian Barry's novel was recently made into a movie. I'd love to see "A Long, Long Way" made into a movie, what with WW1's centenary. Any word on that making the rounds?

Jerry Kelly:  My guess why Irish myths aren't being made into film is that they would be very expensive to make. Which means you need a major U.S. studio, and they don't know Irish myth.

Jerry Kelly:  The budget on the Brian Boru project is rumored to be $100 million. Too big for an independent.

Niall McKay:  Michael is such a huge start that I am sure they'll find it.

Gerry Regan:  Niall, what is the biggest difference you are seeing in films stamped "Made in Ireland" over the past 10 years? Is there any discernible trend, toward or away from any stylistic or thematic approach?  I can't recall an Irish film using first-person narration, for example. Can you guys?

Niall McKay:  I think we'll see more genre films made.  "In the Name of the Father" is kind of a first person narrative.

Gerry Regan:  Niall, will you be moderating the conversation with Jim and his family?

Brian Conaty:  It does seem more Irish directors are finding ways to bring the culture on-screen these days, such as "In Bruges" or "Calvary". It's so great to see the old Irish stereotypes fall by the wayside.

The Wild Geese:  Okay, Wild Geese ... we're going to put a wrap on the "official" chat for this evening.

The Wild Gese:  Thanks so much, Niall, for joining us this evening, and thanks to everyone who stopped in for either the entire chat or just part of it.

Niall McKay:  Thank you. Such a high level of questions. I had to really work to keep up.  Please come and say hello in-person at our upcoming film festival!

The Wild Geese:  Thanks again for your time and efforts here, Niall. 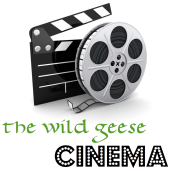