Jimmy Gralton returned to Leitrim from New York in June 1921, just as the Anglo-Irish war was coming to a close. That conflict between the Irish independence movement and the British state had largely sidelined unresolved issues of land ownership, workers’ rights and class power in general within Irish society. These now briefly emerged more clearly. Gralton’s radical class politics, particularly the challenge to local landowners posed by the land courts based in his Pearse-Connolly Hall, made him powerful enemies. As civil war loomed over the terms of the Anglo-Irish Treaty in the early summer of 1922, he was driven out by the pro-Treaty Free Staters, who would soon take power in a partitioned Ireland.

While Gralton enjoyed the relative political freedom and socio-cultural vibrancy of New York in the ‘roaring twenties’, the Free State government of Cumann na nGaedheal, in alliance with the Catholic Church, ruled over an economically stagnant Irish Free State that was socially restrictive and culturally repressive. Inequality worsened, policies favoured bankers, business owners and cattle-exporting big farmers, and the urban working class and rural poor fared badly. The Labour Party was a weak and ineffectual opposition. In 1926 anti-Treaty republican leader Eamon de Valera and his followers split from Sinn Féin, who refused to sit in the Free State parliament, and formed the Fianna Fáil party, which entered parliament in 1927. It took advantage of the weakness of the Labour Party and the left to win the support of workers and small farmers in the depression after 1929. At the same time, it reassured elites, including the bishops, of its adherence to Catholic and capitalist principles. Fianna Fáil’s promise to release political prisoners, undo the Treaty and actively seek an end to partition ensured the initial support of the IRA and, despite red-scare mongering, it won power in 1932.

The victory of Fianna Fáil coincided with Gralton’s return to Ireland to help his elderly parents run the farm following the death of his brother. This was a honeymoon period for progressives in Ireland following a decade of repression and conservatism. The socialist republican and novelist Peadar O’Donnell summarised it thus: ‘the bright world of 1932, when Cosgrave’s Government was smashed, and bitter years of defeat and defamation were avenged… “executions” and “excommunications” denounced and disowned.’ These were ‘days of brave music’, wrote O’Donnell, when Fianna Fáil’s victory promised ‘Land, Work, Wages, the Republic.’ Gralton threw himself back into agitation – aimed mainly at maintaining pressure on Fianna Fáil to deliver on its progressive promises, such as land for the landless. He rebuilt the hall, bringing music and dance to the youth and hope to the struggling poor 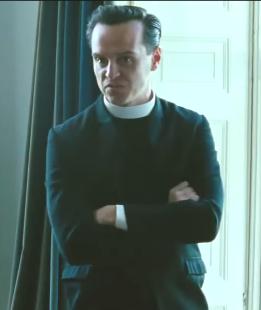 But dark clouds hovered above this new political landscape. The Catholicisation of the state was crowned in June 1932 when over a million Catholics attended the Eucharistic Congress. Censorship and ecclesiastical condemnation of ‘evils’ such as dancing, jazz and ‘immodest fashions in female dress’ intensified, and new laws would soon restrict social freedom even further, especially for women. The tariff war with Britain initiated by de Valera hit the pockets of large farmers hardest, which helped to radicalise the prosperous pro-Treaty constituency in a fascist direction, symbolised by the adoption of the ‘blue shirt’ uniform by the Army Comrades Association (ACA) in 1933. Anticommunism became violent, with attacks on socialist meetings and buildings and the silencing of the left within the IRA. Gralton’s socialism, combined with the challenge his hall presented to Church control, made him a prime target for a coalition of enemies: the Church, local big farmers and businessmen (organised in Catholic societies such as the Knights of St Columbanus, as well as in the fascistic ACA), the police Special Branch and conservative elements of the local IRA.

In December 1932 the rebuilt Pearse-Connolly Hall was burnt to the ground by rightwing IRA men and in February 1933 (following the example set by the Northern Irish government in deporting British communist Thomas Mann in October 1932) Gralton was served with a deportation order, based on his naturalised US citizenship. It was signed by de Valera’s first minister for justice, James Geoghegan, a right-wing Catholic with strong connections to the reactionary power nexus in Gralton’s area. Jimmy went on the run but, despite local support and a national ‘Gralton Defence’ campaign, he was eventually tracked down and deported to the USA in August 1933, never to return. The ‘brave music’ faded, along with the glowing embers in the ashes of Jimmy Gralton’s hall. 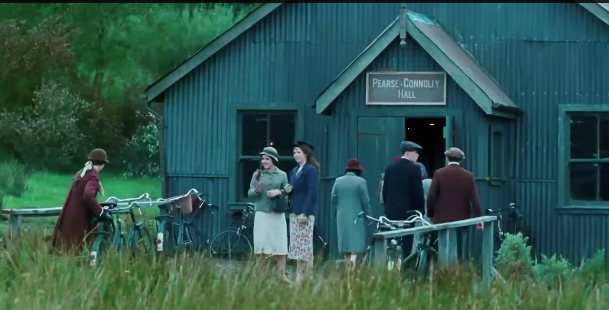 Dr. Donal Ó Drisceoil (pictured) was historical advisor on "Jimmy’s Hall." He is a Senior Lecturer in History at University College Cork and has published widely on Irish political, labour and radical history. This article is reproduced with permission of Sixteen Films, where is was first published in the production notes for "Jimmy's Hall," the studio's latest film.

Comment by frank mcloughlin on July 19, 2015 at 12:01pm
Can driscoll or someone recommend some books about post civil war ireland.

I grew up in an Irish household in Pittsburgh, so I had a decent (but by no means perfect) understanding of Ireland in the 1920 s and 30s.  But I'm afraid that many viewers, not having my background, could be confused.  (Communists and Socialists in Holy Ireland1  Unthinkable.

This article is great background material.

Re : reference to deporting British communist 'Thomas Mann' in October 1932.This avid trade unionist is generally referred to as Tom Mann to distinguish him from the Nobel prize winning German novelist Thomas Mann.This is a movie that Illuminates a previously dark period in Irish history and is one that  I plan to see..

Jim, "Jimmy's Hall" is screening in Malverne, just down the road from you! Hope you go, and bring a pal! Send us your ticket and you may win a "Jimmy's Hall" poster.

Good article, nice background. My father was in Sinn Fein in Derry area, Bellaghy. He was forced to leave for America by his father. The violence was horrific 1920-23. Saw "Wind that Shakes the Barley," great movie, very violent however. I look forward to seeing  "Jimmy's Hall" in August, in Cincinnati!

John, please bring family, friends and colleagues with you, as many as you can. It's worth it. And don't forget to send in your used ticket (or a picture of it) to enter our poster contest. Have you made it back to Bellaghy?

I am happy to see so much in print on Irish history as all the fighting has taken the history out of people's mind' .At last every thing seems to be where we can discuss the future which will help the future in peace.