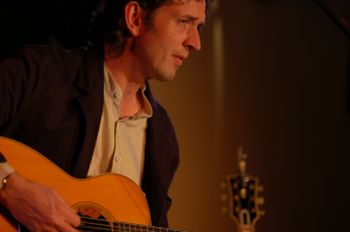 'The atmosphere was tense Maggie gave the order to row,
They watched the last flares in the night sky glow,
Above the stricken liner on the journey to its grave,
Maggie shouted we must go back there are many more to save' – From Padraig Lalor’s song “Molly Brown”

Singer and songwriter Padraig Lalor, 50, grew up in the Falls Road neighborhood of West Belfast, part of a large Catholic family whose roots lay in Dublin. He studied for a time at Ruskin College at Oxford University and pursued journalism, but says he found his true calling singing and writing music. He accounts among his inspirations Derry-born Irish tenor Josef Locke and Belfast balladeer Kathleen Largey.

Lalor draws greatly from his life experience, knowledge of history, and local and family lore to write his songs. As with the verse above, taken from his first solo album, “Ismay’s Dream,” Padraig seems to have a facility to draw listeners into the drama of the past and bring characters to life. The Wild Geese’s Belinda Evangelista Skyped him a few questions about his muse.

The Wild Geese: Tell me about your fascinating great-grandfather 'Dublin Geordie,' who, like Molly Malone (below: Her statue in Dublin, Wikipedia Commons), was a street trader selling fruit and vegetables from his horse and cart on the streets of Dublin and on the Belfast docks at the time of Titanic’s construction there. Padraig Lalor: I only found out about ‘Dublin Geordie’ at my mother’s recent wake. She passed away on March 11. Belfast is full of characters, and my family is no exception. Like many Catholics, Geordie was drawn to Belfast by the opportunities for work both at the shipyards and, of course, serving the needs of the tens of thousands who worked there and their families.

The Wild Geese: I love Dublin Georgie’s character -- is “Ismay’s Dream” in some way dedicated to him?

Padraig Lalor: Interestingly, I have come to know Bruce Ismay through my conversations with (Ismay's) relative Clifford (Ismay), who I often speak with. ‘Dublin Geordie’ and Ismay would have moved in different circles, but like many were brought together by Titanic and the Belfast docks ... just like Clifford and I 100 years on.

The Wild Geese: How did your grandfather Patrick's background -- a Catholic who joined the Royal Artillery and was a decorated veteran of the Second World War -- shape your opinions over the years?

Padraig Lalor: During World War II, conscription did not apply in Ireland. My grandfather Patrick opted to take up arms to fight for freedom. That is a principle that remains very dear to me.

The Wild Geese: I can see why you are known as “Seanachi.” What is you favorite story to tell with your music about the Titanic?

Padraig Lalor: The song “Latitude 51” (the coordinates for Cork) tells the story of a young couple [who took passage on the Titanic] forced to flee the country they love because of prejudice. Ireland is not just a map reference, it’s a spiritual home. The loss of its youth was a tragedy for the country, too. I was inspired by a beautiful Thomas Moore poem: 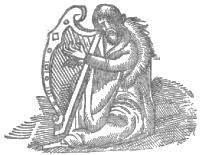 The harp that once through Tara's halls
The soul of music shed,
Now hangs as mute on Tara's walls
As if that soul were fled.
So sleeps the pride of former days,
So glory's thrill is o'er
And hearts that once beat high for praise
Now feel that pulse no more!

No more to chiefs and ladies bright
The harp of Tara swells;
The chord alone that breaks at night
Its tale of ruin tells.
Thus Freedom now so seldom wakes,
The only throb she gives
Is when some heart indignant breaks,
To show that still she lives.

I can almost picture the harp of Tara’s Halls mute, hanging in the silent majesty of Titanic as she rests.

The Wild Geese: What Titanic events are you involved with? Will any of them be outside of Ireland?

Padraig Lalor: We’ll be touring the UK, Ireland and the Channel Islands doing theatres and festivals. I will also be doing storytelling in music and songs.

The Wild Geese: This is an exciting time for Belfast -- are you proud to be part of this great celebration?

Padraig Lalor: Yes, I think it is important for Belfast to remember and mark this event. It’s a very different story from what has been coming out of the city over the past 40 years.

The Wild Geese: What are your plans for coming to America?

Padraig Lalor: I would love to take my storytelling to American audiences. I can work as a solo artist, telling stories through great songs.

The Wild Geese: As a native, where do you recommend Titanic tourists go in Belfast to feel the heartbeat of the city’s music scene?

Padraig Lalor: The Rotterdam Bar in Belfast docks and Kelly Cellars pub, the place where Henry Joy McCracken launched [plans for Antrim’s part in the] 1798 rebellion.

The Wild Geese: Is there anything you would like to add?

Padraig Lalor: All great stories have complex characters, plots and subplots, romance and tragedy. … My Titanic-themed album is more James Joyce than James Cameron and puts the Irish dimension back into the story.

Lalor resides in Swansea, Wales, with his wife and two sons. To find out more, visit http://www.padraiglalor.com/ or http://www.traditionalirishband.com/. WG