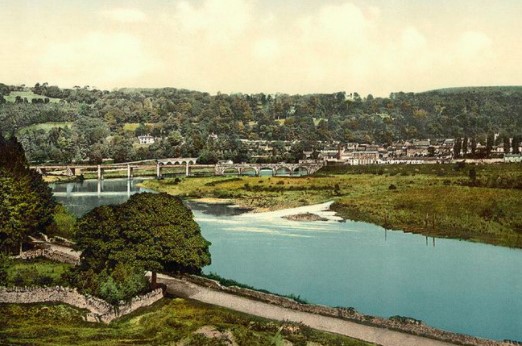 Apparently, a Black and Tan member of the Royal Irish Constabulary in Cappoquin (left) had been in the sights of the I.R.A. for “ill-treating Sinn Fein supporters.” Reportedly, members of the Volunteers (Oglaigh na hEireann) in Cappoquin  were  “reluctant to kill him.”  Accordingly, three, Dungarvan men – Sean Riordan, Ned Kirby, and Mick Mansfield, driven by “Nipper” McCarthy,  were despatched on 21 November  1920  to Cappoquin. Riordan noted: while  “driving slowly through it . . . spotted two R.I.C. men in the street. It was most likely they spotted us too and knew we were strangers and up to something. We opened fire on them with revolvers and they replied also with revolvers. One of the R.I.C. men dropped… in the exchange…. Nipper then put on speed and drove us quickly out of town . . . towards Dungarvan where we left the car” ( John Riordan, Bureau of Military History witness statement #1355).

Constable Rea was mortally wounded and subsequently died on 28 December in Cork Military Hospital. The former farmer had some “ten months prior police service” which would have placed him in the R.I.C. prior to the arrival of the Tans in March of 1920 and, hence, not the intended target. The following week on 27 November the Column O/C George Lennon, Pat Keating, and Mick Mansfield  returned, in Mick’s words (BMH ws #1188)  “to shoot an obnoxious Black and Tan.” This time, however, the car, driven again by the “Nipper,”  was left outside the town and the men came in by foot. Passing a group  of Tans, the men saw “that the Tan we wanted was not among the group.” Being strangers in the area, it was decided to wait a while so the men “went into Walsh’s Hotel for tea.

After tea we rose to leave the hotel and, in the doorway, blocking our entry to the street was a uniformed R.I.C. man.” Realizing they were “trapped” the men drew their revolvers shooting the R.I.C. constable.

Mick continued: “Running out on to the roadway, we ran into a party of Tans on whom we opened fire. They replied with revolvers and grenades. We made with all haste to where our car was located and with good luck managed to evade our pursuers and get back to Comeragh and safety.”

The death certificate for R.I.C. Constable Quirk, age 33,  noted the “certified cause of death” as “shock due to gunshot wound in the abdomen and penetrating small intestine. Duration of illness forty-five hours and that the shot which caused such wound was caused by some person or persons being guilty of wilful (sic) murder.” Widowed Hannah  Quirk was left with a four-year-old and two infants. An annual pension of 39 pounds was granted plus  2 pounds/ ten shillings for each child.

Another  R.I.C. death,  involving a Black and Tan from Armagh stationed at Cappoquin,  occurred on  3 March 1921 when Joseph Duddy was killed in Scartacrook.

In that the specific “obnoxious Black and Tan” remained to be dealt with,  a further attempt was made at the time the two Waterford Brigades had been amalgamated prior to the 11 July 1921 Truce.  Former East Waterford O/C Paddy Paul had been assigned to Lennon’s flying column as a “training officer” when he was informed of “a particularly offensive character …very active in spying on …Volunteer activities”  in Cappoquin. Plans were made for his  shooting with the body  to be removed to “a selected  ambush position where it would  be laid on the road  as a sort of bait to draw British forces into the ambush position.” This, Paul noted,  “proved abortive”  as the Sergeant “did not make an appearance out of the barracks and so the whole operation had to be abandoned”(Paddy Paul BMH ws #877). During the Truce period, prior to the outbreak of civil war in late June 1922, R.I.C and British military installations throughout the country were being taken over by both the Free State Government and the Republican I.R.A. In County Waterford responsibility fell to anti-Treaty Republican George Lennon in his further role as County Waterford  I.R.A. Liaison Officer billeted at Dungarvan’s Devonshire Arms Hotel.

It was the  job  of his assistant Paddy Paul to train “maintenance parties to be…capable of taking over the various installations….”  In  January 1922 the first Waterford barracks was taken over in Portlaw under Moses Roche. Jim Prendergast led a contingent taking over the   Ballinacourty Coast Guard Station. In March Mick Mansfield led a group assuming control of the Dungarvan Barracks as did Lennon, under the overall command of Brigade O/C Pax Whelan,  at the Infantry and  Artillery Barracks in Waterford City.

It was understandably feared that the barracks in Cappoquin might be booby-trapped in reprisal for the three fatal shootings of Cappoquin R.I.C. It was therefore with a great deal of trepidation that James Power of Killossera, Paddy Lynch, Lennon, and others approached the 10 February 1922 Republican takeover of the Cappoquin facility. Fortunately, their fears proved groundless. 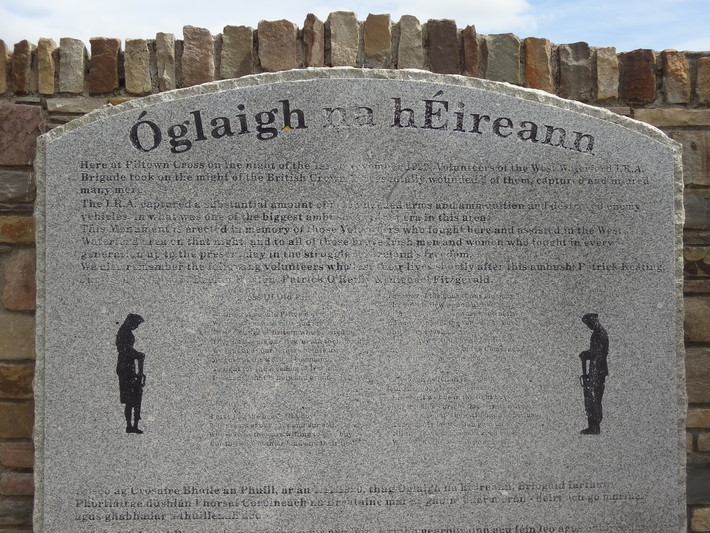