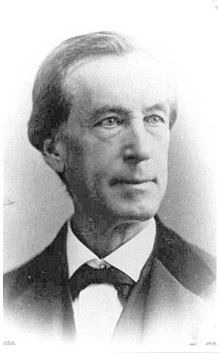 Emigrated from Ireland to the United States, on a date unknown, and settled in Cincinnati, Ohio. Served in the United States Army during the Mexican-American War. Following the outbreak of the War Between The States, he was commissioned as a colonel to organize and command the 48th Ohio Volunteer Infantry, but doubts were cast upon his sympathies due to his connections to the Democratic Party. Despite these, Colonel Sullivan provided many needs of his regiment with his wealth and steadfastly drilled them for combat. The regiment was formed at Camp Dennison, Ohio, and sent to the Western theatre where it participated in the Battle of Shiloh, and various engagements during the Vicksburg campaign. He was wounded three times and had his horse shot out from under him on four different occasions. Suffering from a serious gunshot wound to his right arm, he resigned August 7, 1863. He received a promotion to Brevet Brigadier General of U. S. Volunteers on March 13, 1865. After the war, he was appointed as the United States minister to Colombia from 1867 to 1869.