91 Years and Counting: Connemara and its Pony

Many people consider the Connemara Pony to be the most versatile of all pony / horse breeds in the world.  They are perfectly suited for the oftentimes harsh, extreme weather conditions of Connemara.  They are noted for their sure-footedness -- again showing their perfect suitability for the terrain of Connemara.  They are highly sought after for their jumping ability, and they are as strong pound-for-pound as virtually any equine breed.  Add to that a typically lovely temperament, and it is easy to see why this breed -- Ireland's only native pony breed -- has won the hearts of so many not only in its native Ireland, but also around the world. 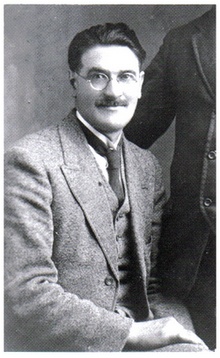 The story of the pony begins in the heart of Connemara. Michael J. O’Malley (right) was born in Rosmuc, Connemara, County Galway in 1884. He took great pride in his native Connemara Pony and was among those present at a meeting of the Connemara Pony committee, held in Clifden on 15th November 1911, when a description and definition of the Connemara Pony was drawn up. An attempt to form a Society failed, but Michael O’Malley was passionately determined to promote his beloved Connemara Pony.

Some believe that the Connemara developed from Scandinavian ponies that the Vikings first brought to Ireland. Another source was likely the Irish Hobby, a now-extinct breed established prior to the 13th century. Legend, however, says that galleons from the Spanish Armada ran aground in 1588, and the Andalusians on board were set loose. The Spanish horses, as the legend has it, bred with the native stock, refining the local ponies.  I don't know how likely any of this is; but regardless of which breeds contributed to the makeup of today's Connemara Pony, they made for quite a fantastic combination.

In June 1912, Michael O’Malley, Joe Welsh and two Connemara Ponies (the stallion, Irish Dragoon, and mare, Eileen Alanna) travelled the long journey from Rosmuc, the heart of Connemara, to the National Agricultural Hall (now called Olympia) in Kensington, London to take part in the 1912 World Exhibition of Breeds. His untiring efforts to raise awareness of the breed were well rewarded as his ponies were much admired. The hardships of the long journey had been worthwhile. The Connemara Pony Breeders' Society was originally established in 1923 for the purpose of taking steps that would lead to the preservation and improvement of the Connemara Pony. Prior to this the work was undertaken by the Congested Districts Board, which was established in 1891. The Board's objectives were to try to encourage the people living in the over populated areas of the western seaboard to improve their way of life. As one of these measures the board had introduced a variety of different stallions into Connemara to improve the breed. Many of the stallions introduced by the Board were considered to be very unsuitable for crossing with the Connemara pony and the results from crossing with the native mares were very unsatisfactory.

In his study of 1901 Professor Ewart, M.D.F.R.S. of Edinburgh University who was commissioned to survey the West of Ireland in consultation with local experts to study the actual conditions and possibilities of developing the Connemara Pony suggested that a more developed breeding plan was needed than sending in high-class sires to the area. There was recognition of the need to have quality brood mares as well as quality sires, located at indigenous stud farms to perpetuate the best characteristics of the Connemara Pony. The primary objectives of these farms was to increase the bone and improve the makeup of the Connemara Pony without destroying the hardiness, vigour, stamina and temperament of the breed.

The report lay unheeded for many years until the Connemara Pony Breeders Society was formed in 1923 and one of Ewart’s suggestions for the improvement of the breed was acted upon when the Society decided to select the best mares and stallions from within the breed to form the foundation stock for the Stud Book.

It was felt that there was plenty of “old breed” to be found in the heart of the pony districts of Connemara , and it was the opinion of the Society that the best results were likely to be obtained by breeding only from carefully selected native stock. The scheme, which was approved and adopted by the Society, was: The objectives of the Connemara Pony Breeders Society were:

The other stallions approved for the 1924 season were:

An inspection programme got underway in April 1924 offering 125 free nominations of £1 to brood mares of suitable types selected at centres throughout Galway . These inspections were central to the foundation of the Stud Book and have continued to be an integral part of the monitoring and safe-guarding of the breed up to the present day. 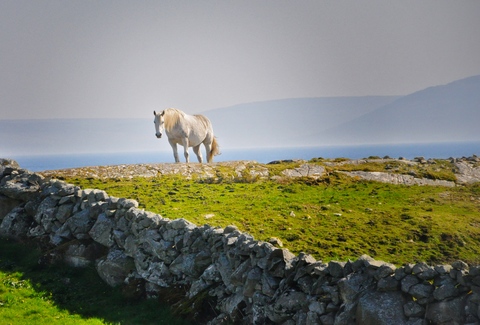 The first Connemara Pony Show was held at Roundstone on 15th August 1924 and there were 500 entries overall, 150 entries in the Connemara Pony Section. The opening ceremony was performed by Prince Ranjitsinhhi, renowned cricket player, who had recently come to live at Ballynahinch Castle . The Connemara Pony Stallion Class and RDS Silver Medal was won the Society’s own stallion, Gold Digger (5), with Cannon Ball (1) aged 20 taking 2nd place. The second annual show was held at Recess, with the 3rd to 23rd Shows being held in Carna.

In 1947 the 24th annual pony show was held in Clifden and from that year onwards the Annual Show has always been held at Clifden. In 1951 the Royal Dublin Society arranged for classes for Connemara Ponies to be included in their Spring Show for the first time and every year since with increased classes and number of ponies taking part.

Volume 1 of the Stud Book was published at a cost of £45 and priced at 1/-. in 1926. It contained details of nine stallions and ninety three mares. The latest published volume of the Connemara Pony Breeders Society Stud Book; Volume 21 dates from 1999 with the breeding stallion number standing at 1,043 and the breeding mare numbers at 11,621.

The Connemara Pony has been exported worldwide and has been promoted by the Irish Diaspora as a tangible link to Ireland and in particular Connemara . A list of these Societies is as follows. A major aim and objective of the Connemara Pony Society is to raise awareness and appreciation of the Connemara Pony, which the Society feels, is an integral part, not only of the heritage of Connemara , but indeed Irish heritage. Over the years the Connemara Pony Breeders Society have undertaken a number of initiatives to raise this awareness and appreciation. The Society has been running an annual pony show since its foundation in 1923. The annual show brings together the largest collection of Connemara ponies seen anywhere in the world and is used as market window for breeders from both Ireland and overseas.

Head well-set onto neck. Crest should not be over developed. Neck not set too low. Good length of rein. Well-defined withers, good sloping shoulders.

I'll be attending the show on Friday, and I'll update this page with photos from the event.  Have you ever seen a Connemara Pony in-person?  Ever ridden one?  Perhaps owned one?  I'm an avid "Connie" lover and owner myself, and I'd love to discuss the virtues of these wonderful creatures in the comments section below!

I've never seen, ridden or owned such a pony .... but based on your article I'd sure like to see one!   Are the photographs in the article of your own ponies?

The middle three photos in the article are ponies bred & owned by my friends who live nearby, Tom.  Here's a photo of one of ours.  Her name is Bród na Bréifne, and she's a two-year-old filly at the moment. She's gorgeous! We have lots of happy Connemara-Thoroughbred-cross owners here in Kentucky. They do very well in eventing and combined training, as well as driving.

P.S. That dun-colored pony in the article photo is amazing. I've never seen that color combination! Will he/she "roan" with age?

Indeed, C ... the Connemara-X-Thoroughbred is a popular combination.  The Irish national equestrian team uses many of these for their events, and with good success.

The dun-coloured stallion above was bred & owned by a friend of mine.  He is a stunning pony.  I snapped that photo at the 2012 Clifden Show.  My friend sold him to some folks in Northern Ireland who had him gelded (a mistake, in my opinion).  He's now jumping in events throughout Europe and winning some major competitions, though.  Dun-coloured Connemaras will stay the same colour throughout their lives.  It's a much-sought-after colour.

Love the Connemara Ponies... no matter how they came to be they are a national treasure... I've had the pleasure of riding a few... I appreciate their surefootedness and their willingness ... they have a surprisingly long stride for one of such short leg...

I agree, the Dun is stunning...

You're amazingly lucky Ryan to have such Irish culture all around you.. living in fabulous Connemara, with Connemara ponies and Irish wolfhounds and a hobby of photography in one of the most beautiful places God ever created... living the dream. My dream anyway! ; ) Bet you appreciate what you have!

Then that is Teach Mór King ? I saw him in person, and with the stamp of a pony he is, it was a crime to geld him !!!!!  Most of the population ( over 70%, at last survey ) is grey, as the grey gene is dominant overvall other colour genes, so sorry to contradict you Ryan, but no matter what colour the coat is, it can be lost to grey if the gene is there ! 'King' is probably safe enough though, as most who are going to grey will show signs of it in the coat in the first year or two. My first stallion though, was 5 when he began to change from buckskin ( there is no 'true dun' in the Connemara - the golden colour is a combination of a black base coat with an agouti gene and a cream gene ). btw, the Kerry Bog Pony people would dispute the claim of the Connemara Society that theirs is the only native Irish pony breed...a big subject, as you have already discovered !

I had forgotten about the Bog ponies! Aren't they also called Heritage ponies? They're shorter in stature than the Connemaras... if memory serves...

They've a herd at the Kerry Bog Village

Finola ... the dun (or buckskin) pony in the photo above in Teach Mór Knight.  He is indeed the one who was sold to jump and thereafter gelded.  Teach Mór King is still close by and still very much a stallion.  He's a lovely dappled grey fellow.  Both of these guys are on the smaller side, but have great jumping genes.

Thanks for the info, Ryan. May see you this week, in An Clochan.