The Aran sweater is Ireland's major contribution to international style. A national icon, the sweater is still worn  and loved, connecting people with Ireland, all over the world. Cozy, cool, and knitted with the best quality wool, the Aran sweater has been a fashion staple for decades. But little did we know, there are many surprising facts about the Aran sweater. Those traditional patterns you know so well are more than just pretty stitching. Each Aran pattern has its own hidden meaning! Read on and learn everything you didn't know about the much-loved Aran sweater.

1. Read the Aran pattern and learn where it's from.

The Aran sweater has become far more famous than the group of islands it originated on. Located off the western coast of Ireland, close to counties Clare and Galway, it was from here that the sweater crossed over to the mainland, going on to conquer the world. A more surprising fact: each pattern can be traced to the region it was crafted in. The fishermen of Aran revealed their home county, village or parish in the pattern of the sweater they wore. First knit by the women of the islands for their families, the sweater's explosion in popularity during the 1950s and 1960s spawned an important new Irish industry. Recognizing the value of the sweater to the local economy, the Irish government sent clothes manufacturers to the islands to teach the knitters how to craft sweaters that fit international sizing standards.

3. There's an Aran sweater in the Book of Kells.

The patterns on your Aran sweater are older than you ever imagined, stretching all the way back to Celtic Ireland. A figure sporting an Aran sweater has even been spotted in the Book of Kells, now located in Trinity College Dublin!

Experts disagree about whether the Book of Kells sweater is real "Aran". But there is no doubt that the same patterns we see in the Aran today are also carved into the megaliths dotted around Europe. Living in the midst of this ancient past, it's likely that the Aran knitters were inspired by the beautiful patterns on the monuments around them.

4. Why the Aran sweater is very special:

Another important reason for the huge popularity of the Aran sweater is the quality of its stitching and design. These island women had skills! The mastery of stitching in each authentic Aran sweater sold by TheIrishStore today still amazes experts. Look closely to admire the mastery of the many intricate and interwoven textured stitch patterns.

5. Decode the hidden meaning of your Aran Sweater:

There is more meaning hidden in the Aran sweater than you might think! Each stitch pattern is a traditional symbol. Many are of Catholic and Christian significance, reflecting the spirituality of the islanders who crafted them:

Honeycomb: the symbol of the hard-working bee. Industry and efficiency were important values for the islanders.

Cable: a tribute to the fisherman's daily life. A prayer for safety and good luck while fishing.

Diamond: a blessing for success and wealth.

Basket: a symbol of the fisherman's basket representing hope of a plentiful catch. 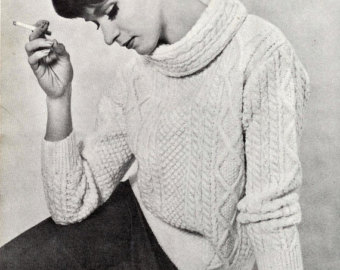 The Aran sweater became a true icon of cool when it was featured in fashion spreads in the US edition of Vogue during the 1950s. The publicity generated created a demand that led to the sweater being exported from the west of Ireland to the United States for the first time. This connection with the USA made the crafting of Aran sweaters an important Irish industry ever since.

The fame of the Aran sweater spread further with New York Village's  folk scene during  the 1950s and 1960s. The Irish folk music group The Clancy Brothers, friends of Bob Dylan, wore their  traditional Aran sweaters for their appearance on the Ed Sullivan Show in the early 1960s, introducing it to millions of American homes. This sudden fame drove  an increase in demand for Aran sweaters around the world that continues today.

Famous Fans of the Aran Sweater: 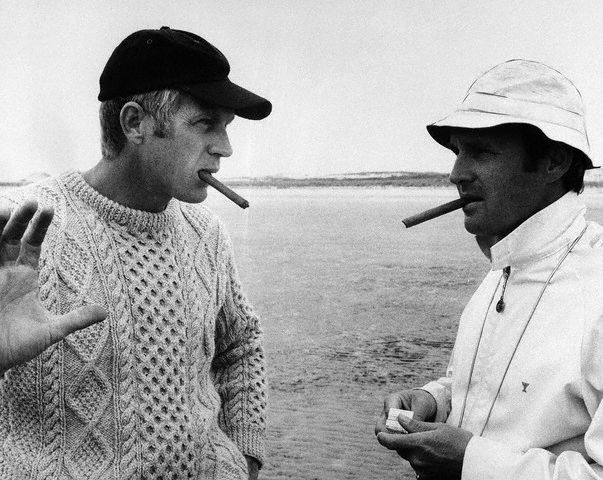 From models on the cover of magazines to fashionistas like Alexa Chung, the  traditional Aran sweater is still coveted by the world's most stylish today. 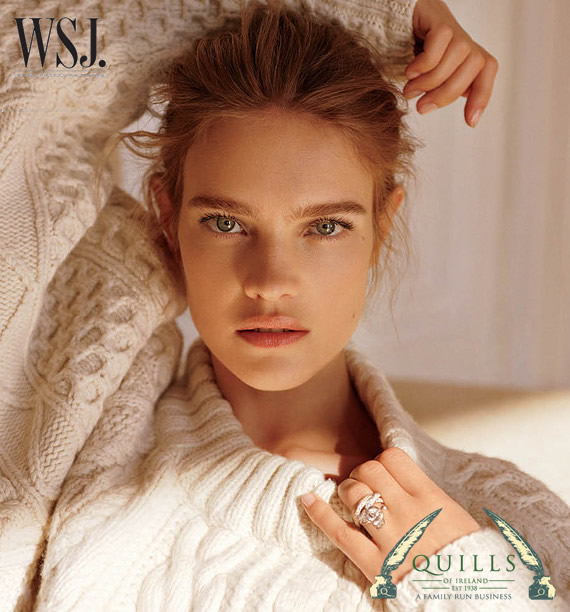 9. Own an Aran sweater of your own

TheIrishStore has the best collection of high quality Aran sweaters crafted in Ireland today. Using traditional designs based on the same intricate patterns, our Aran sweaters are knitted from the softest Irish Merino wool. It's no surprise that the Aran sweater is one of the most popular items we ship to fans of classic Irish design around the world!

This article was originally posted on TheIrishStore.com.

I've always purchased from the knitters themselves on Inis Mor or Inis Meáin... the best part of that is the tea and chat... nothing transports me back to my grandmother's knee than to listen to the soft click of the needles, clinking cups and chatter...

Thanks for the wonderful article. I bought an Aran sweater on my first trip to Ireland in 1975. I think it's long past time that I buy another!

I love my Aran sweater.  Thinking of buying another.

Comment by Lisa Shea Megna on October 1, 2014 at 1:44pm
I have a couple myself. Purchased a few years back on Inis Mor. Love them!

The guys in the picture at Item 2 don't look like Aran Islanders ? ? ? ?   Still a great picture of fishermens knitwear.

Comment by Geraldine Callaghan on October 1, 2014 at 10:45pm
I knit my own Aran sweaters, have done since I was in school. I have made them for my children and grandchildren. I have a book with the explaintion of each pattern stitch. I had heard that some families had their own identifying pattern and if there was a drowning he could be identified by the pattern. Can't vouch for that one. Good story thanks for sharing.

I heard that too, Geraldine, so I'm guessing it's true. Similarly, the reason why, traditionally, seamen, sailors and fishermen wore a single gold earring was in case they drowned and washed up on a foreign shore. They hoped someone would use the earring to fund a Christian burial for them.

I have heard that the art of knitting Aran sweaters had disappeared from the Aran Islands but was continued by immigrants from Aran in Springfield. Massachusetts.    The patterns were brought back to  Aran by an emigrant who returned to Aran from Springfield.   She and another woman brought back the patterns and started a cottage-based industry on the island giving an income to island women.  (I heard this story from the grandson of Margaret Dirrane, one of the women).    This link seems to suggest the same