Ryan, my ancestry/genealogy has been verified to the mid 1600's. I believe it was back to my eighth Great Grandfather. Luckly most of my research was accomplished by another and havs been verified back to the 1600's. I had to actually go only from my GrandFather to my children to complete the group. I was extremely fortunate in that respect. BTW, thank you for starting this Blog!

hello my brickwalls are my 3rd Great Grandparents Dominick Burke and John Bagley ( Begley ) from  childrens marriage both listed as labourers. I do not have wives or anything else about them. Peter Burke and Bridget Bagley married on the 10th Oct 1838 in the Roman Catholic Chapel at Coventry. Peter and Bridget were both born in County Mayo and lived most of their lives at 66 Grey Friars Lane Coventry. They had 7 children all born in Coventry except for the second son Dominick who was born in County Mayo in 1844. I am thinking they may have gone back to County Mayo for a death. Take Care Lynette

I live in Coventry, and could do some digging around for some information about your ancestors, if you like? Have you ever been to Coventry yourself, or checked any of the local records?
There is very little left of the original Greyfriars Lane as most of it was flattened during the blitz in 1940 and 1941. All that remains of the original buildings is the beautiful Ford's Hospital that you can see on this site:
http://www.historiccoventry.co.uk/nowandthen/greyfr-la.php

http://www.historiccoventry.co.uk/nowandthen/fords-hosp.php
The Roman Catholic Chapel where your ancestors were married would have been on Hill Street. At the time they were married, in 1838, there were very few Catholics in Coventry, and there was considerable anti-Catholic/anti-Irish prejudice - Coventry had a strong tradition of non-conformist Protestantism dating back to the Civil War of the 1640s, during which Royalist prisoners were "Sent to Coventry" and imprisoned within St. John the Baptist Church where they were shunned by the local population. During the 1840s the Catholic population in Coventry began to grow, slowly, due to the arrival of Irish famine emigrants, and so Bishop Ullathorne rebuilt the old chapel and on its site constructed St. Osburg's Church, which is still considered to be the Mother Church of Coventry's Catholic community. The church (site of the original chapel) can be seen in the following photos. 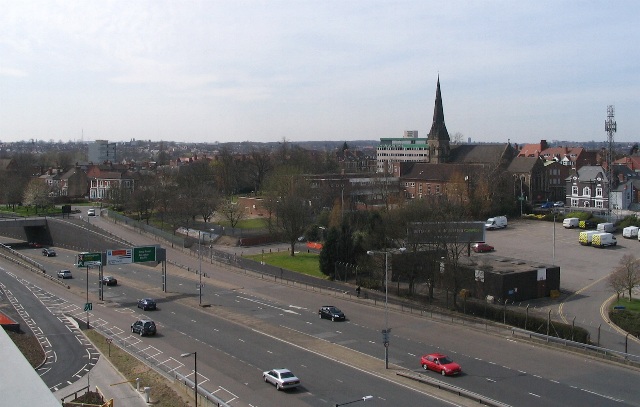 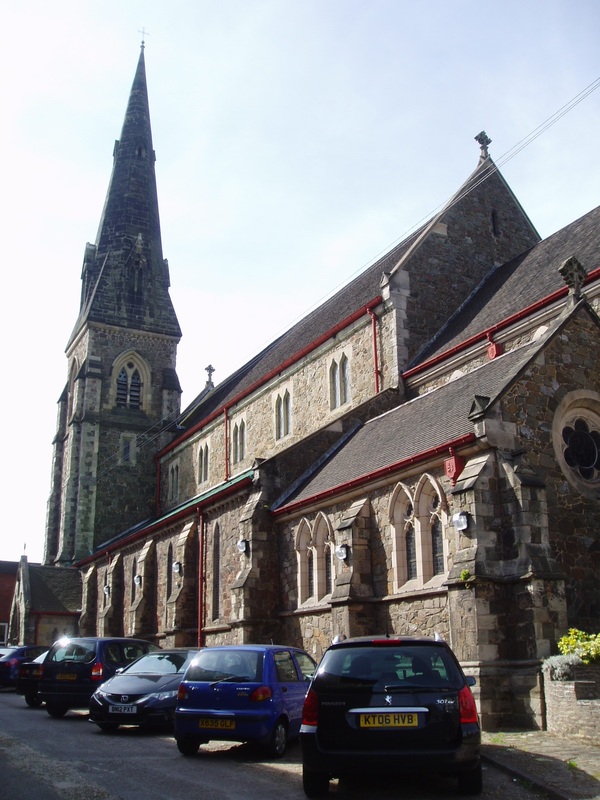 Hello Kieron thank you for the photos and information. I live in Australia and have not been to Coventry. Bridget and Peters's son my G Grandfather James was in the Navy I have his service record 37328A he joined when he was 15 in 1866 at HMS Donegal and finished his service in 1873 on HMS Rosario. Sometime between 1873 and 1877 when his son was born in Australia James and his wife Lucy nee Dyke immigrated to Australia. I still do not know how they got to Australia.Both James and Lucy were baptised at The Most Holy Sacrament and St Osburg Coventry.I have just had a major breakthrough with Bridget ( Caulfield ) died 1887 she is buried at London Rd Cemetery Square 83 Grave 162 with some of her Burke Grandchildren. She appears to have remarried Patrick Caulfield.who is on the 1871 Census with her at Grey Friars. Fords hospital is a lovely looking building. Take Care Lynette

Permalink Reply by William Derivan, PsyD on March 1, 2014 at 6:20pm
How did the DNA study help with this problem? How did it differentiate between Kentucky or Virginia?

William ... the DNA testing was a two-fold success:

Permalink Reply by William Derivan, PsyD on March 2, 2014 at 10:30pm
Thanks, that helps. It gives me a good option for my Derivan & Moran ancestors fron Co. Offaley. Thanks again

Man, am I stuck. My great grandfather was Michael Walsh and he founded our family here in Newfoundland. He was born in 1838-1839 and emigrated to Newfoundland from Ireland. My Dad told us Michael was from "Waterford". Michael was a sailor and I know a lot about him here in Newfoundland, his wife and family, his voyages and where he lived and died (drowned). But I cannot find his birth place in Ireland (County Kilkenny or County Waterford). I thought I had him located being born in 1838 in An Rinn (Ring) parish (Upper Helvick) the Father Patrick Walsh and his mother Mary Pole. But a person from that area told me that the name "Pole" was really Paul (I guess Pole, or Pol, was the Gaelic for Paul) and that all that family was still living in Helvick. I don't know how much credence I can give to this and now I am well and truly stuck.

Thanks,Yoanda. I've scoured ancestry.ca for Michael - one problem with searching is that there are far too many Michael Walshes and even for the"right" Michael the records give the wrong birth place (Newfoundland) and he lied about his age in several records. Anyway, thanks for the tip and good luck with your genealogy endeavors.

My great-grandfather, Joseph Larkin, born in 1827 or 1832, came to Canada in 1855 (according to census records).  He married Elizabeth Reid in St. Marys, Ontario but he lived in London, Ontario and that's where they lived for the remainder of their lives.  His marriage record listed his parents as Patrick Larkin and Mary Fallon.  On the record of the baptism of one of their children, his place of origin was listed as "Hibernia, Queens", which I believe is Ireland, Queens County, which i know is now known as County Laois.  I have no knowledge of siblings of Joseph or anything about him before he left Ireland.

Their children's names were Thomas, James, Jane, Elizabeth, Anne Helen (my grandmother), Joseph, John and Mary Jane.  Records for all these children (births, marriages and children) can be found here in Ontario but I've had no luck at all with Irish records for the time before Joseph Larkin came to Canada.  I've searched long and hard on Ancestry.com and Familysearch. org and anywhere else I could think of without getting beyond when my g-grandfather came here to London, Ontario, Canada.

I think I've exhausted all the ways that I'm aware of.  Does anyone have any suggestions for me ?

I am having the same problem MaryLou, my Grandfather came over to Canada in 1929 well documented, I know where his 1 sister lived she married a Canadian Navy man during ww2 and came over, still missing 1 Aunt and 1 Uncle, also can't find any record of my Great Grandfather after 1922, no death, or immigration, nothing.

I have been searching since the 1990's with no luck, I hired a researcher in Ireland, he found 1 uncle who died at 8 years old, but nothing more. so frustrated.

There are about three brick walls I am interested in but will just relate one here.  My McNamara grandfather (Daniel Martin) came to New York  in 1907 and I have have his and his families information nearly complete.  On his passenger record he stated that he went to stay with his cousin Mary Woods in South Lyons, Oakland Co., Michigan. His sister Margaret McNamara came to NY in 1909 and said she went to visit her brother Daniel McNamara at 264, 7th Street, Detroit, Michigan (from her passenger record).  I'm not sure if I found my Daniel Mac in 1910 US census but I have one Daniel McNamara in Summit City, NJ in 1910 on the same page as a widow Mary Woods and her children Loretta, Roberta V., Lucy, Marie and with one boarder, Thomas Barber.There were Woods in the area our Macs came from (Feakle Parish, Co Clare) so it must have been a cousin who married a WOODS man as his only remaining sister (Honoria) did not marry.  I have not been able to find Margaret in USA records or been able to see that she went back to Ireland to stay.  (My brick wall is what happened to Margaret in USA or Ireland and who in my Mac family is married to who the Woods family.)

Daniel Martin McNamara married Anne Marie Cleary and lived in Manhattan, NYC where he and Annie raised their four children.  I do have the Macs and my Clearys back to my second great-grandfathers Daniel McNamara and William Cleary.