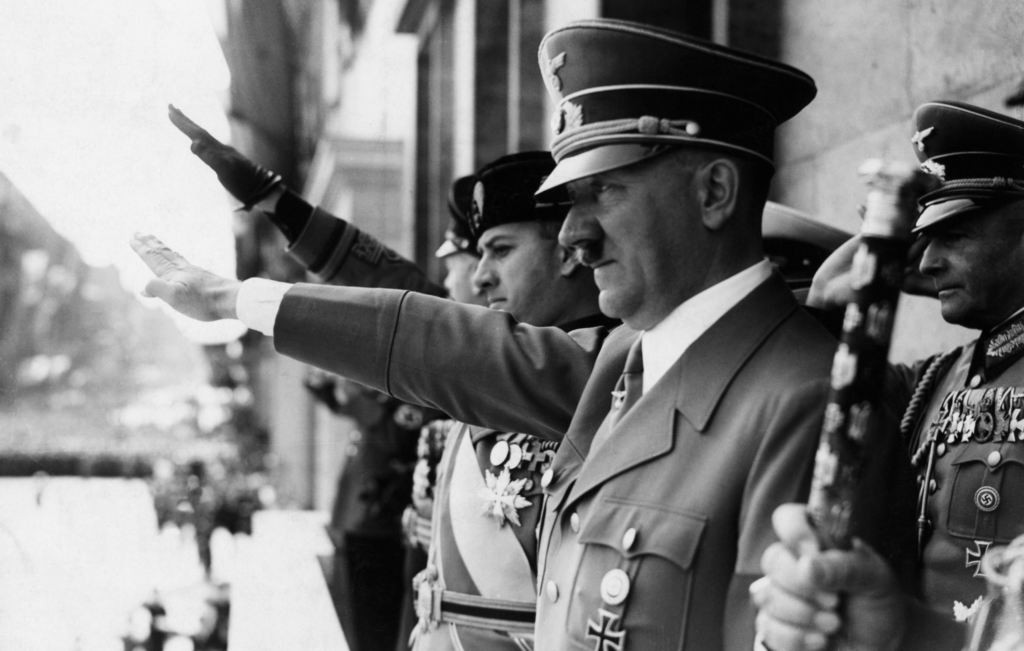 Permalink Reply by Daniel Williams on September 18, 2014 at 10:30am
Time to end this discussion. No need for anti-American rhetoric on this great site. WWII ended more than 60 yrs ago. Let us not ruin this site by rehashing the who's and what's of a 60 yr old problem. After reading all the slush on his topic, it seems we could all agree that politicians are the same world over.

I don't see where anything Kieron had to say was "anti-American." No doubt many Irish would consider much of this discussion to be anti-Irish from the very beginning using the same criteria. It's an exchange of opinions, and Kieron's certainly has merit. No country is above criticism. The west DID turn a blind eye to what they knew Stalin to be because it suited their purposes at that moment.

The political leaders of countries make decisions based on what is best for their own countries, and the adage "the enemy of my enemy is my friend" has certainly led more than one country into alliances with less than savory characters. The Irish certainly had less information confirming how bad Hitler was or might become in 1940 than the allies had about Stalin, and the Irish didn't form any alliance with Hitler, far from it. They merely choose not to take part in yet another blood letting between the leading powers in Europe.

Hitler as the anti-Christ is a narrative that history taught in the aftermath of the war. In 1940 no one in Ireland ever would have believed that the Germans as a people would become involved in a systematic genocide of the Jews in Europe. To claim they should have known this and entered the war on the Allied side defies logic. If De Valera or any other Irish politician had proposed entering the war their political careers in Ireland would almost certainly have ended at that moment.

It's gone off-topic, Joe.  Just like you and I tried not to veer off topic earlier, I'd hoped we could do the same by keeping the anti-American rhetoric out of it.  And yes, I do consider some of the comments to be anti-American.  The subject under discussion was Ireland's neutrally ... not America.

People are free to have any opinion they want, but I don't believe we should be sending the message that a site run by Americans doesn't allow posters to criticize America. You can't start a debate about what one country did in WWII and then say the actions of every other country involved are off limits in that discussion.

PS: Accidently posted this earlier WG rather than under my own log in.

Well said Joe. I agree with all of what you've said.

There's quite a disagreement, then, on what qualifies as anti-American rhetoric.  I'm getting private messages from folks who aren't pleased with the anti-American tangent.  They no longer want to participate in this discussion because it's veered off into what the Americans did wrong in WW2 instead of what was originally intended.

Sure, isolationists in America did prevent America from declaring war on Germany, but they could not prevent FDR from aiding Great Britain and Russia with lend-lease and other support.  It might be painful to admit that de Valera was pro-Nazi, but his actions would appear to leave little doubt.  Fortunately, it is also very likely most Irish did not share his view.

I'm sure some of us in America have been watching the PBS series on the Roosevelts. FDR did a masterful job of not committing the U.S. to war until our woefully undermanned and underarmed forces were ready to fight.He did it by being a politician.

At one point in last night's show it was pointed out that Eleanor was upset at him for not proposing a federal anti-lynching law. Well, preparing us to fight the inevitable war had already caused him to lose the support of the progressives, many of whom were isolationists. If he had pushed an anti-lynching law, he would have lost the southern democrats as well. Then how would he have governed?

The word "politics" is not a pejorative for me. I think we need more politicians  and less ideologues in Washington today.

As far as criticism of America is concerned, we're all big boys and girls. We can handle it.

I agree, Jim. I don't think some people quite understand the firestorm that De Valera would have faced had he proposed in 1939 or 1940 that Ireland should send it's sons to die in another European bloodbath. From the 2014 perspective it sounds like he would have been proposing, "joining in the fight to stop the holocaust." But that is a far different view of the situation than the vast majority of Irish had then. One of the hardest things to do when looking back at history and judging what was done then is trying to forget the things we know that the people living then didn't know. Hitler's name has become so interchangeable with Satan himself that it's hard for some people today to understand that at one time he was looked at as anything less than that. When Chamberlain, for example, negotiated with Hitler, he certainly had no idea he was dealing with a man who would one day slaughter millions of people in cold blood.

PS: Accidently posted this earlier as WG rather than under my own log in.

I also don't believe we should be sending the message that a site run by Americans doesn't allow posters to criticize America and that you can't start a debate about what one country did in WWII and then say the actions of every other country involved are off limits in that discussion.

However, it is also a bad message to have people support their comments (on whatever topic) by suggesting that the opinions of people living in America are somehow less well informed than those of the people born in or living in Ireland when the subject is related to Ireland. And to then have those same people (not born and raised or living in America) criticize America almost in the same breath. Yes debates can be frustrating but this site is about celebrating the Diaspora not attacking it every time someone offers an opinion that does not happen to jive with what is being taught in Ireland's schools or pushed through its media.

Though it was done very melodramatically, Robbie O'Connell had a song about 25 years ago titled "Two Nations" that made the same point. It is available on youtube.