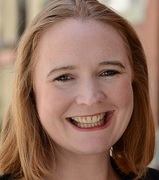 The Society welcomes back Dr. Miriam Nyhan to the library’s stage.  Professor Nyhan spoke at the Society’s meeting in November 2011 about the history of the Ford Motors plant in Cork.  She also gave a talk on Irish County Associations at the March 2010 meeting of the Society.  Professor Nyhan received her BA and MPhil from the University College Cork and her PhD from the European University Institute, Florence.  Dr. Nyhan is on the faculty of Arts and Science at NYU and is the Administrative Coordinator of Glucksman Ireland House at NYU.

Dr. Nyhan will speak about her research on Richard White’s history/memoir Remembering Ahanagran: A History of Stories.  The book is controversial in its challenging memory as a reliable source for historians. Oddly, Richard White is a historian and the source for the memories in his book is his mother, Sara Walsh White.  Born in the west of Ireland, Sara came to America at age sixteen and married Harry White a Harvard educated son of Russian Jewish emigrants.  Dr. Nyhan will share the discoveries to which her research led her with the audience at the Irish Cultural Society meeting.

Historian and teacher, Miriam Nyhan brings color and drama to her presentations.  County Wicklow charm, too, joins her on the Garden City Library stage.