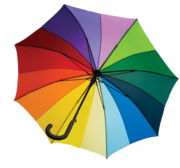 Our most loved musical returns to the Irish Rep stage this fall, twelve years after it was first revived to great acclaim. Tony-nominee Melissa Errico will reprise her role as “Sharon” as we celebrate our homecoming in true Irish style!

The groundbreaking 1947 musical follows an Irishman who steals a feisty leprechaun’s pot of gold and escapes with his daughter, Sharon, to Missitucky, a mythical region in the United States that is part of the Jim Crow South. The daughter and the sprite each find romance with others, but also encounter bigotry, economic disparity and cultural injustice.