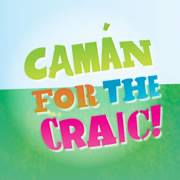 Aer Lingus is inviting teams from all over the world to compete in the first ever International Hurling Festival. The best hurlers from the USA, South America, Canada, the UK, Continental Europe, the Middle East and Australia will descend on Galway for a three-day festival of ceol, craic and culture, as well as the first hurling competition of its kind. The tournament will feature sixteen International teams competing in four groups of four, with the eventual winners crowned in Galway’s legendary Pearse Stadium. In support of The Gathering, Aer Lingus want to bring hurling fans from all over the world home to celebrate our national game in what promises to be one of the most unique and exciting sporting events of 2013.

Teams will be hosted in Loughrea, Gort, Ballinasloe and Galway West. Qualifying games will take place on Thursday 19th and Friday 20th September with the final taking place in Pearse Stadium on Saturday the 21st of September.