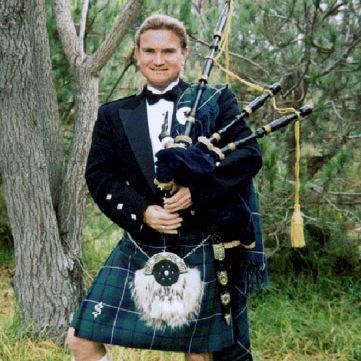 Hamish Douglas Burgess, also known as Jim or Seumas, is an artist living on the island of Maui, in the Hawaiian Islands. He continues the ancient practice with his own Celtic art, traditional and modern, in various mediums. Coming from Celtic stock (Scottish), and living for many years in a Celtic area of Britain (Cornwall), he has a love of Celtic art and music instilled in him, producing Celtic artwork in different media, photography from the Celtic Lands, and playing the bagpipes. He regularly spends time in the ancient Celtic areas of Britain, Ireland and Europe, studying ancient works of Celtic art, and visiting other artists. Recent works have included album covers for The Irish Rovers and others, book illustrations, commissioned pieces, original celtic tattoos, temporary celtic tattoos and even an entire car! www.mauiceltic.com/gallery.htm

Hamish also owns Maui Celtic, an import and Celtic goods retail company, and cross-cultural link for music events, genealogy, Celtic art and heritage. The website is a resource and archive for all things Scottish and Celtic in Hawaii - www.mauiceltic.com