In September 1862, two Irish-born men were about to put their lives on the line for their adopted American nation.  One was Dennis Heenan from Borrisokane, County Tipperary who arrived in Philadelphia in 1839.  He joined one of the many Irish militias defending Irish neighborhoods from the bigoted Know-Nothing nativists who burned two local Catholic churches in 1844.  The other was St. Clair (Sinclair) Mulholland from Lisburn, County Antrim who arrive in Philadelphia in 1850 at age 11 and in his late teens, he too became active with a local militia that filled its ranks largely with Philadelphia’s Irish population.

Years later, on 13 April 1861, Confederate forces took Fort Sumter and America’s Civil War was on.  Two days later, President Lincoln called for 75,000 volunteers to halt the ‘Southern insurrection.’  In the first battle at a creek called Bull Run on 21 April, 35,000, the so-called ‘insurrectionists’ under General Thomas ‘Stonewall’ Jackson drove the Union volunteers from the field inflicting 3,000 casualties.  President Lincoln called for 500,000 more recruits.  In July 1861, Heenan decided to organize a Pennsylvania Irish volunteer regiment and on 11 June 1862 he received official authorization to do so.  He formed the 116th Pennsylvania Volunteer Regiment with himself as commanding Colonel and Lt. Colonel Sinclair Mulholland as second in command.  Their regiment was mustered into service on 1 September 1862.

Two weeks later, on 17 September, the famous Irish Brigade under General Thomas Francis Meagher won a hard-fought victory at the Bloody Lane in Antietam (the bloodiest day in American history) but suffered the loss of 540 killed, wounded and missing.  On 9 October, the 116th Pennsylvania was assigned to bolster their ranks and became part of the Irish Brigade under General Meagher.  By December, they were on the north bank of the Rappahannock River facing Fredericksburg.  Each man was given 60 rounds of ammunition, three days rations and a sprig of boxwood to wear in their caps to identify their Irish heritage as the brigade's battle-worn flag had been sent back to New York for much-needed repair and the replacement had yet to arrive.  The charge of the Irish Brigade up Marye’s Heights is one of the most heroic encounters in the history of warfare.  Col. Mulholland became an icon of courage during that charge on 12 December, during which most of the officers of the Brigade were either killed or wounded including Col. Heenan and Lt. Col. Mulholland himself.  Fortunately, both were rescued from the field.  The Irish Brigade lost half its men and the 116th Regiment lost so many that it was reduced to a battalion of four companies in January 1863 under the command of Mulholland since Colonel Heenan was honorably discharged as his wounds were incapacitating. 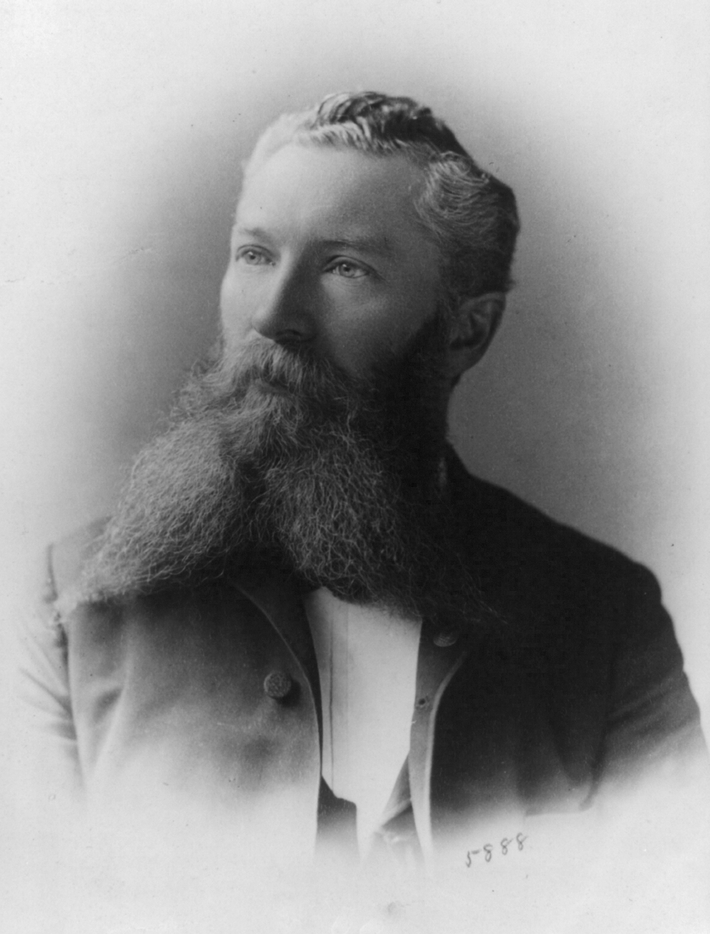 At the Battle of Chancellorsville on 3 May, Mulholland, leading his battalion, distinguished himself by saving the guns of the 5th Maine battery that had been abandoned to the enemy. After the battle, he commanded the picket line holding the enemy in check all night to cover the retreat of the Army.  For this he later received the Medal of Honor from Congress.  On 1 July, the Irish Brigade (down to 530 men) took a defensive position along Cemetery Ridge in Gettysburg where Brigade Chaplain, Father William Corby, dramatically stood atop a rock and bestowed general absolution on Mulholland and hundreds of kneeling Irish soldiers.  It was something that Mulholland never forgot. The Brigade and three others were ordered through a wheat field to confront Confederate troops suddenly surging toward Cemetery Ridge.  The emerald banner of the Irish Brigade led the charge through the wheat field and up to the high ground of Stony Hill where a bitter close-range struggle pushed back two regiments of veteran South Carolina troops.  However, it was not without severe cost for the Irish Brigade lost another 202 men.

In the spring of 1864, Mulholland was given permission to recruit the regiment back to full strength.  On 4 May, in the Battle of the Wilderness, Colonel Mulholland was wounded a second time but quickly returned to his command.  On 10 May he was wounded again at the Battle of Spotsylvania and this time needed a 10-day hospital stay.  Upon resuming command, he was wounded again on 3 June during the week-long Battle of Cold Harbor.  After another rapid recovery, he commanded the 116th in action around Petersburg.  There, on 28 October, he distinguished himself by commanding the storming of a fort on Boydton Plank Road, capturing the fort, four Confederate officers and 40 soldiers.  Finally, after General Robert E. Lee surrendered on 9 April 1865, Mulholland was honorably mustered out of military service on 3 July.  President Johnson nominated him on 4 May 1866 to the rank of brevet Brigadier General for his conduct at the Battle of the Wilderness and on 18 May added the brevet rank of Major General for his actions at the fort on Boydton Plank Road.  On 2 February 1869, the Senate confirmed both appointments.  (Brevet is respect and privileges of rank without related pay.)

Back in civilian life, Mulholland became the first Irish-born Police Chief of any major American city when he became Philadelphia’s Chief of Police in 1869. In July 1872, he was saddened by the death of his old friend and comrade in arms Col. Dennis Heenen who was killed in a tragic accident and was also his father-in-law for Mulholland’s wife was Heenan’s daughter, Mary.  He spent much of his leisure time in art and even studied for two years in Europe in the early 1880s, winning praise for his paintings. He lectured and wrote on the Civil War, compiled a history of his 116th Regiment and one about those on whom Congress had conferred the Medal of Honor. In Philadelphia’s Catholic community, he was always active and a leader among the best-known laymen. On 17 March 1892, he was elected President of The Friendly Sons of St. Patrick.  In 1894, President Grover Cleveland appointed Mulholland as U.S. Pension Agent, an office to which he was reappointed by Presidents McKinley and Roosevelt.

On 16 March 1907, some 15,000 spectators witnessed the unveiling of a Statue of Commodore John Barry presented to the City of Philadelphia as a gift from the Friendly Sons of St. Patrick with Chairman of the Barry Memorial Committee, Major General Mulholland, reminding all that Commodore Barry had been an early member of the Society.  He later wrote the regimental history of the five regiments that comprised the Irish Brigade and worked tirelessly on behalf of Veterans and their families.  He was a major force behind the creation and placement of the Father Corby statue at Gettysburg, recreating a significant memory in his own life.  However, although he wished to share that memory with others, he did not live to see it raised and dedicated on 10 October 1910.

Brevet Major St. Clair A. Mulholland died on 17 February 1910 and was buried at Old Cathedral Cemetery, Philadelphia.  He was survived by his widow, Mary Heenan Mulholland and five daughters: Agnes, Frances, Mary St. Clair, Genevieve, and Claire. Today, not many know of these remarkable men and we should share their stories as examples of the Irish who helped to make America great.