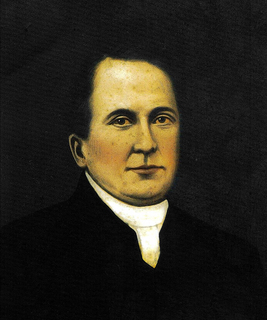 DOMHNAIGH -- On May 27, 1798, a North Cork militia and local yeomanry force of around 128 was headed towards the rebel held town of Oulart, Co. Wexford. The yeomen, commanded by Colonel Foote, a veteran of the American Revolution, were met by the numerically superior but poorly armed rebels of Father John Murphy on Oulart Hill. Foote was reluctant to attack Murphy's men, who were well posted on high ground; but Col. Foote's men were supremely confident that they could easily sweep the ill-armed, untrained Irish rebels from the hill. They had also looted and burned a public house in Ballinamonabeg on their way, which may have increased their courage. AOINE -- On June 1, 1866, the Fenian Brotherhood undertook the most famous action of its history: the invasion of Canada. Mexican and American Civil War veteran General "Fighting" Tom Sweeny planned the military action. The Fenians hoped to capture Canada, or a large portion of it, and make the British bargain for its return -- with Ireland's freedom as the price. To this day, there is controversy about the role of the American government in the invasion. The Fenians SATHAIRN -- On June 2, 1567, Shane "the Proud" O'Neill was murdered. The eldest son of Conn O'Neill, 1st Earl of Tyrone, Shane became chief of the O'Neills in 1559. Shane alternately fought and negotiated with the English through the years. In 1562, Shane went to London to make peace with Queen Elizabeth again (right). Returning home, he destroyed McDonnell settlements in Antrim to consolidate his power. But soon after he was defeated and driven from his lands by Hugh Dubh (Black Hugh) O'Donnell, and he was forced to seek refuge with those same McDonnells in Cushendon. They feigned friendship and took him in, but then murdered him. The head of Shane the Proud was then delivered to the English in Dublin, where it was stuck on a pole and placed on the northwest gate of the city.

1, 1798 - Battle of Bunclody
1, 1818 - The Irish Ultonia Regiment of the Spanish Army is disbanded at the end of the Napoleonic wars.
1, 1866 - Fenians invade Canada.
1, 1918 - William Jameson Cairnes, WWI Ace, born in Co. Louth, shot down and killed.
2, 1567 - Shane O'Neill (Shane the Proud) murdered by the McDonnells.
2, 1866 - Fenians defeat Canadian militia at the Battle of Ridgeway, only major battle of their Canadian invasion.
2, 1921 – Michael Kilroy and the West Mayo Flying Column ambush a Crown forces convoy in Carrowkennedy, Co. Mayo.