DOMHNAIGH -- On January 9, 1708, elements of the Irish Brigade of France under Daniel O'Mahony helped capture the town of Alcoy in Spain during the War of Spanish Succession. O'Mahony came from a distinguished Munster family. One brother, Dermod, had been a colonel, and another, Daniel, a captain in the Irish army that left Limerick for the continent in 1691. Daniel was also a brother-in-law of another famous officer of the Irish Brigade of France, the Marshal Duke of Berwick. Holding the rank of major, O'Mahony had achieved great fame for his part in the famous defense of Cremona, where the Irish Brigade foiled Prince Eugene's surprise attack on the city in 1702, and he had steadily risen through the ranks. During the War of Spanish Succession, many officers and units of the Irish Brigade served in Spain fighting the Allies' attempt to place Archduke Charles, son of Hapsburg (Austrian) Emperor Leopold I, on the Spanish throne. In the early part of 1707, O'Mahony commanded an unsuccessful attempt to capture the town of Alcoy with a force of about 1,800 men. On January 2, 1708, he arrived at the gates of the city again, but this time he commanded a force of over 6,000, including the Irish battalions of Dillon, Berwick, and Bourke. By the 4th, O'Mahony's six guns had breached the walls of Alcoy, but the Allied garrison fought well and repulsed attempts to take it on the 5th and 7th with much loss of life on the Franco-Spanish side. But with no relief in sight the garrison's situation was hopeless; O'Mahony accepted the garrison's surrender on the 9th. Daniel O'Mahony was one of the finest commanders of all The Wild Geese. After Alcoy, he served in Sicily and then back in Spain again. He was created a Count of Castile and promoted to lieutenant general. One of the Count's sons, James, would also reach the rank of lieutenant general in the Spanish army and the other, Dermod, would be Spain's ambassador to Austria. MÁIRT -- On January 11, 1775, Louis De Lacy (right), soldier in the armies of Spain and France, was born in St. Roque, Spain, near Gibraltar, of Irish parents. Louis' father, Patrick, was an officer in the Irish Ultonia regiment of the Spanish army. Louis entered his father's regiment at the age of only 14. While stationed on the Canary Islands, he fought a duel with the governor of the island, severely wounding him. De Lacy was court-martialed and removed from the army. He then traveled to France and was able to gain a commission when French Minister of War Henry Clarke (also of Irish ancestry) introduced De Lacy to Napoleon. Made a captain in the Irish Legion, Louis accompanied the French army of Murat in its invasion of Spain in 1807. Once in Spain, however, De Lacy found his feeling for the land where he was born too strong to allow him to fight against it. Disguising himself in women's clothing, he made his way through the lines and turned himself into the Spanish commander. Surprisingly, he was welcomed warmly and immediately given a Spanish commission as colonel and put in command of the Burgos regiment. De Lacy fought well in numerous battles against the French throughout the rest of the Napoleonic wars. When the exiled monarch Ferdinand VII was restored to the throne, de Lacy became one of the leaders of an anti-royalist conspiracy. The plot was discovered and Louis was arrested. De Lacy was condemned to death and was shot in July 1816. By 1820, changing political tides in Spain empowered those whom had conspired against Ferdinand, and Louis de Lacy's body was exhumed and taken to Barcelona and reburied with military honors. The king himself accompanied the funeral procession as Louis was laid to rest near his uncle, Count Francis de Lacy. The king also honored Louis by conferring on him the posthumous title of Duke of Ultonia (Ulster). 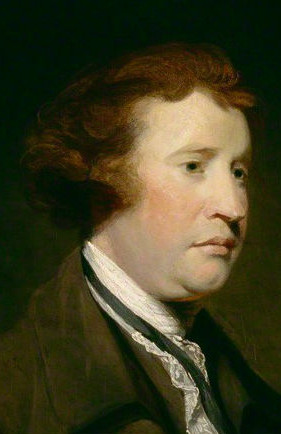 CÉADAOIN -- On January 12, 1729, Edmund Burke, one of the greatest political writers and orators in history, was born in Arran Quay, Dublin. Burke was the son of a mixed marriage -- his mother was Catholic and his father Protestant. Burke himself would later marry an Irish Catholic woman. Perhaps it was these two factors that led him to advocate a lenient policy toward Ireland for most of his life. Burke graduated from Trinity College, Dublin, in 1748 and studied law at Middle Temple in London; however, he failed to secure a call to the bar and instead began a literary career. He wrote several books and was editor of the Annual Register before entering politics. 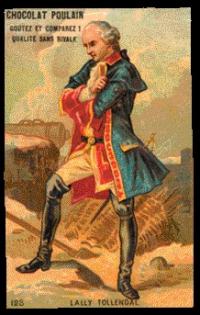 DEARDAOIN -- On January 13, 1702 Thomas Arthur Lally, a renowned but tragic officer in the Irish Brigade in the service of France, was born in Romans, France. Lally was the son of Sir Gerard Lally of Tullynadala, County Galway, one of the original "Wild Geese" of 1691. Though King Louis XV offered to make Lally a colonel in the Irish Brigade at the age of 18, his father insisted he earn his advancement.

SATHAIRN -- On January 15, 1861, Young Irelander Terence Bellew MacManus died in San Francisco. MacManus was born in County Fermanagh in 1811. He later moved to Liverpool, England, where he began a successful shipping agency. In 1843 he returned to Ireland and joined the Repeal Association and the Young Ireland party.