LUAIN -- On April 15, 1848, in Dublin, Thomas Francis Meagher presented the tricolor national flag of Ireland to the public for the first time at a meeting of the Young Ireland Party. Meagher had recently gone to Paris with an Irish delegation sent to congratulate the French republicans on their successful revolution. Inspired by the tricolor French flag, he came up with similar design for the Irish flag, with orange, white and green stripes. The colors symbolized the uniting of the two traditions in one new nation. Few realize though, that Meagher's original flag had the orange stripe closest to the staff. That flag was nearly forgotten following the Young Irelander's failed rising later in '48. The Fenians, the next Irish revolutionary movement, used the traditional green field and golden harp motif for its flags. But in 1916, Meagher's flag was resurrected by the Irish Volunteers and later by Sinn Fein. With the green stripe closest to the staff, Thomas Francis Meagher's tricolor became the official flag of the 26 counties of the Irish Republic. Until recently, display of the tricolor flag was illegal in the six occupied counties of northern Ireland.

MÁIRT -- On April 16, 1746, a battle was fought in Scotland that would have long-term implications for Ireland, as well as Scotland. It ended "Bonnie" Prince Charlie's Jacobite uprising, known in Scotland as simply, "The '45." It was the battle of "Culloden Moor

." Elements of the Irish Brigade of France fought well in the losing cause that day. The Irish in France gave Charles all the support they could during "The '45," though some of their efforts were thwarted. Over 400 men from six infantry regiments and a detachment of Fitzjames' cavalry regiment joined "Bonnie" Prince in Scotland in '45, but many hundreds more were turned back by the British Navy. These Irish veterans were fresh off the victory at Fontenoy, where their late charge on the Duke of Cumberland's attacking force had been one of the decisive factors. Though initially successful, by April 1646 "Bonnie" Prince and his army were clearly in trouble. As he confronted the British at Culloden, a large portion of his exhausted, freezing forces had melted away to their homes. Facing about 9,000 veteran British soldiers under the same Duke of Cumberland who had been defeated at Fontenoy less than a year earlier, Prince Charles' army numbered about 4,000. Retreat would seem to have been the best course of action. "Bonnie" Prince Charlie ordered an attack. With moors on both sides, the Jacobites were forced into a narrow front. British artillery and massed musketry did tremendous damage to their formations. The Prince's army was soon in full retreat. Colonel O'Shea, with 60 troopers of Fitzjames' horse stopped 500 British dragoons who came dangerously close to capturing the Prince, and on the left of the line, the men of the combined Irish regiments, under the command of Brigadier Stapleton, were the last off the field, covering the retreat of Prince Charles and the remnants of his army. Stapleton was mortally wounded during that action. The Irish had given their blood to the cause of a Stuart King for the last time. Most of the surviving Irish surrendered at Inverness. The Prince himself eventually managed to make his escape to
France.

DEARDAOIN -- On April 18, 1690, five regiments of Irishmen set sail from Ireland for France. These soldiers, about 5,400 in all, would form the nucleus of France's famed Irish Brigade. The Irishmen were sent in exchange for about 6,000 of King Louis XIV's well-trained French soldiers. Louis wanted to support James II in his quest to regain the British crown from William of Orange, but he could ill-afford the loss of 6,000 soldiers during his own struggle with William on the continent. Louis demanded Irish replacements, ill trained though they might be, in exchange. The Irish regiments sailed out on the same ships that landed the French troops under Count de Lauzun. Soon after arriving in France, the five regiments would be reorganized into three, commanded by Justin MacCarthy (Lord Mountcashel), Daniel O'Brien, and Arthur Dillon, whose family would continue in command of this regiment for a hundred years. Mountcashel would command this first Irish Brigade. Mountcashel had grown up in France, and became fluent in the French tongue after his father had lost everything due to his participation in the fight against Cromwell and subsequent exile to France. Mountcashel's brigade was joined by Sarsfield's men in late 1691. The Irish Brigade would carry on in French service for 100 years and amass a record equaled by few military organizations in history. Like Sarsfield, Mountcashel did not survive for very long in French service. Very shortly after his arrival in France, on September 11, 1690, he was seriously wounded in the chest fighting in Savoy near Mountiers de Tarentaise. Although he recovered from this wound and continued to command the brigade, the wound continued to hamper McCarthy. In 1694, he left the brigade, seeking relief from his wounds in the baths at Baréges in the Pyrenees. Unfortunately, Justin McCarthy, Lord Mountcashel, died there July 1, just short of a year after Patrick Sarsfield was killed at the Battle of Landen.

'Our levies [soldiers] . . . in a short time, with the discipline and order prevailing in France, will be the best in the world.'
-- Justin MacCarthy, Lord Mountcashel, on the potential of the soldiers of the first Irish Brigade of France

12, 1847 - The American relief ship, Jamestown, lands supplies in Cork for victims of the Great Hunger

14, 1794 - George Arthur Dillon, Irish Brigade of France officer, guillotined in France.
14, 1916 - The U-20 returns to land with mechanical problems, and Roger Casement transfers to the U-19.
14, 1922 - IRA occupies the Four Courts in Dublin.
14, 1919 - Limerick Trades Council declares a general strike.
15, 1840 - Repeal (of Union) Association founded.
15, 1848 - In Dublin, the tricolor national flag of Ireland is presented to the public for the first time by Thomas Francis Meagher and the Young Ireland Party.
15, 1941 - Free State fire brigades are sent to aid Belfast after Nazi raids cause numerous fires.
16, 1746 - Battle of Culloden Moor.
16, 1918 - British Parliament passes a conscription act that will apply to Ireland.
17, 1849 - Irish-born Count John Nugent, general in the Austrian army, dies in Austria.
Civil War.
17, 1949 - At midnight 26 Irish counties officially leave the British Commonwealth. A 21-gun salute on O'Connell Bridge, Dublin, ushers in the Republic of Ireland.
18, 1689 - Siege of Derry begins.
18, 1690 - Five regiments of Irishmen sail for France, form the nucleus of France's Irish Brigade.
18, 1887 - The London Times publishes a letter linking Parnell to the "Phoenix Park" murders. Later found to be a forgery.
18, 1914 - Irish home rule bill receives royal assent.
18, 1949 - Ireland declares itself a full republic, withdrawing from the British Commonwealth.

Joe, I was in Scotland for a short holiday just after Easter and visited the battlefield at Culloden. Here are some photos - apologies for the poor quality as darkness was beginning to fall. The British (government) line's position is marked with Red flags, the Jacobite position, near the tree line, is marked with Blue flags. The blue flag in the last photo is close to the position where the Irish piquets were located. 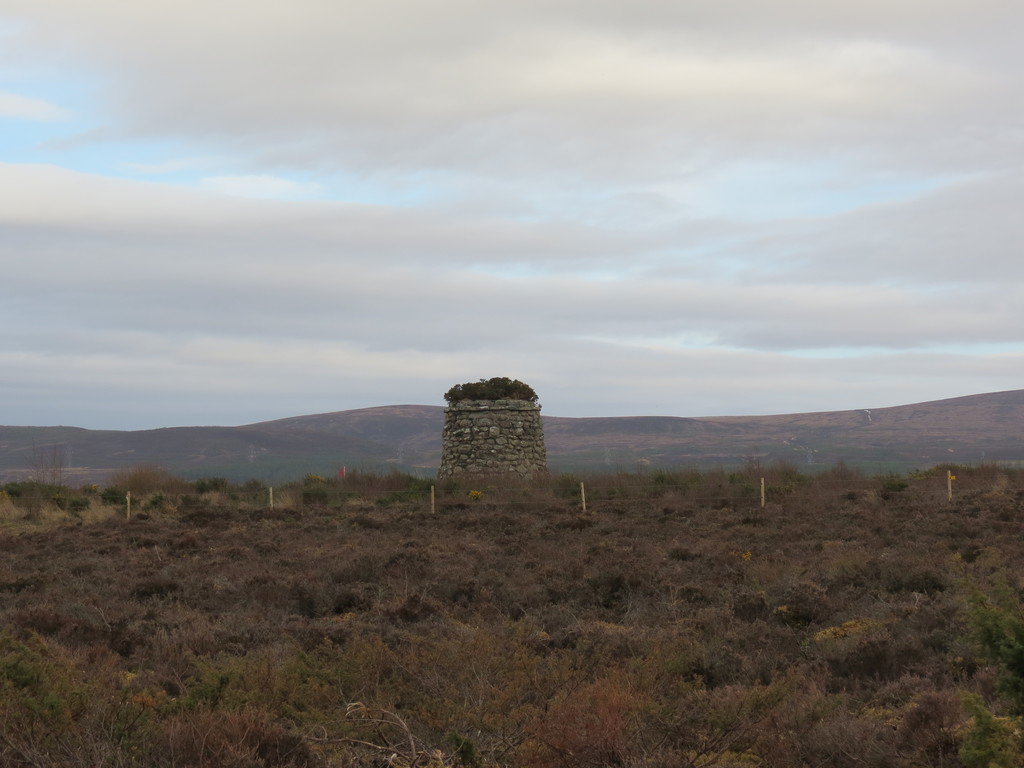 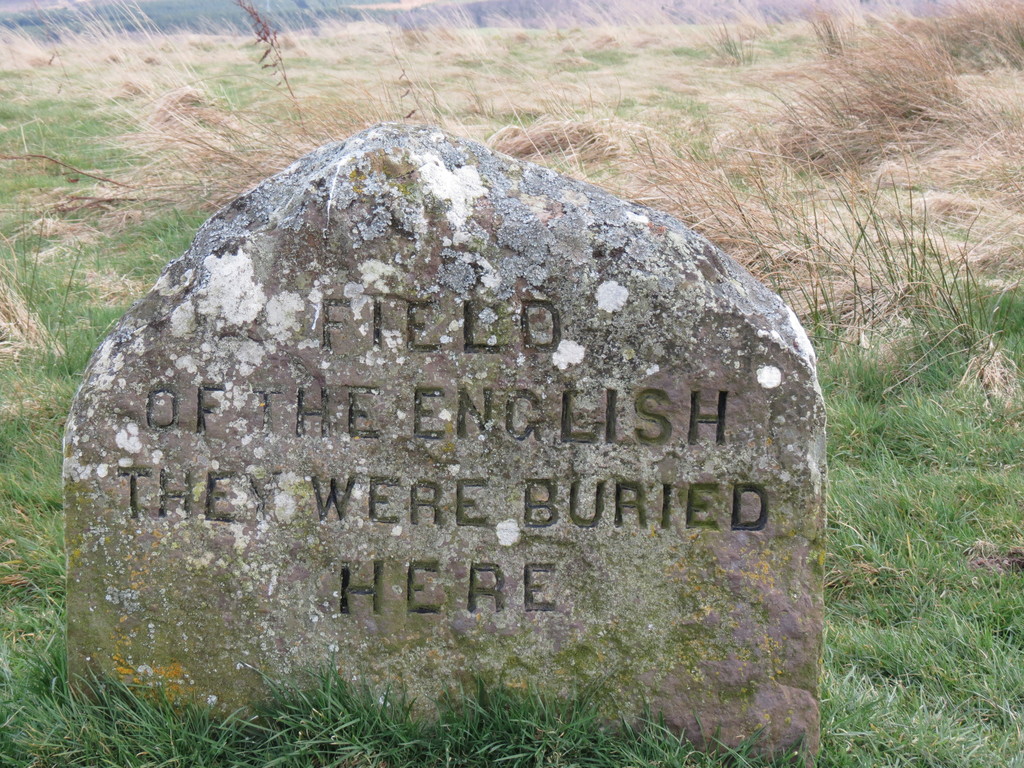