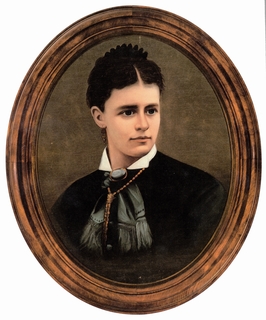 In Tombstone, Arizona, the town too tough to die, Nellie Cashman, the Miners’ Angel, is legendary for her business skills, her philanthropy and her Irish grit. Her biographer once said, when asked to describe her, “Pretty as a Victorian cameo and, when necessary, tougher than two-penny nails." Nellie was oft praised by admirers who cited her Irish charm, calling her the "queen of the Irish miners" and praising her Celtic brogue and wit.

Ellen “Nellie” Cashman was born in Belvelly, near Cobh, County Cork, in or about 1845, immigrating to Boston, along with her sister, Frances (Fanny), and mother around 1850. They, like so many others, were fleeing from the Great Famine. As an adolescent, Cashman worked as a bellhop in a Boston hotel, which set her on her entrepreneurial course. In 1865 she and her family migrated to San Francisco, California.

Fanny married in 1870 and settled in to married life. Nellie & her mum, also Frances, headed for the silver boomtown of Pioche, Nevada. They opened a boardinghouse in Pinaca Flats, 10 miles from the Pioche mines. They did well for themselves expanding their boarding house in their second year. Oct. 17, 1873, she sold her boarding house, so newly and proudly renovated, and skedaddled back to San Francisco. She'd soon be in on that gold rush herself, carrying a new name: Pioche Nellie.

Nellie once said that the Great Hunger stuck with her and shaped her. Her father, Patrick, died during those hunger times. She said the hard lessons learned served her well throughout her very successful & colourful life:

Work as hard as you can.
Make as much money as you can.
Share what you have with the desperate.
And get the hell out of Dodge when the money dries up.

Following the onset of the Klondike Gold Rush, Cashman left her family home in 1874 for the Cassiar Mountains in British Columbia, Canada. A lifelong Catholic, she set up a boarding house for miners, asking for donations to the Sisters of St Anne in return for the services available at her boarding house. Along with operating the Boarding House, she also grubstaked or financed many miners who were developing claims. 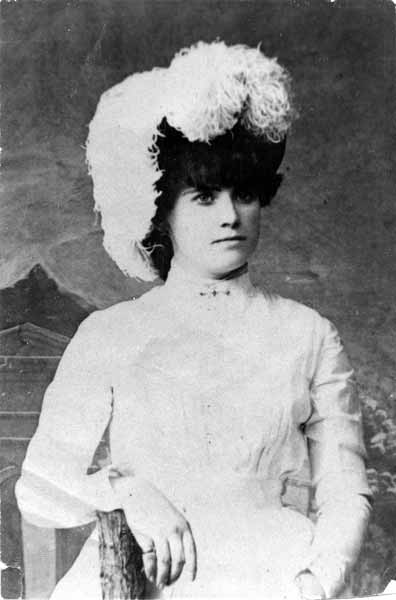 Tenacity by any other name is Nellie Cashman. She was traveling to Victoria to deliver 500 dollars to the Sisters of St. Anne when she heard that a snowstorm had descended on the Cassiar Mountains, stranding and injuring 26 miners, who were also suffering from scurvy. She took charge of a six-man search party and collected food and medicine to take to the stranded miners. Conditions in the Cassiar Mountains were so dangerous that the Canadian Army advised against attempting the rescue. Upon learning of Cashman's expedition, a commander sent his troops to locate her party and bring them to safety. An army trooper eventually found Cashman camped on the frozen surface of the Stikine River. Over tea, she convinced the trooper and his men that it was her will to continue, and that she would not head back without rescuing the miners.

(Left: Nellie in her finery.)

After 77 days of harsh weather, Cashman and her party located the sick men, who numbered far more than 26. Some historical accounts credit Cashman with saving the lives of as many as 75 men. She administered a diet containing Vitamin C to restore the men to health. She was afterward fondly known in the region as the "Angel of the Cassiar".

When the Cassiar strike played out, Nellie headed for the silver fields of Arizona. She arrived in Tucson in 1879, where she opened the Delmonico Restaurant, the first business in town owned by a woman. The Delmonico was successful despite (or perhaps because of) her habit of feeding and caring for hapless miners.

In 1880, Nellie sold the Delmonico and, following the silver rush in the San Pedro Valley, moved to the new silver boomtown of Tombstone, just after the arrival of the Earp brothers. An 1881 Cochise County census found that the Irish made up the highest number of foreign-born people in Tombstone. There were 559 Irish-born and 2,880 Americans, including Irish-Americans like Wyatt Earp's enemy, the deputy sheriff Johnny Behan.

Her first business venture in Tombstone was the Nevada Boot and Shoe Store. She and her associate Joseph Pascholy co-owned and ran a restaurant and hotel in Tombstone called Russ House, now known as Nellie Cashman's. Russ House was named after the original in San Francisco, Nellie served 50-cent meals, advertising that "there are no cockroaches in my kitchen and the flour is clean." According to a popular legend, a client once complained about Cashman's cooking, and fellow diner Doc Holliday drew his pistol, asking the customer to repeat what he had said. Embarrassed, the client replied, "Best I ever ate."

Along with the Russ House, she also worked as a nurse at Cochise County Hospital. In addition to these business ventures, she invested in claims and partnered with miners to develop them.

In Tombstone, her philanthropy work was also evident. A lifelong, devout Catholic, Nellie convinced the owners of the Crystal Palace Saloon (one of whom was Wyatt Earp) to allow Sunday church services there until she had helped raise enough funds for construction of a Catholic Church. She then rallied the Catholic community and raised money to build the Sacred Heart Catholic Church, and committed herself to charity work with the Sisters of St. Joseph. She was also active in raising money for the Salvation Army, the Red Cross, the Miner's Hospital and amateur theatricals staged in Tombstone. She was famous for taking up collections to help those who had been injured or fallen on hard times, especially miners. Always the pragmatist, Nellie found the members of Tombstone's red-light district sympathetic and charitable to her causes, and relied on their generosity to help others in need.

During her six years in Tombstone—with outside forays here and there—the enterprising Nellie opened and closed businesses with dizzying speed, and changed partners with alacrity. She had a grocery called Tombstone Cash Store (slogan: "Fruits and Vegetables Received Daily from Los Angeles"), and the Arcade Restaurant and Chop House ("Better Meals than any House in Town").

At one point, she got rid of the Arcade and took off briefly for Bisbee, where copper was expected to boom any minute. She rented a hotel, but this time, her vaunted instincts were wrong: Bisbee's moment had not yet come, and when she left town months later, the hotel owner sued her for unpaid rent.

Her sister Fanny (Cashman) Cunningham was widowed in 1881, following the death of her husband Tom, a boot maker. Cashman arranged for Fanny and her five children to move to nearby Tucson, Arizona. Fanny died in 1884 of tuberculosis, leaving her children in Cashman's care. Honoring her sister's wishes, Cashman raised the children as her own. She never married, stating a man would tie her to “too many conventions”.

Cashman traveled to Baja California soon after her sister's death in 1884, after hearing rumors of untapped gold and silver deposits. She joined 21 men in a short-lived prospecting venture. Sixteen hours into the 100-mile journey, in conditions of extreme heat and drought, the group had already nearly depleted their water supplies, and most of the men were suffering from dehydration. They abandoned their venture.

The Bisbee Massacre took place in Tombstone, in December 1883, killing three innocent bystanders and wounding two others. Five men were convicted and sentenced to die by hanging on March 28, 1884. Many people were eager to make a spectacle of the execution. A local carpenter built a grandstand next to the hanging site, planning to charge for tickets. Cashman was outraged, feeling that no execution should be celebrated. She befriended the five convicts, visiting them to provide spiritual guidance. Cashman convinced the sheriff to set a curfew on the day of the hangings to prevent a crowd from forming. The night before the execution, Cashman and a crew of volunteers tore down the grandstand. The hangings proceeded as scheduled, but out of public view. When Cashman learned that a medical school planned to exhume the bodies of the convicts for study, she enlisted two prospectors to stand watch over the Boot Hill Cemetery for 10 days. The following year, when a group of miners attempted to lynch mine owner E.B. Gage during a labor dispute, Nellie drove her buggy into the mob and rescued Gage, spiriting him away to Benson, Arizona. 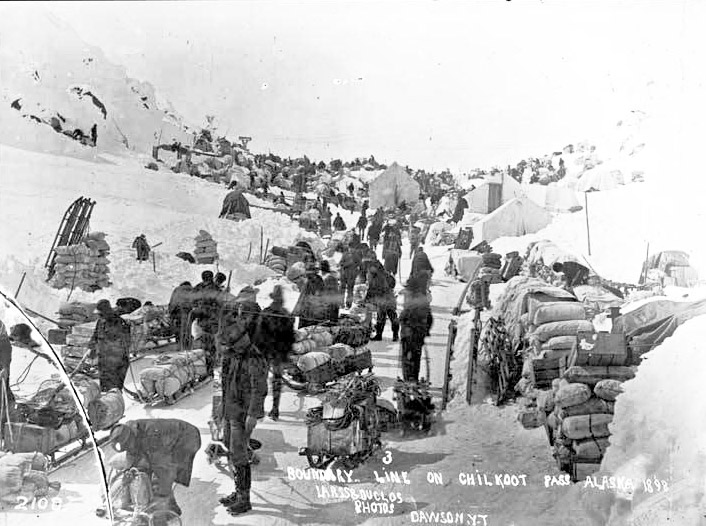 Nell had the wanderlust in her blood, it was safe to say. She moved frequently, living in Kingston, New Mexico from 1887 to 1888 before she heard about a new mineral find in western Arizona, in the Centennial-Harrisburg vicinity of the Harqua Hala Mountains. Cashman bought claims there and sold supplies to miners, living there for a few years. During the early 1890s, she lived in other Arizona towns, including Jerome, Prescott, Globe, and Yuma where she opened up boarding houses & restaurants, as well.

Wanderlust and prospecting fever continued, she left for Alaska in 1898 to strike it rich in Klondike. There she ran a restaurant, purchased claims and grubstaked many miners while also helping to establish St. Mary's Church and Hospital. Her prospecting ventures took her to Klondike, Fairbanks, and Nolan Creek. She later owned a store in Dawson City.

She settled in Koyukuk, along with other established miners. During the early twentieth century, she continued to operate businesses and travel, often by dog team. In 1923, Cashman set a record as the champion woman musher, traveling 750 miles in 17 days with her dog team, from Koyukuk to Seward, Alaska. 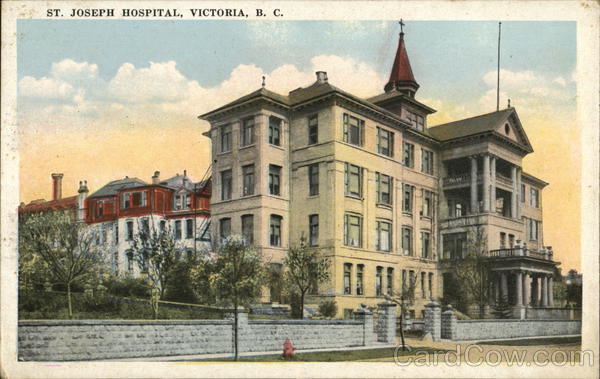 Nellie Cashman finally gave up her wanderlust and settled in Victoria, British Columbia in 1923. When asked by a reporter for the Arizona Star why she never married, Nellie replied, "Why child, I haven't had time for marriage. Men are a nuisance anyhow, now aren't they? They're just boys grown up."

Nellie Cashman, the "Saint of the Sourdoughs," died in Victoria two years later, on January 25, 1925. Friends admitted her to the Sisters of St. Anne, the same hospital which she had helped to build fifty-one years earlier. She died and was interred at Ross Bay Cemetery in Victoria, British Columbia.

Frontier Angel, the Saint of the Sourdoughs, the Miner's Angel, the Angel of the Cassair and the Angel of Tombstone, Nellie Cashman was all of this and something even harder to define.

I knew nothing of her. Well done and thanks.