The dealing man can still be found in every market square and bazzar in towns and villages around the world. Their nationalities and languages may be different but the art of dealing always follows the same ancient ways. Dealing men were expected to look the part at all times and had a common mode of dress with only slight variations.

Crossmaglen's dealing man, Robert, wore the accepted attire of tan colored leather boots, tightly laced in a crisscross pattern and polished to a dazzling shine. His dark gray trousers had sharp creases and his white shirt was always spotless. A short, colorful, knotted, silk scarf adorned his neck, the ends tucked in the open shirt.  His tweed jacket had a handkerchief in the breast pocket, but was only for show as he never used it. In the lapel he wore either a rose or a carnation. A flat, matching tweed cap completed his wardrobe.

He lived in a whitewashed cottage with a thatched roof at the lower end of the town and was very proud of the fact that he was part of a tradition that stretched back through the ages. Buying and selling was his purpose in life and he took his work seriously. The art of dealing included haggling and arguing over the price of animals and was an excitable and loud process. Turning on the heel and storming off in mock disgust after an insultingly low offer was made was a great part of the performance. Then, after being called back and offered a slightly higher amount, the dealing would resume.  When the amount was finally agreed upon, both men would spit on their hands and slap each other’s palms signifying the completion of the deal. In the evening the dealers would retire to their favorite bar and relive the day’s events.

Robert bought and sold a variety of livestock including goats and donkeys and would parade his menagerie on the town square in Crossmaglen every first Friday of the month, at the fair. Other dealers would come from far and near to trade and you could buy anything there from a chicken to a horse. He was standing in his usual spot one fair day trying to sell a donkey. Business was slow and by evening he had had no offers worth talking about and was beginning to tire. As he stood there he draped his arm around the donkey's neck and leaned against him for support. Sometime later, a squad of British soldiers trooped out from their barracks on the Culloville road and proceeded to patrol around the town. As they passed Robert they started laughing and making braying noises, mocking him and the donkey. One brave soldier, clutching his rifle, stopped laughing long enough to enquire as he passed by,

"Sir, why are you holding your brother so tightly?"

Robert, unmoved and without hesitation replied,

"Well young man,it's like this, I'm afraid that if I let him go, he might just run off and join the British army."

From: Don't Die with Regrets."

LOL, John. Let's be grateful that the squaddie wasn't four sheets to the wind with that rifle in hand. 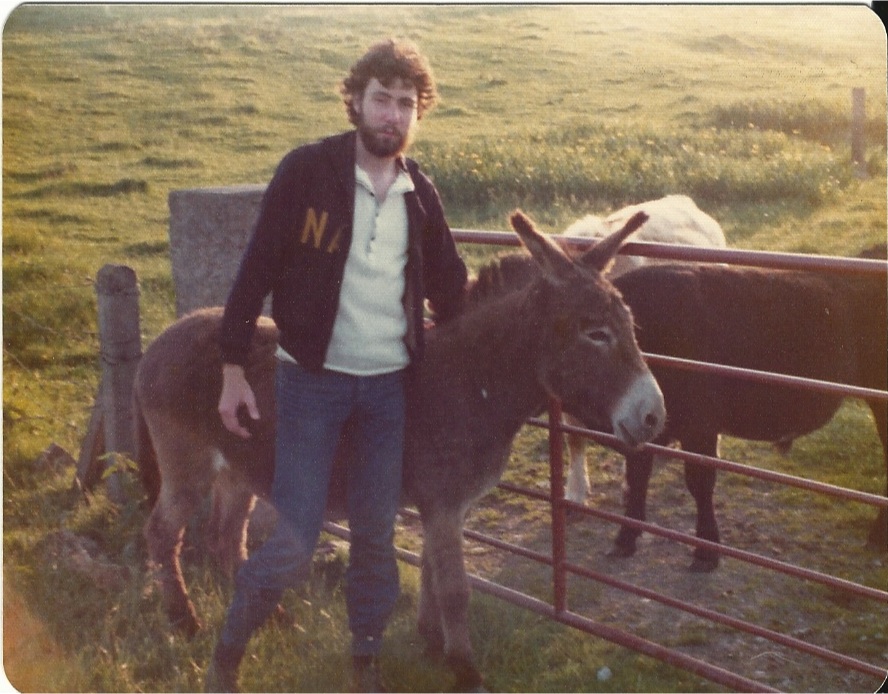 Sean a chara, funny, I did my bit for Ireland too, back in 1974, near Keadue, County Roscommon. Told the lad in my arm here about the legacy of British misrule in the six counties (and slipped him a carrot, as well). He spread the word. The smiles here tell it all. ... Happy to recall this encounter had a very happy ending!