Most people associate the loss of teeth with things like aging, nightmares, or even tooth faeries – but what if instead of a sparkling woman exchanging a baby tooth for a shiny shilling, the loss of a tooth resulted in the founding of a church?

The church in question can be found on one of the rollicking adventures you could have with Wild West Irish Tours – a set of medieval ruins nestled against the bosom of the shining sea; around which the protruding headstones of yesteryear arise like teeth themselves from the mouth of the earth. It is said that between 1150 – 1220, St. Patrick, after seeking refuge from rising tides and inclement weather, came across shelter provided by Bishop Brón; or Bronus [allegedly a disciple of St. Patrick himself]. Unfortunately, likely given the uneven terrain and the rain coming down, good St. Patrick slipped and out popped his tooth.

In a strange turn of events, rather than holding onto the tooth himself or simply discarding it, the saint offered it to his friend the bishop, who took it gratefully and used it as a cornerstone of the church’s emotional foundation; more than the physical.

A local lord a few centuries later saw fit to enclose the tooth in a gilded container; a casket of gold called the Fiacal Pádraig, which was later taken and not-as-carefully passed around from chieftain to chieftain in the area. Everyone wanted to say they’d had a bit of the saint with them, after all.

Recovered by an abbot, the tooth’s casket is now safe and sound in a Dublin museum – you could even add it to your itinerary when your Wild West Irish Tour winds down on its last day! Just don’t go looking for the tooth – that’s been a long time missing, either from the casket or the church…

The church itself; still standing and oft-visited [as it is a marvelous place to hike to – and burials continued there until 1961], teems with energy – stories give life and light to areas such as these, whether it be the colors of the ocean at sunset, the green of the dunes, or the open places of the old houses of worship through which sunlight streams. Listen to the whispering winds and allow yourself to be transported to medieval times and rising religious changes – and yes, be surrounded by endless emerald green. 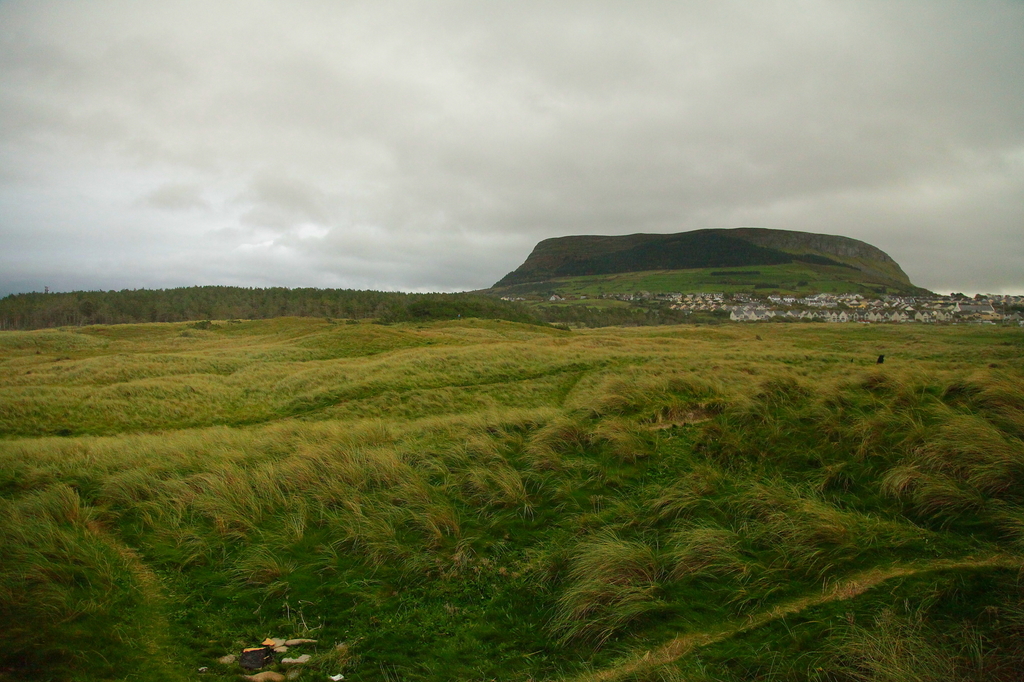 If enchanted by this story of St. Patrick and the traveling tooth; we invite you to visit us at www.wildwestirishtours.com for more of our exciting adventures from the Wild West of Ireland!

Lá fhéile Pádraig sona dhuit, members of the Wild Geese! A very Happy St. Patrick’s Day from all of us at Wild West Irish Tours.

Until next time, be well!