I think it is fair to say that a great many of us are wringing our hands in despair at the state the world is in now. It seems that we are in total disagreement with each other and cannot or will not find common ground on which to unite. It is a case of widespread ‘he said-she said’ and every other negative expletive you can think of, that sums up the worldwide situation that exists now. So, with that thought in mind I put together the following article in hopes that it will lighten the mood, if only for a short while.

Late one quiet evening in early spring, a young woman went out into the garden behind her home near the village of Oxted, in England. This was not an unusual thing for her to do as she found walking or even just sitting there among the trees and the wildlife, calmed her mind and insulated her from the hustle and bustle of everyday life. What would make that evening unforgettable was the fact that on that occasion, the woman, a musician, decided to bring her cello with her. She normally practiced indoors but while playing near to an open window late the night before, she thought she could hear the faint sound of a bird singing off in the distance. Intrigued, she decided to practice outside in the open air the next evening.

The following evening, in a clearing surrounded by a stand of birch saplings, she sat down under an oak on a garden bench and began to practice her music. The place she had chosen to sit and practice, formed a natural amphitheater and as she drew the bow across the strings and felt the familiar vibrations coursing through her body, the notes floated on the air in all directions and formed a comforting cocoon around her. ‘It felt magical’ she remembered thinking later when the memories of that first evening playing music in the open air returned and filled her mind. 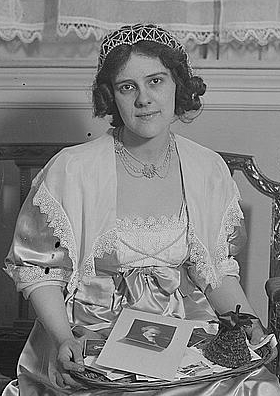 As she continued to play, she became aware of a bird’s faint warbling sound accompanying her music. Not sure of what she had really heard, she stopped to listen and noticed there was only silence. Curious, she began to play again, and this time listened more intently. Sure enough, the little bird sang along with her cello music as she played and noticed that if she stopped playing the bird stopped singing. Continuing to play, she became aware that the bird started to sing again and appeared to get louder. Eventually the bird felt so comfortable with and unafraid of the human invading his space, that it chose a branch quite close to the strange, music playing woman, so close that the woman recognized it as a small brown songbird called a nightingale. The next night was the same and the following night too. As she played, the little nightingale would join her and sing along to her playing as if they were joined in a duet. That first encounter was to be the start of an extraordinary relationship that would eventually enthrall the world.

Nightingales are so named because they frequently sing late at night while no other birds sing after sunset. The name has been used for more than 1,000 years, being highly recognizable even in its Old English form ‘nihtegale,’ which means "night songstress". Early writers assumed it was the female which sang but it is in fact the male. The song is loud, with an impressive range of whistles, trills and gurgles. Its song is particularly noticeable at night because few other birds are singing then, therefore, its name includes "night" in several languages. Only unpaired males sing regularly at night, as nocturnal song probably serves to attract a mate. Singing at dawn, during the hour before sunrise, is assumed to be important in defending the bird's territory. Nightingales sing even more loudly in urban environments, to overcome the background noise. The song of the nightingale has been described as one of the most beautiful sounds in nature, inspiring songs, fairy tales, opera, books, and a great deal of poetry.

Cellist Beatrice Harrison was born in Roorkee, North-West India. Her family moved back to England during her childhood and she studied at the Royal College of Music, London, and afterwards under Hugo Becker, the famous German cellist, and later at the High School of Music in Berlin. In 1910 she won the Mendelssohn Prize, and made her debut in the Bechstein Hall, Berlin. Beatrice was the sister of May Harrison, violinist, Margaret Harrison, a pianist, who also bred Irish Wolfhounds and was a dog show judge, and Monica Harrison an English mezzo-soprano. Both May and Beatrice won the Gold Medal of the Associated Board for violin and cello respectively. The Harrison family became friends with Roger Quilter and his circle through the Soldiers' concerts in 1916. On 11 March 1918 Beatrice performed Dvořák's Cello Concerto in B minor with the Royal Philharmonic Orchestra under Thomas Beecham. 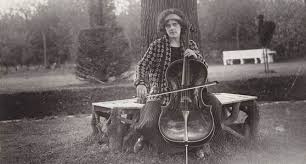 In 1924, after making her debut cello performance from the BBC studio in London she persuaded Sir John Reith, the BBC’s general manager, to arrange a live outside broadcast with the nightingales from the garden of her home in Surrey. The BBC's founder and director general John Reith initially balked at the idea, complaining that the birds would be prima donnas, would be costly and unpredictable, and second-hand nature was not what people needed to hear. But Beatrice was adamant and succeeded and the recording went ahead anyway. With Reith convinced, the BBC’s Assistant Chief Engineer, Captain Arthur Gilbert Dixon West, and an assistant, were called in to set up the equipment the day before. The only equipment used in the first broadcast was a single Marconi-Sykes magneto phone, a large portable ‘A’ amplifier, a few batteries, and a drum of cable.

Engineers carried out a successful test and the following night the live broadcast took place, one of the very first BBC outside broadcasts. They interrupted the Savoy Orphean Saturday evening performance to go to Harrison playing Elgar, Dvorak, and Ireland’s un-official anthem “Danny Boy”, but the birds were silent, probably because of the human activity. For a while everybody thought it was going to be a failure when finally, 15 minutes before the end of the broadcast, the nightingales started chirping and history was made. There, in the darkness, under an oak tree, surrounded by rabbits, birds, microphones, recording engineers and wires, Harrison performed Ireland’s adopted anthem “Danny Boy” accompanied by the sound of nightingales and broadcast it to a radio audience of a million people. It was the first-time people had been able to hear a wildlife broadcast live on the UK radio and it would run until its poignant ending during World War Two. 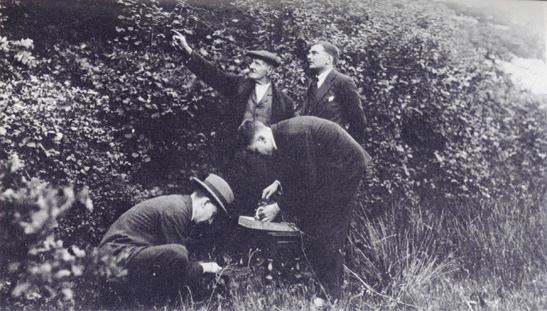 The public reaction was phenomenal. So much so that the experiment was repeated the next month and then every spring for the following 12 years. Harrison and the nightingales became internationally renowned and she received 50,000 fan letters. Some even came from overseas, addressed simply to The Nightingale Lady. Writing in the Radio Times before the second broadcast, Lord Reith said the nightingale "has swept the country...with a wave of something closely akin to emotionalism, and a glamour of romance has flashed across the prosaic round of many a life". He also said in his 1924 book Broadcast Over Britain: "Already we have broadcast a voice which few have opportunity of hearing for themselves. The song of the nightingale has been heard all over the country, on highland moors and in the tenements of great towns."

On May 19, 1942, three years into World War Two, the BBC was back in the same garden planning to broadcast the nightingales without Beatrice and her cello. But 197 bombers (Wellingtons and Lancasters) began flying overhead on their way to raids in Mannheim and the engineer realized a live broadcast of this event would break security. The recording went ahead anyway since the lines to the BBC were open and a two-sided record was made, the first side with the departing planes, the second with their return (11 fewer). This recording is extremely poignant -- the sound of the bombers throbbing behind the beauty of the bird song.

Listen to the recording here:

Many thanks to the BBC archives and Wikipedia for some of the info used in this article.

This Nightingale incident is referenced in the new Netflix film, "The Dig," and most likely also in the novel that informed the film!

I know. Such a great story I had to share.

A lovely story of if a young woman  cellist who drew a nightingale to gradually sing to her music .Whilst it was gradual eventually the bird moved closer to her playing in the garden.Another interaction with the natural world which can be overlooked by many.

when the author talks about ww2 I am reminded of the song As nightingale sang in Berkeley Square.A sign of hope that life might be  returning to as normal as possible .life renews .

Appreciate the story and one of hope .Thank you.